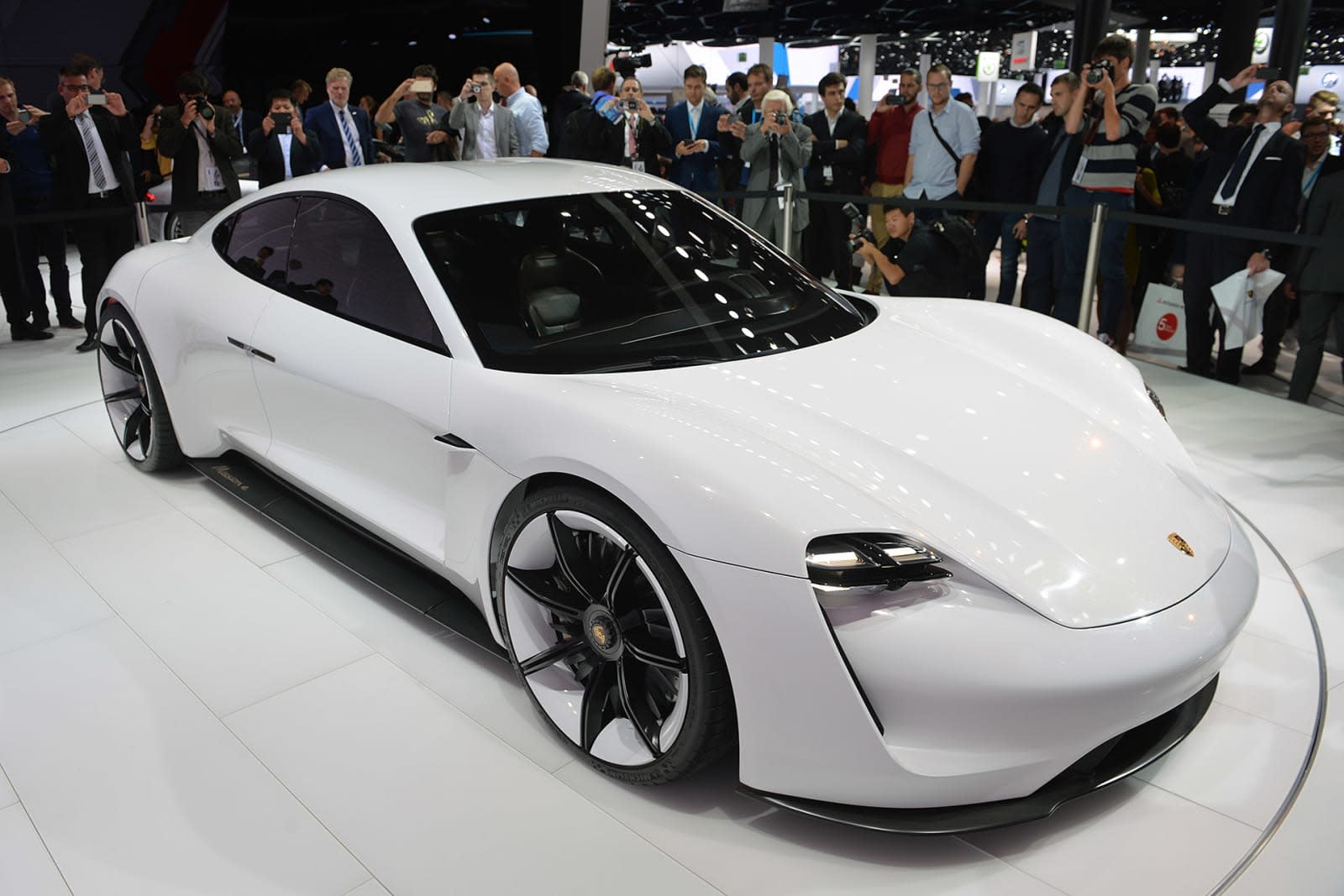 Porsche and Audi are no stranger to sharing car innards (the Cayenne and Macan use the same basic chassis as the Q7 and Q5, for instance), and that's holding true in the electric era. Porsche's Oliver Blume and Audi's Rupert Stadler told Stuttgarter Zeitung in an interview that the two Volkswagen-owned brands will jointly develop a common EV platform that will find its way into several models from 2021 and beyond. Audi is already expecting two sedans and two SUVs, while Porsche could build its first vehicle on the platform at the same factory as the Macan. This doesn't mean you'll see an electric Macan, but that suggests it isn't an electrified coupe.

Which cars come first and when depends on CO2 emissions requirements, Blume said.

It won't surprise you to hear why they're sharing resources: money. Blume said it would cost about 30 percent more for each brand to develop their own EV platforms. It won't be a trivial expense even then. Stadler estimated that it would require a "low single-digit billion euro sum" to develop the platform by 2025.

This is separate from the Mission E, which remains Porsche's current focus. And this doesn't preclude either company from building custom platforms when their goals demand something specific -- we'd expect Porsche to go that route for sports cars. However, it does give you a good idea of what to expect when EVs hit the market in earnest. As with some conventional cars, the biggest differences between EVs may revolve around power plant choices and styling rather than their underlying designs.

In this article: audi, car, electriccar, electricvehicle, ev, gear, porsche, transportation, vag, vehicle
All products recommended by Engadget are selected by our editorial team, independent of our parent company. Some of our stories include affiliate links. If you buy something through one of these links, we may earn an affiliate commission.