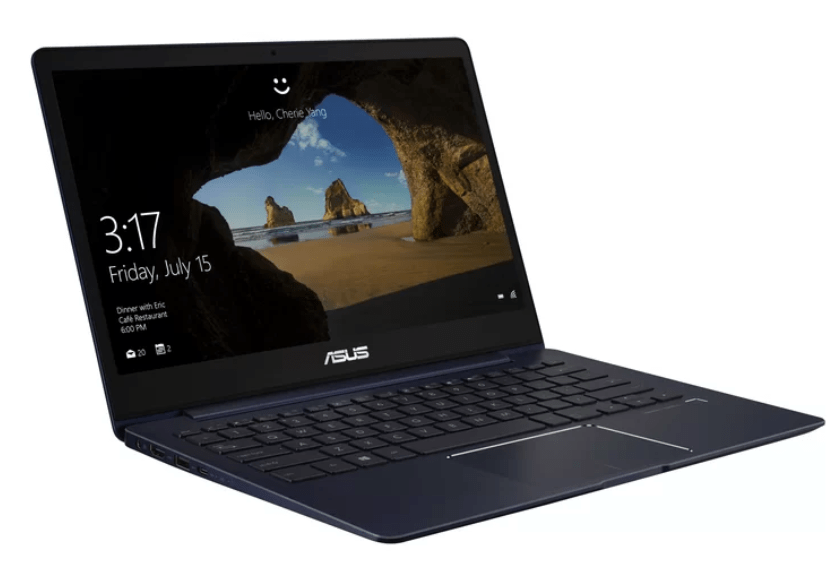 ASUS showed off its ridiculously thin and light ZenBook 13 at CES earlier this year, but the model was missing a key component: a dedicated GPU. Now, though, the new ZenBook 13 UX331 offers the whole shebang at just 0.47-0.55 inches thick and weighing in at just 2.47lbs, with a discrete graphics card on board and a 13.3" FHD touchscreen display.

The visual grunt work comes courtesy of an Nvidia GeForce MX150 2GB GDDR5 GPU, and will provide extra performance for gaming and GPU-intensive tasks and certainly a boost over the Intel UHD cards found in ultrabook counterparts. ASUS says it's the world's thinnest laptop with a discrete GPU, and it'll no doubt play a role in bumping the brand's sales of gaming machines, which ASUS expects to increase by 33 percent this year.

The machine also features two USB 3.0 ports, a micro SD card reader, headphone-out, audio-in jack, dual band 802.11ac Wi-Fi, and a 50Wh lithium polymer battery that boasts up to 14 hours of runtime. You'll get 60 percent charged in just 49 minutes, too, but then again you'd expect a quick charge time for such a lightweight machine. It's on sale now for $1,000.

In this article: asus, discrete graphics card, gaming, gear, GPU, personal computing, personalcomputing, ultrabook, ZenBook 13
All products recommended by Engadget are selected by our editorial team, independent of our parent company. Some of our stories include affiliate links. If you buy something through one of these links, we may earn an affiliate commission.