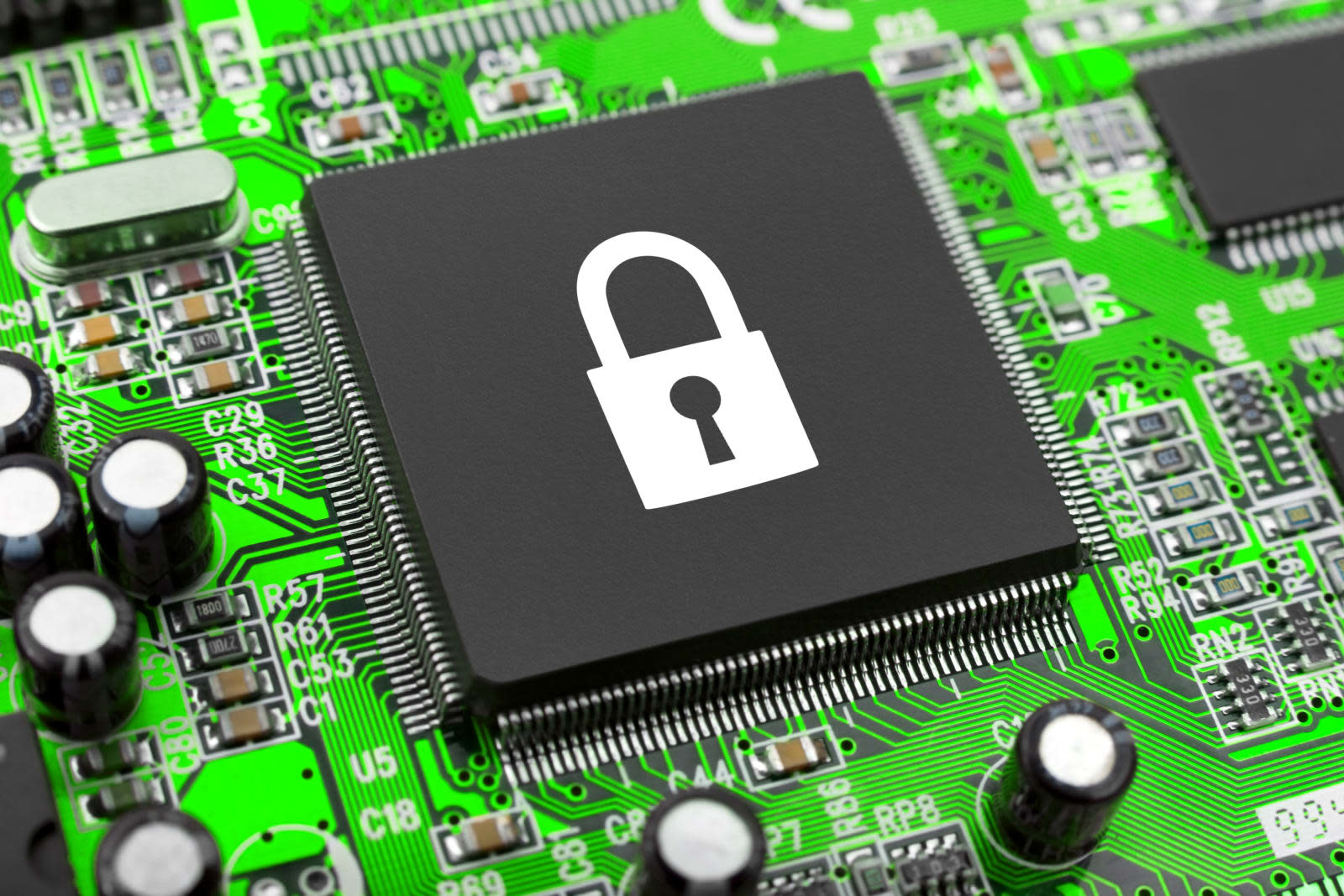 The Internet of Things hasn't ever been super secure. Hacked smart devices have been blamed for web blackouts, broken internet, spam and phishing attempts and, of course, the coming smart-thing apocalypse. One of the reasons that we haven't seen the same sort of encryption as the web affords, however, is that such protection is energy-intensive. MIT is working on a new chip, however, to perform this sort of public-key encryption that only uses 1/400 as much power as a software solution would. In addition, the chip uses about 1/10 as much memory and executes processes 500 times as fast.

MIT researchers used a technique called elliptic-curve encryption, which relies on a mathematical function to secure transactions. The new chip sets itself apart by being able to handle any kind of elliptic curve, which, in addition to low power use and a high speed of computation, makes it much more useful as an encryption solution. "Cryptographers are coming up with curves with different properties, and they use different primes," said lead author Utsav Banerjee in a statement. "There is a lot of debate regarding which curve is secure and which curve to use, and there are multiple governments with different standards coming up that talk about different curves. With this chip, we can support all of them, and hopefully, when new curves come along in the future, we can support them as well."

In this article: chip, encryption, internet, MIT, research, security, tomorrow
All products recommended by Engadget are selected by our editorial team, independent of our parent company. Some of our stories include affiliate links. If you buy something through one of these links, we may earn an affiliate commission.