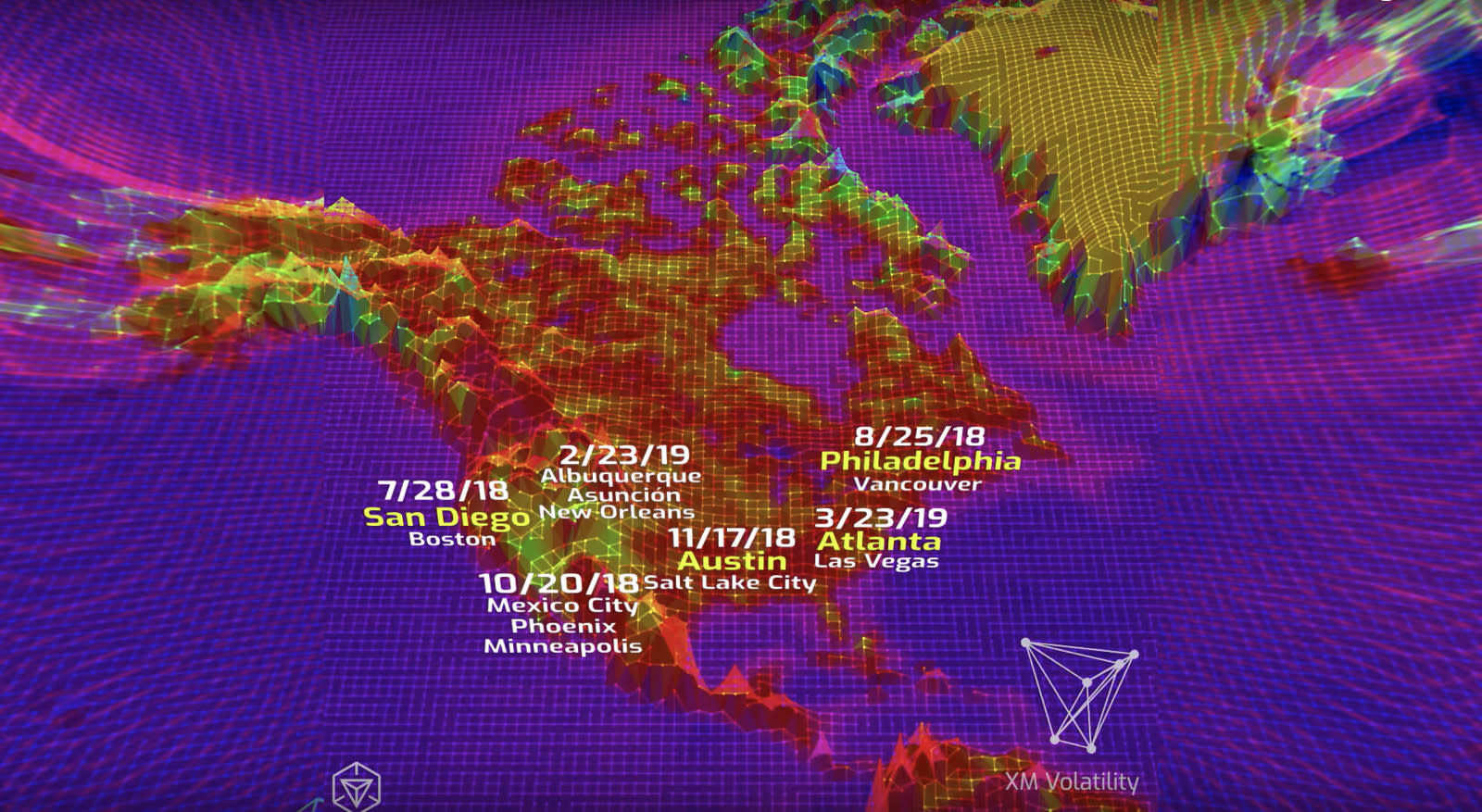 Niantic hasn't forgotten its old, less-popular game Ingress even though its name has mostly been associated with Pokémon Go these past couple of years. After giving us a sneak peek of its revamp called Ingress Prime late last year, the AR game-maker has revealed that it's hosting 48 free real-world events for the hidden-reality sci-fi game in 2018 and 2019. They'll take place around the globe, adding layers of mystery in augmented reality to cities, turning them into interactive locations where players can find "portals," mostly on public art and landmarks.

Ingress players are divided into two factions: one attacks those portals to destroy them, while the other faction restores them. Its backstory on the App Store and Google Play reads:

"A mysterious energy has been unearthed by a team of scientists in Europe. The origin and purpose of this force is unknown, but some researchers believe it is influencing the way we think. We must control it or it will control us.

'The Enlightened' seek to embrace the power that this energy may bestow upon us. 'The Resistance' struggle to defend, and protect what's left of our humanity."

Niantic has hosted over 2,000 real-world Ingress events since it came out in 2012. This round, which welcomes players of any level, will start in Fukuoka, Japan on April 7th, 2018 and will end in Chicago on May 18th, 2019. In between, the company will go to various countries, including Latvia, Maldives, Austria, the Philippines, Singapore, Taiwan, South Korea, the Czech Republic, Mexico, Spain, Thailand, Germany, Hong Kong, Indonesia, Paraguay, Romania, Portugal, Greece, India, Italy, Vietnam and the UK. Some locations will feature unique onsite activities, such as stage shows, live actors, social meet-ups and reveals, while others will be a bit less exciting.

You can check out Ingress' list on its events page if you're getting bored with Pokémon Go and need an AR game to play until Niantic drops its Harry Potter experience. Just take note that the list doesn't include the first event in Fukuoka and the next two in Camp Navarro, California and Schloss Kaltenberg, Germany, which are both scheduled to take place from May 25th to 28th, 2018.

In this article: ar, augmentedreality, gaming, ingress, internet, niantic
All products recommended by Engadget are selected by our editorial team, independent of our parent company. Some of our stories include affiliate links. If you buy something through one of these links, we may earn an affiliate commission.