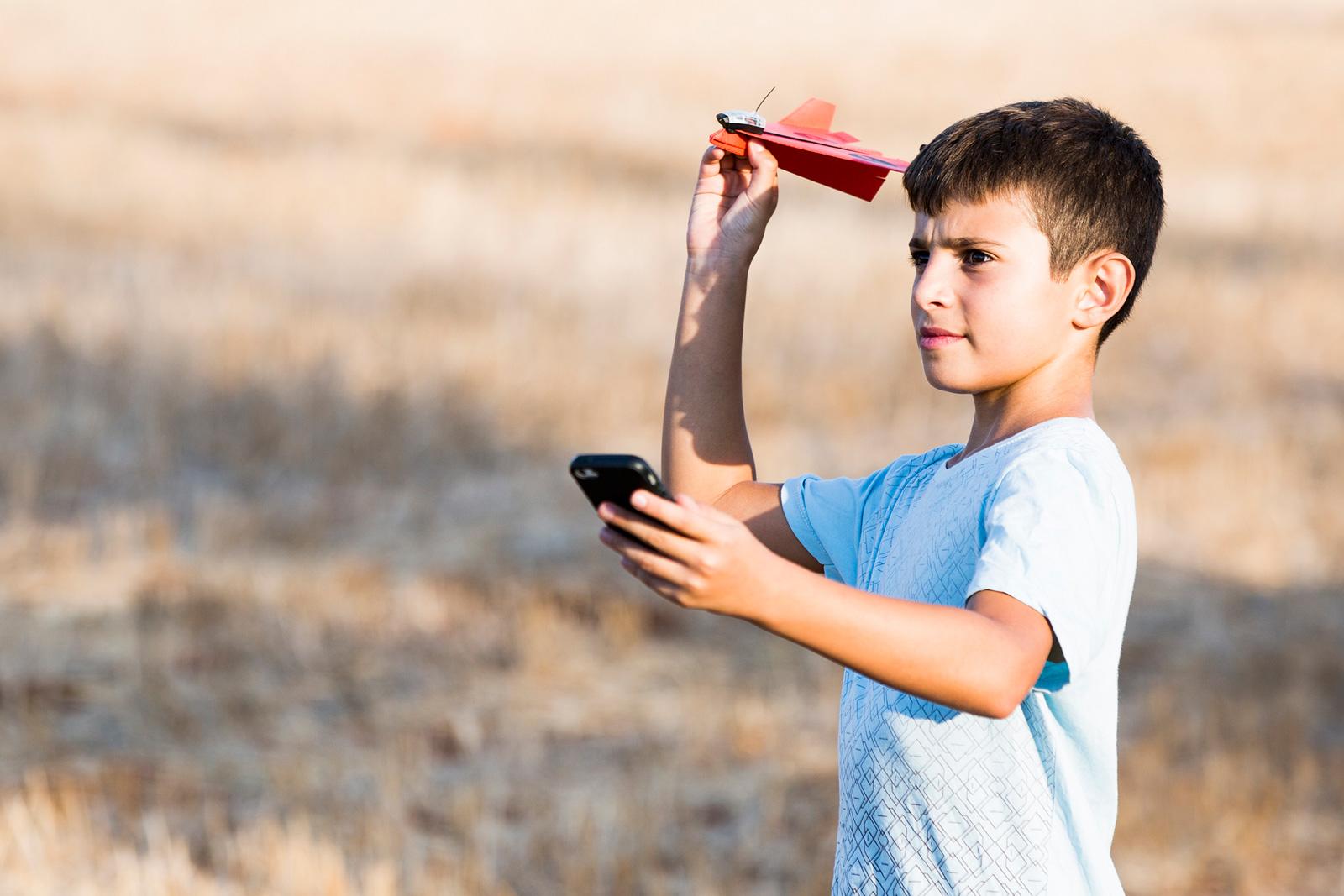 PowerUp first previewed its smartphone-controlled paper airplane back in 2014, but now it's finally available to everyone. The startup has announced that a retail version of its Dart aircraft will ship in February, and is running a pre-order campaign for barebones (just the propeller module and two templates) and standard (wheels and Japanese aerobatic papers) kits that start at $29 and $37 respectively. Higher-priced packs offer additional modules and stands for your aeronautics-minded friends.

Most of the kits will arrive later in the month, although a few (including the standard Solo kit) might not ship until May.

As before, PowerUp's Dart is all about converting paper planes from simple gliders into powered aircraft you can steer with an app. It should not only be less expensive than a model aircraft (especially if there's a crash), but gives you the freedom to fold the airplane that suits your style. You can make a slow-but-steady distance champ, a speed demon or something in between. Think of it as a customizable remote-controlled machine that you can afford to fly aggressively.

In this article: children, crowdfunding, gear, indiegogo, kids, mobile, newyorktoyfair, paperairplane, powerup, toyfair, toyfair2018, video
All products recommended by Engadget are selected by our editorial team, independent of our parent company. Some of our stories include affiliate links. If you buy something through one of these links, we may earn an affiliate commission.