Mattel's last Kamigami STEM robot was an adorable DIY lady bug. Now, the toy company is aiming for something bigger with its new Jurassic World bots. You'll still have to put them together first, but what you end up with is a complex robo-dino with realistic movement. And, just like before, they'll also help kids bone up on their STEM chops. 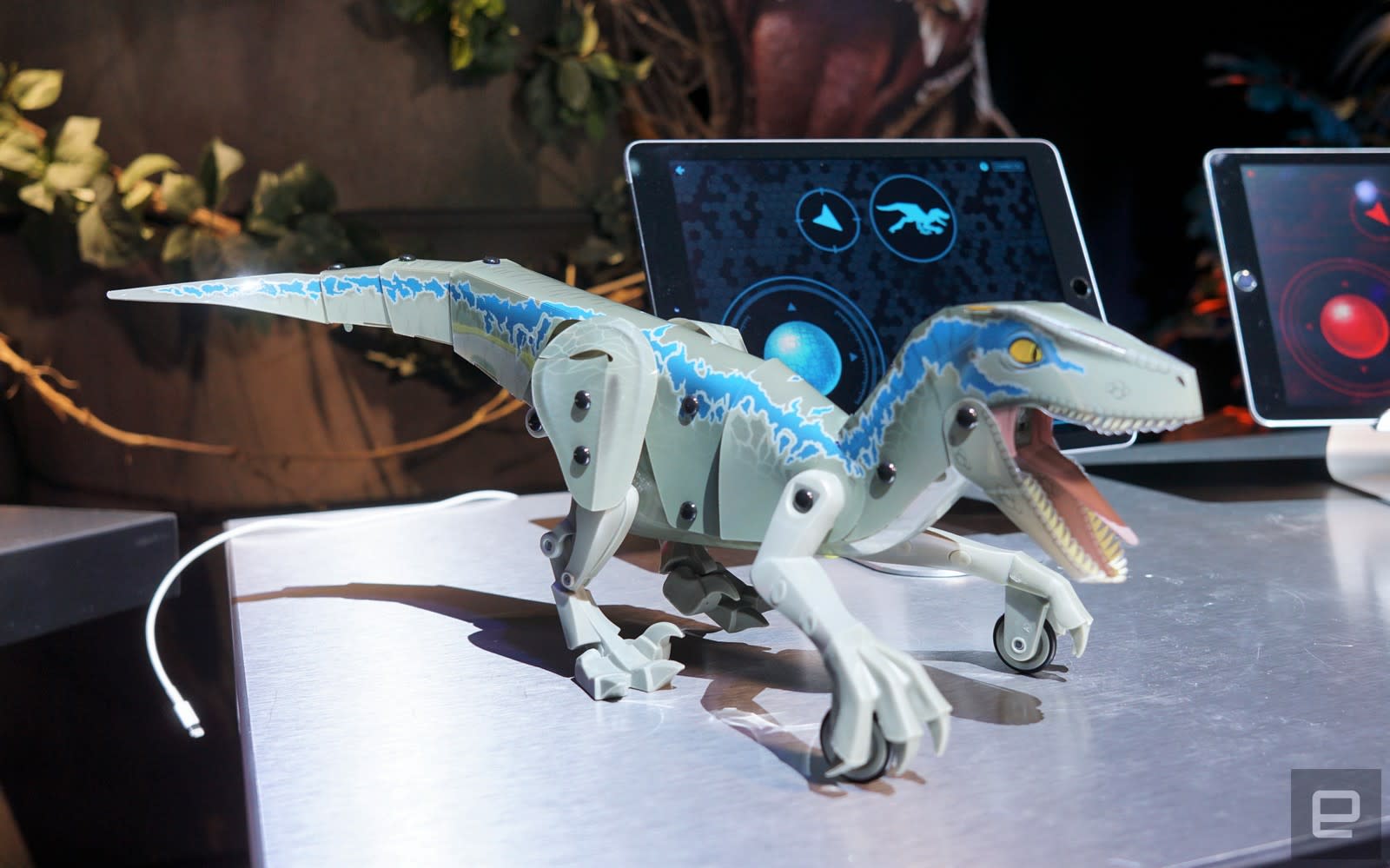 You'll have two options to choose from with the Jurassic World Kamigami Robots: "Blue" the velociraptor, or the new villainous Indoraptor. It shouldn't be too tough to build them, since you just need to snap together a few plastic pieces. The real innovation is in how they move. Their tails bend and wave naturally, as do their feet. They almost look like tiny dinosaurs scurrying around the floor.

You'll be able to control things like their eye color, movement and sounds from the Kamigami Jurassic World mobile app. But more importantly, you can also program them to do your bidding with a simple interface. Like most STEM toys, it's more about getting you to understand the logic of programming, rather than teaching you an actual language. 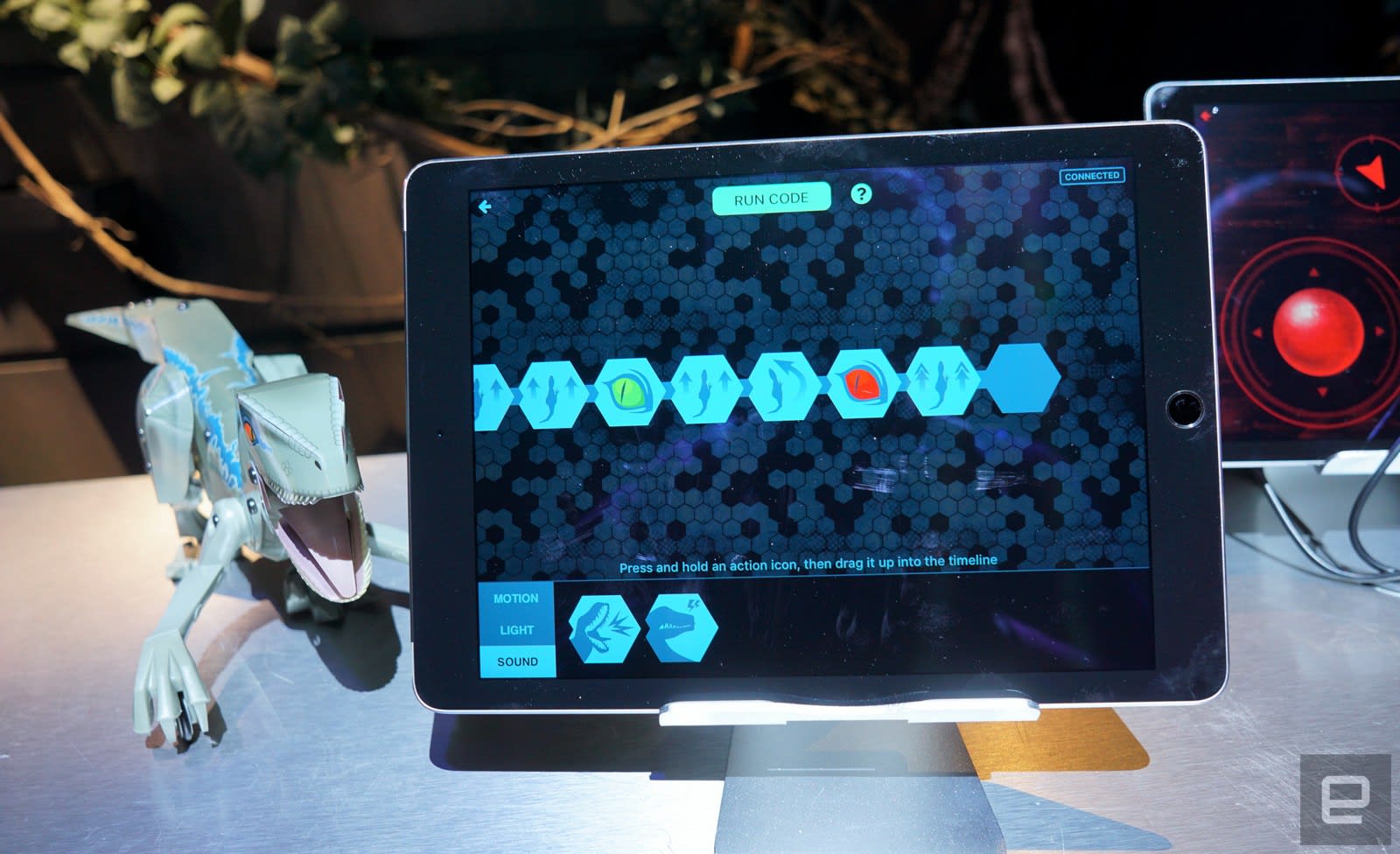 Also new this year is the Pterano-Drone, a flying toy version of the Pteranodon from Jurassic World. Its simplified controller will make it easy for kids to control, and there are also auto-landing and auto-circling options to simplify the more complex tasks. Mattel developed a patented plastic cover around the rotor blades, which will automatically turn off the engine when kids hold them down. It's one way to avoid clipping fingers, a fairly common issue for drones.

All of the toys will be launching this spring, ahead of the June 22nd release of Jurassic World 2. The Kamigami robots will run for $60 each, while the drone will cost $120.