Kamigami is a cute robot bug you build yourself

There are plenty of products out there that teach STEM skills, from robots you can code to kits for building musical instruments or games. But the "fun" is often short-lived. Most of the activity is rooted in the building process, and the final product is often too basic or simplified to be very interesting. By contrast, Dash Robotics and Mattel's new Kamigami robotic kits are very much focused on what kids do after they finish putting them together. They still get a sense of accomplishment and might pick up a few STEM skills in the process, but in the end it's really about having your very own cute bug bot to race, battle and customize.

The basic design of each Kamigami robot is based on company founders Nick Kohut and Andrew Gillies' academic work in biomimicry, which involved building machines that could walk like insects. When fully assembled, each Kamigami has six legs, like a real bug, with three of the feet facing forward and three facing backward, in an alternating pattern. This means that once you put it together and start controlling it with the app, there's always one set of legs driving the robot forward, letting it run very, very fast. 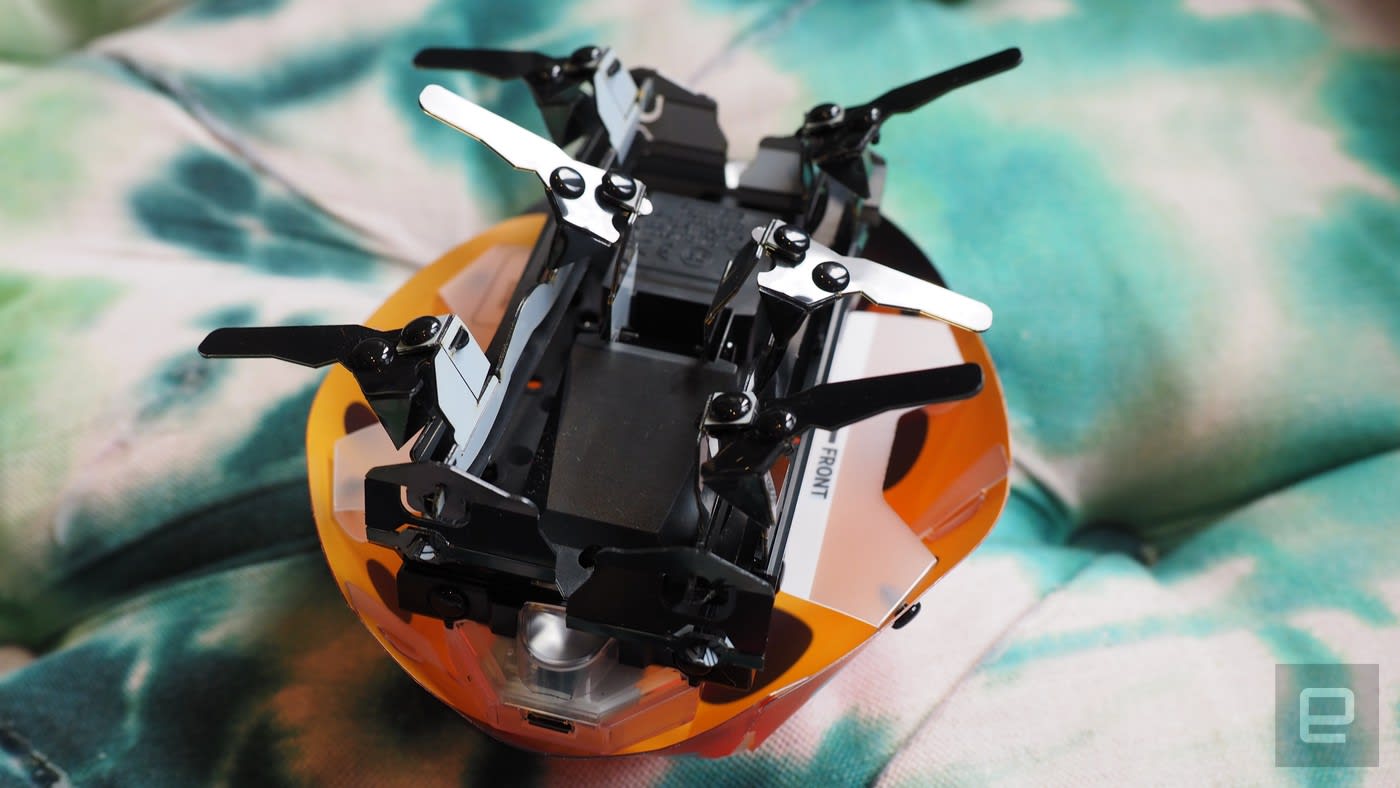 The legs are one of the main things you'll have to assemble yourself, along with the distinctive plastic shell, based on one of six different insects, including a cute ladybug, a shiny rhinoceros beetle and a fierce-looking scorpion. Each kit comes with a preassembled central unit containing the electronics module and gearbox, equipped with useful sensors like an accelerometer, gyroscope, IR transmitter and two IR readers, as well as speakers and LED lighting. You'll be asked to download the app on your phone and sync with the base unit via Bluetooth, after which the program will walk you through assembling the Kamigami. 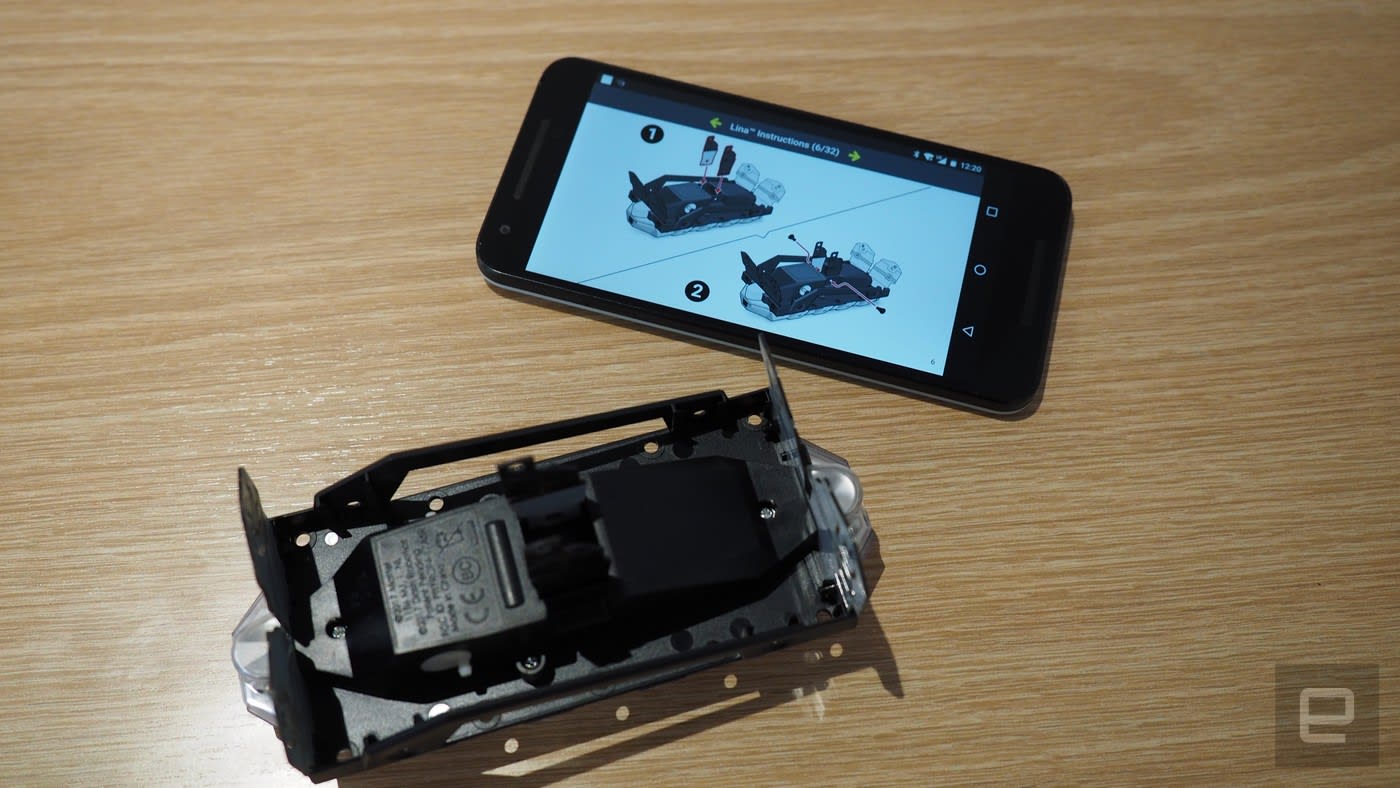 It's actually pretty simple, though a bit nerve-racking. At first I was scared I would accidentally break the plastic pieces, but they proved to be pretty sturdy as I slotted them together and bolstered them with black rivets. But while I managed to put together the Kamigami in less than an hour, it was still somewhat challenging. The rivets are difficult to remove if you make a mistake, and some of the tabs are really small and hard to manipulate: I could see a kid getting frustrated and handing it off to their parents to finish.

Once you've got the legs and shell attached, you can just jump into the rest of the app and have the bug skittering around almost immediately. You control the robot's actions directly using the joystick on your screen, or select preprogrammed actions like a figure eight or a little dance. A coding mode lets you program simple movement, light and sound patterns for your bug. There's even a battle mode that allows two Kamigami to wrestle physically in a sumo match and shoot virtual ray guns at each other.

I started out with just having mine run around and it worked fine, though I noticed it had a tendency to list to the left a bit. When moving about on its own, the Kamigami avoided most obstacles thanks to its array of sensors, though it would occasionally get stuck under things like the legs of an office chair. Placed on a long bench, it successfully detected and kept away from the edge several times. When it eventually did fall off, it ran off on its merry way, no worse for the wear. 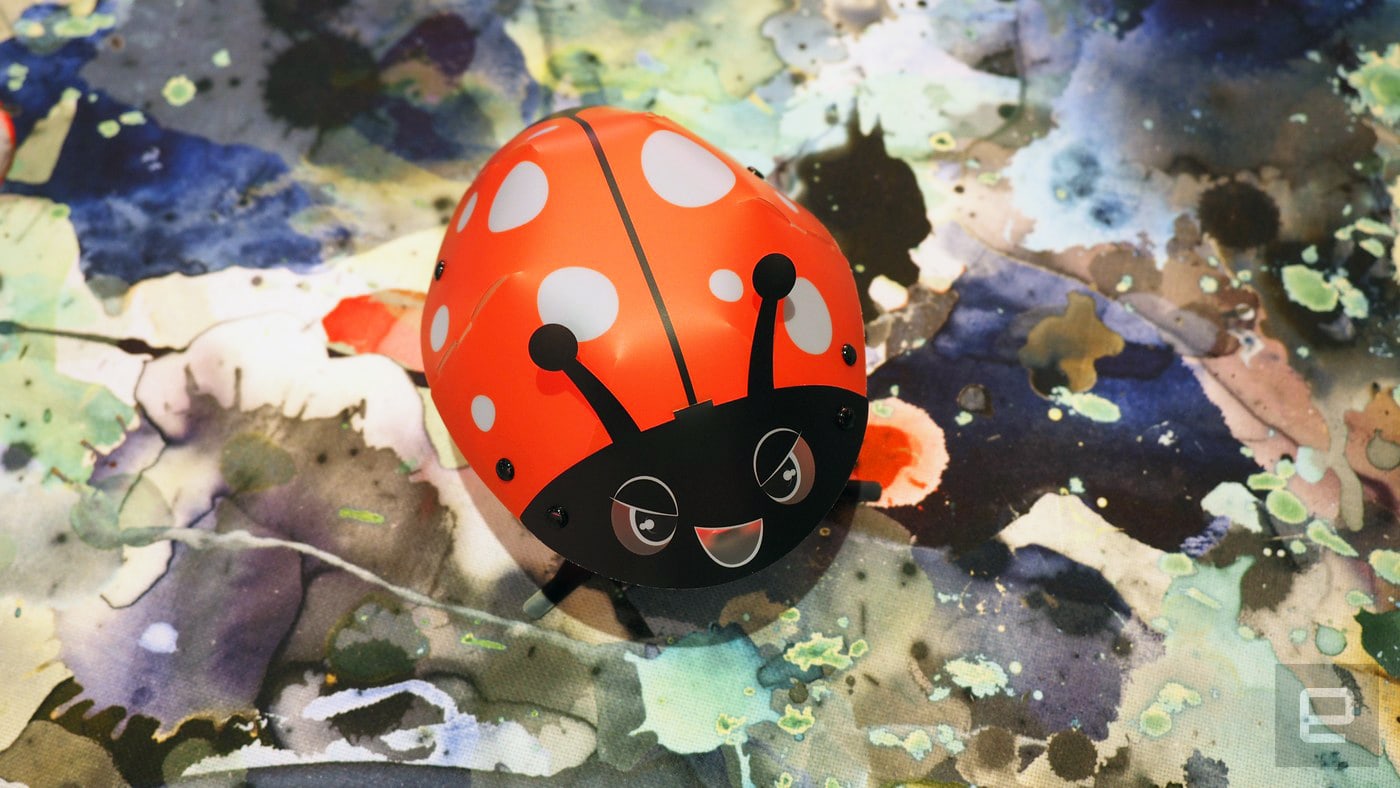 While the racing and battling aspects are fun, especially when you have multiple Kamigami to play with, the coding functions felt a little weak. The number of commands the app gives you is rather limited, and the drag-and-drop interface, combined with my phone's small screen, made it hard to design any long or complex routines. If you want to teach your kids coding, they're better served by products like LittleBits, which have a more explicit focus and can be used on a desktop.

But if building and battling your very own skittering robotic insect is something that appeals to you, Kamigami goes on sale today at Target for $50.