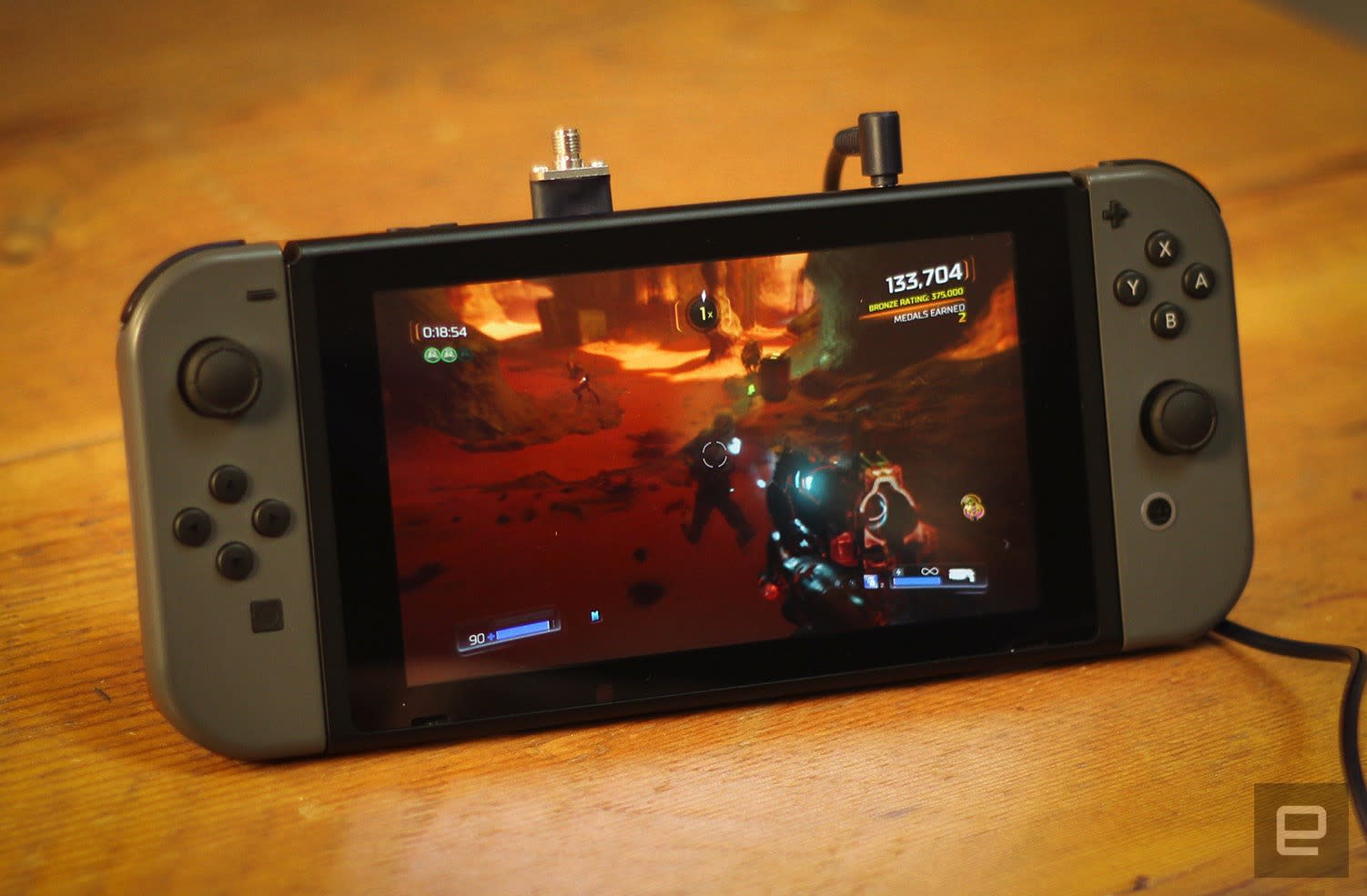 Doom's arrival on the Nintendo Switch back in November was something of a surprise, given the limitations of the platform, but it's quickly captured the hearts of many a gamer. Now, developer Bethesda has improved the gameplay experience even more. Polygon notes that a patch released today enables motion controls for the game.

Once you install the update, head into the menu and toggle "motion aiming." This allows you to aim by moving the right Joy-Con, similar to controls in The Legend of Zelda: Breath of the Wild and Splatoon 2.

Sean Buckley, one of our associate editors, spent some time with Doom before the game was released, and he was impressed with the port. He was surprised by the fact that "Doom on the Nintendo Switch feels identical to Doom on other platforms," given the Switch's hardware limits. He was enthusiastic from his limited time with the demo, and it looks like Bethesda has done the game justice.

A new update is now available for #DOOM on #NintendoSwitch, which includes Motion Aiming and multiplayer party support! https://t.co/UmNUdWunLk pic.twitter.com/GnRIj7TVip

In this article: bethesda, doom, gadgetry, gadgets, gaming, nintendo, nintendoswitch
All products recommended by Engadget are selected by our editorial team, independent of our parent company. Some of our stories include affiliate links. If you buy something through one of these links, we may earn an affiliate commission.