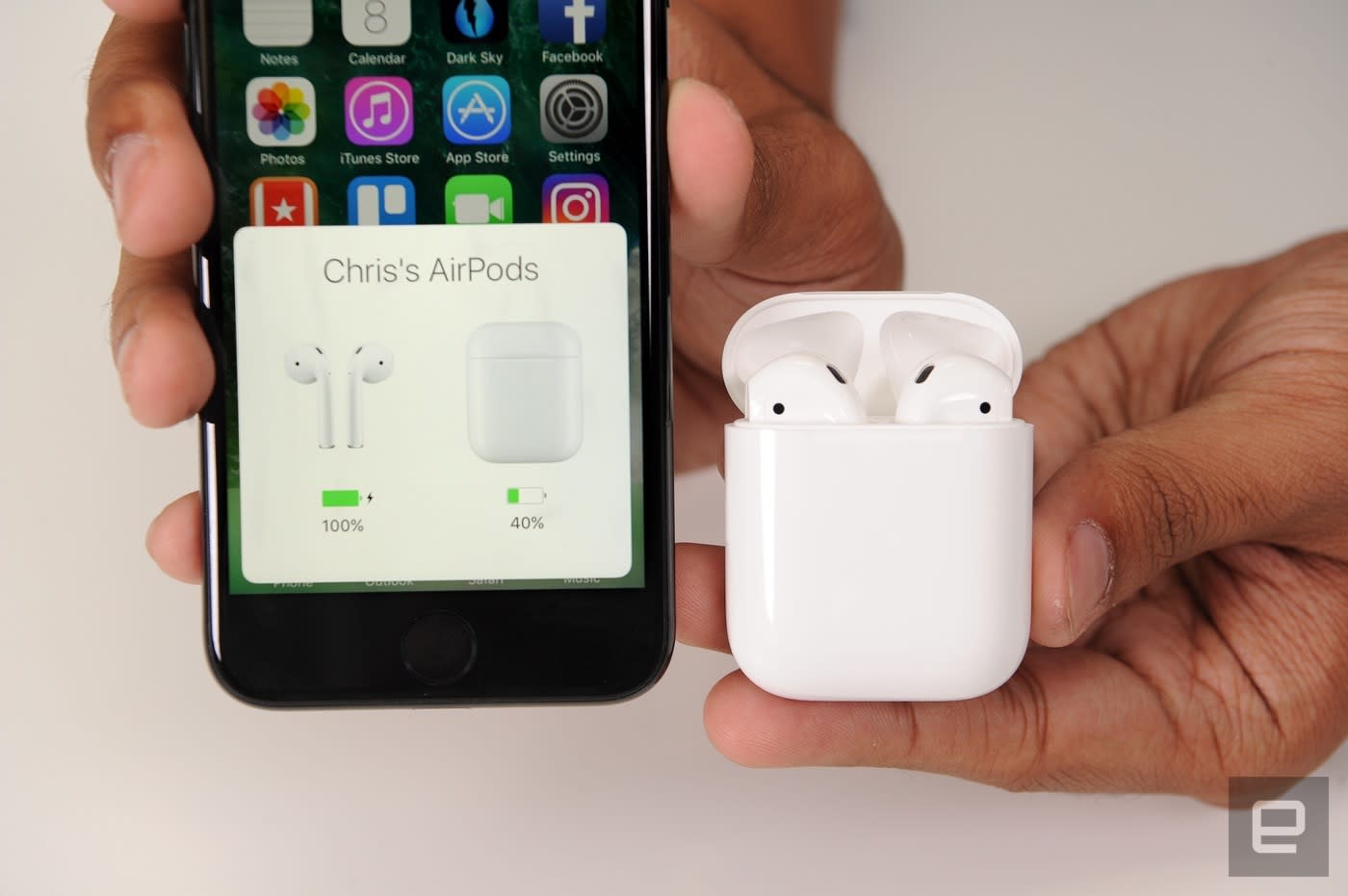 Apple plans to release upgraded AirPods regularly, according to Bloomberg, much like how it launches new iPhones like clockwork. The publication says the team that also created HomePod is already developing at least a couple of new versions, including one with an upgraded wireless chip and another that's water resistant. Apple reportedly plans to release the AirPods with an in-house designed chip for managing Bluetooth connections within the year, though it's unclear if its the same W2 chip inside Watch Series 3 devices or something new altogether.

Bloomberg says that model will also give you a way to summon Siri without having to tap the headphones. You'll simply have to say "Hey, Siri" the same way you do whenever you activate the voice assistant on an iPhone or a HomePod hands-free. Unfortunately, the model meant to be water-resistant won't be ready until next year, at least -- and it doesn't sound like you'll be able to take it swimming. At most, it won't be affected by rain or splashes of water, but it might not survive being completely submerged in liquid.

Considering Cupertino's "other products" category has been doing very well, it's not exactly surprising that it's taking the chance to grow that part of its business. The "others" category, which includes the AirPods, the Apple Watch and other accessories, saw a 70 percent year-over-year increase in revenue in the first quarter of 2018. You may want to temper your excitement for any new AirPod models, though. According to Bloomberg's sources, Apple could still change its plans or experience delays.

They didn't say if the tech titan plans to withdraw existing AirPods when new ones come out, but Apple is known to make older models available at a lower price when it's time to release upgraded designs. That way, it's lowering the barrier to entry and encouraging those on the fence to give its products a shot.

In this article: airpods, apple, gear, iphone, mobile
All products recommended by Engadget are selected by our editorial team, independent of our parent company. Some of our stories include affiliate links. If you buy something through one of these links, we may earn an affiliate commission.