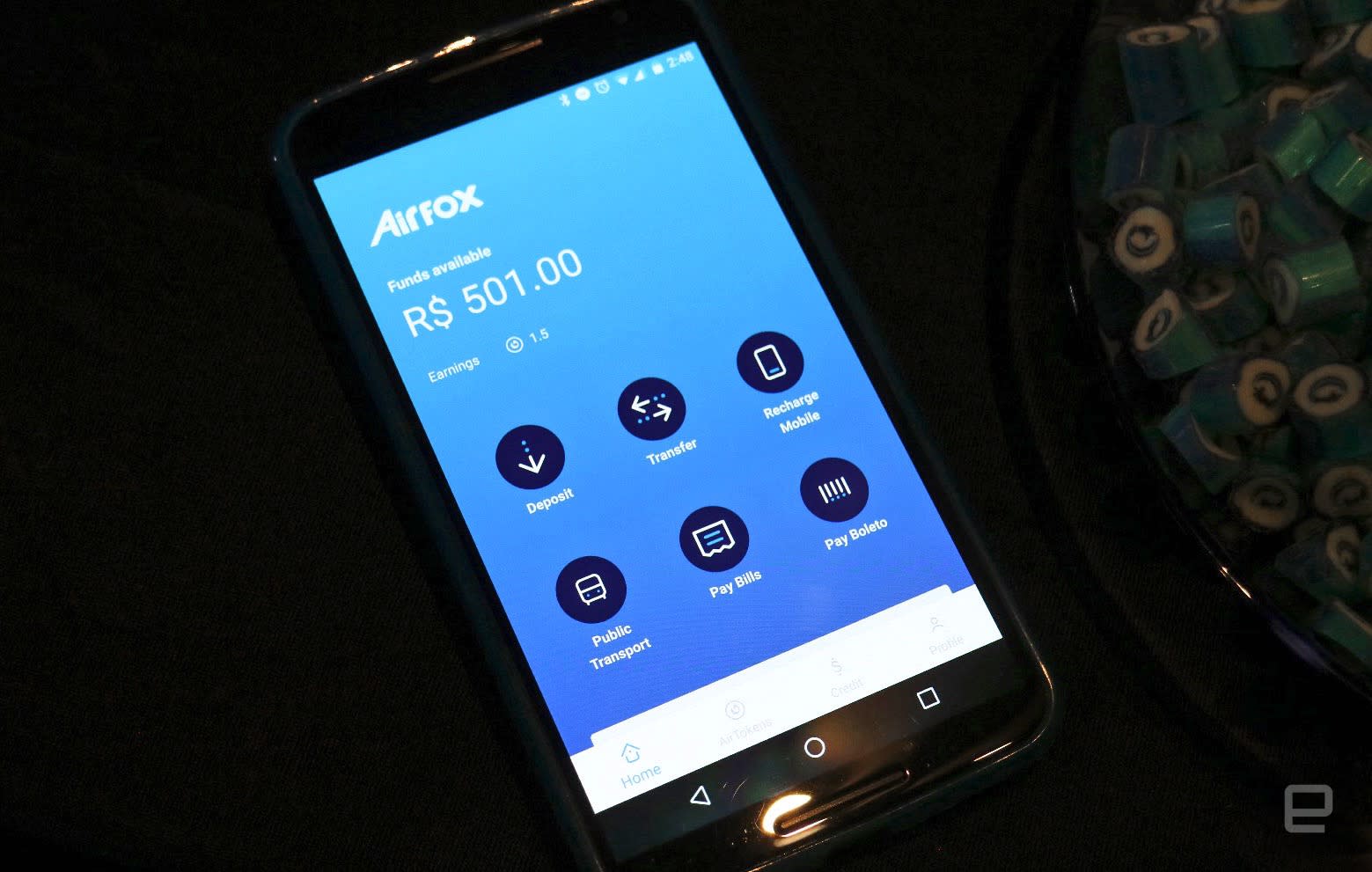 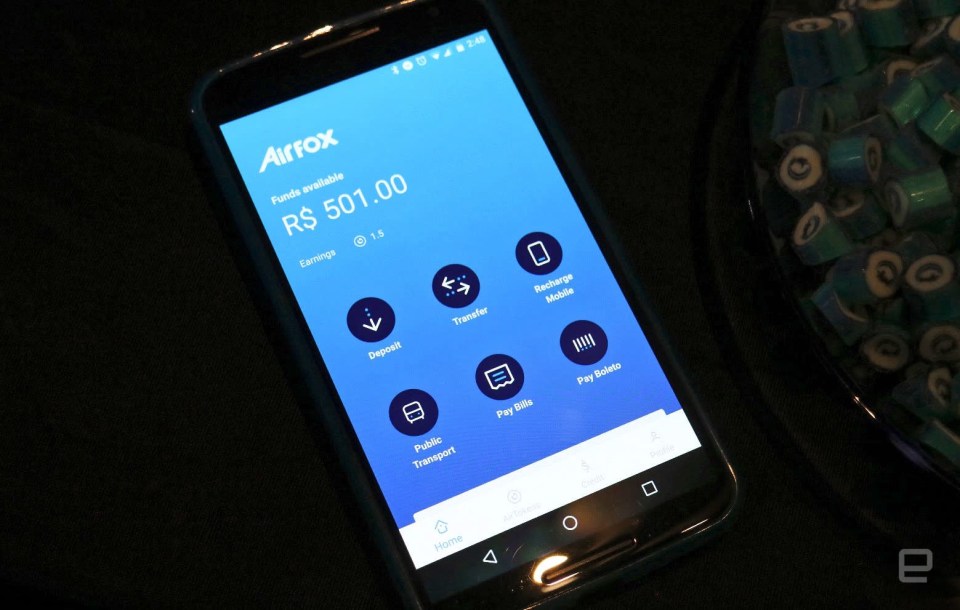 Mobile wallet applications aren't anything novel, but most of the existing ones (like Venmo or Square Cash) all have something in common: they require people to have a bank account or a debit/credit card to use them. That's where Airfox differentiates itself. The app is geared toward "unbanked" users in emerging markets who may not have a credit history, due to lack of resources or because they're generally not fans of banks. Part of how Airfox plans to succeed is by adopting services that are already offered in certain countries. Like in Brazil, for example, which is the first place the app's launching. There, users can put money in the app through a "Boleto," a popular paper-based payment method that can be loaded by depositing cash in ATMs.

The benefit to digitalizing these Boletos, which the app verifies by scanning their barcodes, is that people are able to have all their funds in a single app and use those to transfer money to friends or family -- so long as they're also on Airfox. But that's not it. Users can also pay their utility bills within the app and, in the future, they'll have the chance to refill public transportation cards. Although Airfox making use of Brazil's Boletos system is specific to that country, you get the idea of how it could be utilized in other emerging markets down the road. Airfox also wants to entice people to engage with the app often by rewarding them with cryptocurrency. Later on, there will be video advertisements in the application that users can watch if they want to earn some crypto, which they can then turn into traditional money and add it to their balance. The company says it's also going to offer micro loans, with the amount of money that can be offered and interest rates set to be based on how the app's algorithms view an individual's trustworthiness. Airfox says people can build up their score simply by using the app on a daily basis, as it'll keep track of your activity and know if you're depositing money often or paying bills on time.

Since this is aimed at people in emerging markets, Airfox doesn't plan to launch an iPhone app soon, as it notes that its target demographic leans more toward Android handsets. All in all, Airfox says its goal is to be cheaper and generally more accessible than traditional financial services, and it hopes to expand all these features beyond Brazil in the near future -- though it doesn't see coming to the US soon, since there are more banking regulations there than in most countries around the world.

In this article: airfox, android, bitcoin, blockchain, brazil, crypto, cryptocurrency, emergingmarkets, gear, google, hands-on, mobile, mobilewallet, mwc, mwc2018, services
All products recommended by Engadget are selected by our editorial team, independent of our parent company. Some of our stories include affiliate links. If you buy something through one of these links, we may earn an affiliate commission.