It's insane and I love it.

At CES, a certain portion of Engadget's staff fell in love with the Gemini, a reimagining of the Psion PDA from the late 1990s. If the promise of a dual-booting Android and Linux phone had you drooling at the mouth, strap in, because I've just seen the same hardware running Sailfish OS. That's right, the alternative mobile operating system that Jolla has been working on since 2011. It's one of the strangest and most surprising phone collaborations of 2018, and I can't help but applaud the audacity of it all. The only problem is that the phone isn't very fun to use -- not yet, anyway.

If you haven't used Sailfish OS in a while, let me bring you up to speed. The Linux-based platform is a successor to the MeeGo project that then-Nokia CEO Stephen Elop abandoned in favor of Windows Phone. It's heavily reliant on swipes; the original Jolla Phone didn't ship with a home button or navigation keys. Instead, you have to slide your finger in from the left or right-hand side of the display to go home. From there you can swipe left to see a notification center of sorts, or up to browse the colorful app drawer.

At first, it's a confusing interface to wrap your head around. Thankfully, I've used the Jolla Phone a couple of times before and quickly remembered how to traverse between the various software layers. If you're a newbie, though, expect a few frustrating hours as you try to recall how to switch apps or find the system settings. On the Gemini, you'll also need to grapple with its landscape-oriented display. The swipes are all the same, but it's tricky to open the app drawer because the keyboard tends to get in the way. It's also nearly impossible to do any of the gestures one-handed. 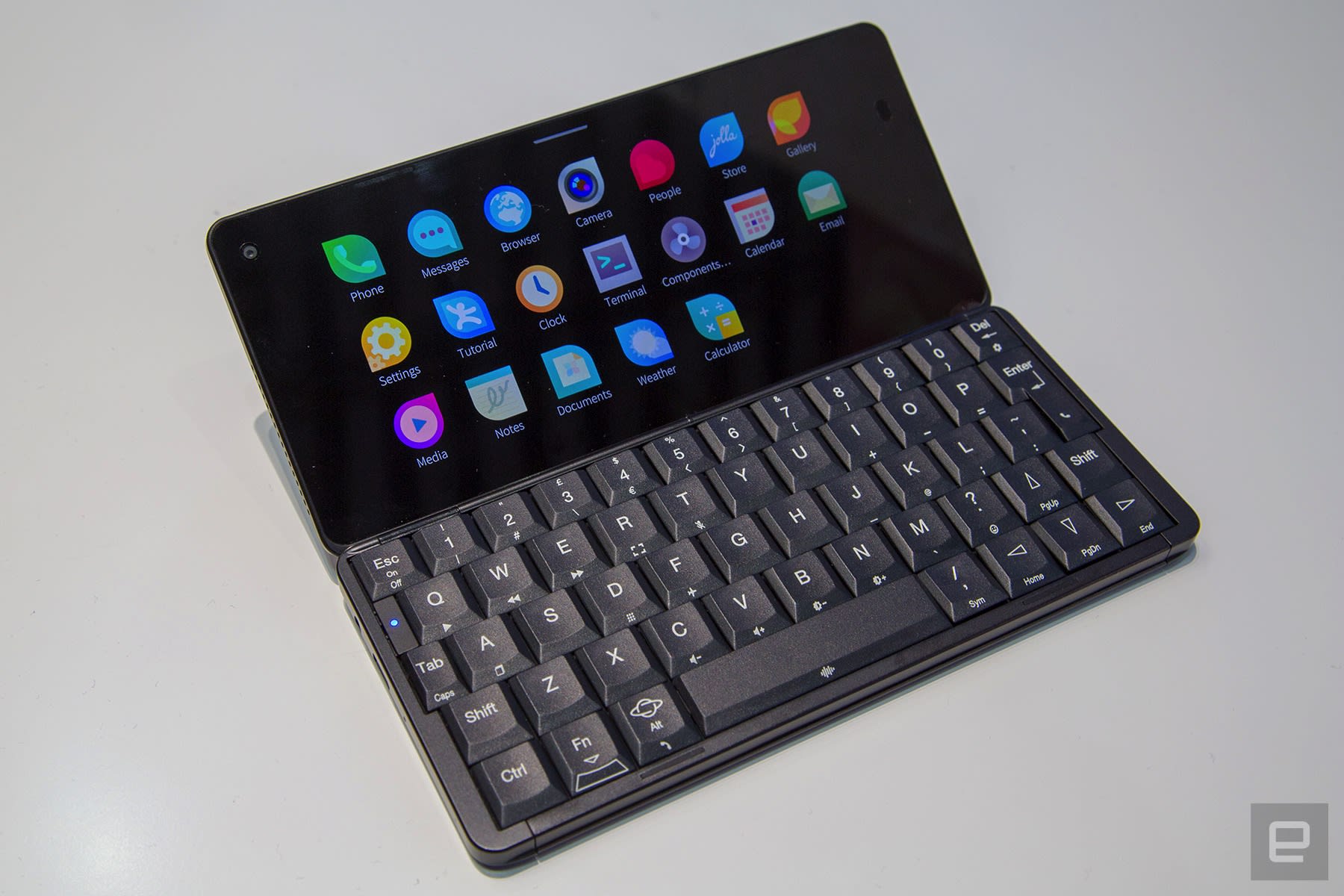 Performance was generally smooth as I opened apps and webpages in the browser. That's no surprise given the deca-core MediaTek processor and 4GB of RAM powering the Gemini PDA. As far as I can tell, it's the best mobile hardware that Sailfish OS has ever been paired with (Sony's Xperia X, which also supports Sailfish OS, has a Snapdragon 650 and 3GB of RAM.) Typing, though, felt like a slog. The keyboard is cramped and the stock note-taking app missed some of my keystrokes. I also found it difficult to reach the keys in the center of the keyboard with my little thumbs.

A Jolla spokesperson stressed, however, that I wasn't using final software. The company has a major update in the works, called Sailfish 3, that will introduce a new multitasking interface, a light theme, and "full cloud integration" including bookmark, note and photo syncing. That could eliminate some of the typing problems and add some Gemini-exclusive functionality. The Planet key, for instance (the Gemini is being built by a British company called Planet Computers) doesn't do anything right now. A Jolla employee also hinted at keyboard shortcuts -- pressing C while you're on the home screen, for instance, could open the camera or calendar app. 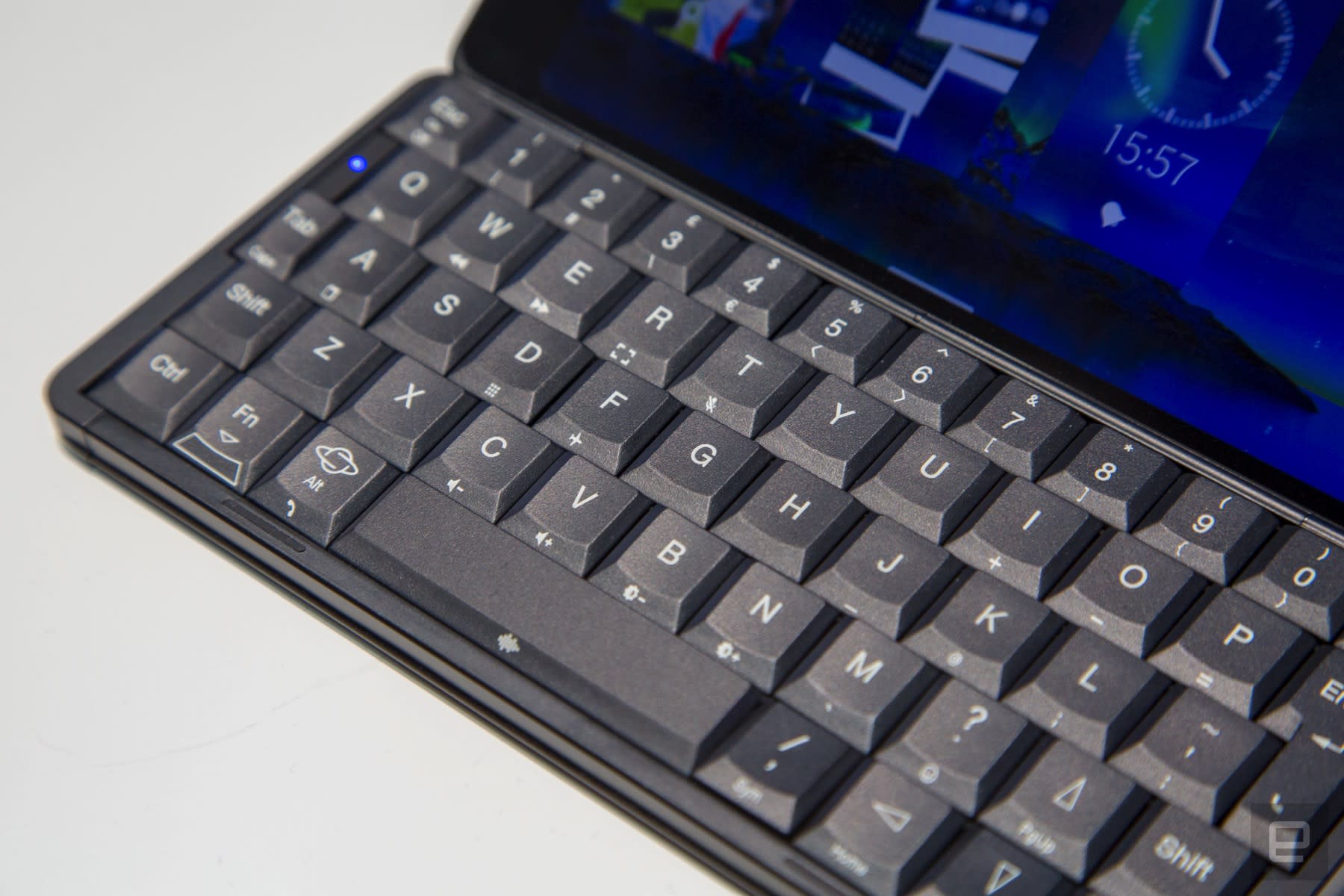 I love this idea. It would turn the Gemini into a pocket-sized laptop with Spotlight and Alfred-style key commands. I suspect it would be impractical -- again, this sort of input requires both hands and a flat surface -- but in a way, it would be faithful to the classic PDA and its power computing ambitions. For now, though, that sort of functionality is purely hypothetical. The device I was shown at Mobile World Congress was ultimately cumbersome and unintuitive. If you plan on buying a Gemini, you're probably better off sticking with the Android and Linux software.