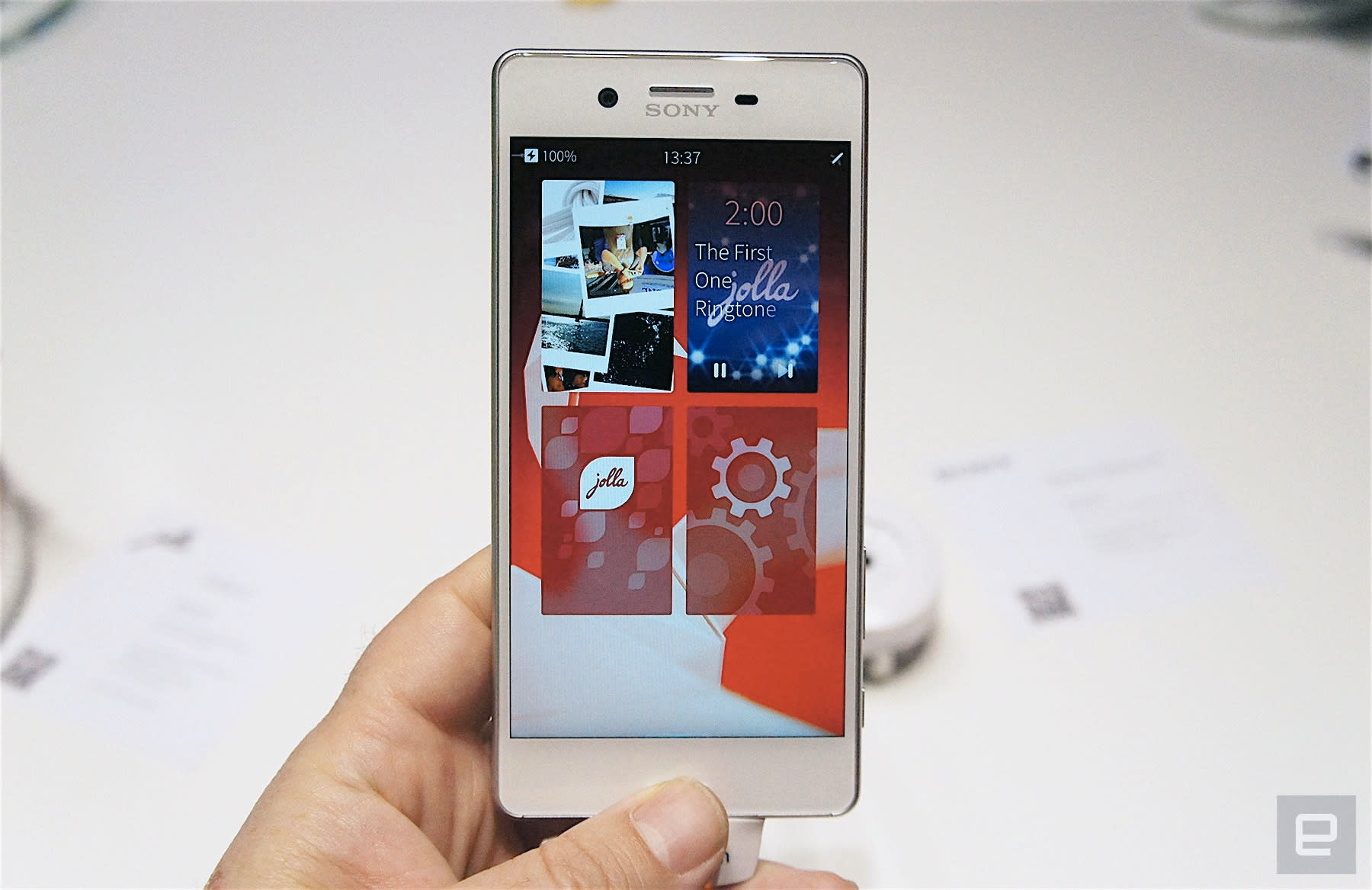 If you're a fan of Jolla (a mobile platform that's part Linux, part Android and loosely based on Nokia's MeeGo project), good news. The company has announced it will be releasing an official version of its Sailfish operating system for a number of Sony Xperia handsets. The news came from the firm's press event at MWC this morning, and adds a big-name brand to the currently mixed list of devices that the plucky (persistent?) mobile software has officially been ported to.

The first device to work with Sailfish, or rather, the first handset to be shown running it at MWC, is the Xperia X. Jolla says that there will be more compatible models, but the X is what it chose to show it off. Of course, Sailfish is technically available on many devices already, if you're willing to work with an unofficial port, but this time Jolla's partnered with Sony and its Open Device Platform for better compatibility.

Despite Jolla showing Sailfish on a working handset here in Barcelona, it seems there are still a few kinks to iron out. A representative told me features like "double tap" (to wake the device) aren't working yet, and support for 64-bit devices isn't as comprehensive as it is for 32-bit models (if you're into custom software, you'll likely know which yours is).

It's always nice to see alternative operating systems finding their way to mainstream phones, and seeing a Sony Xperia X running something other that the default Android certainly makes it a little bit more eye catching. I tried it for a few minutes and could see that the basic navigation was working no problem. But mostly, if you're into Jolla (which enjoys a steadfastly loyal community), then this is above all a good sign that Jolla's still committed to what it's doing.

If you want the official version, you'll still have to wait though. Jolla says it won't be out until late spring/early summer.

In this article: android, gear, jolla, mobile, mwc, mwc17, mwc2017, Sailfish, SailfishOs, sony, sonyxperia, xperia
All products recommended by Engadget are selected by our editorial team, independent of our parent company. Some of our stories include affiliate links. If you buy something through one of these links, we may earn an affiliate commission.