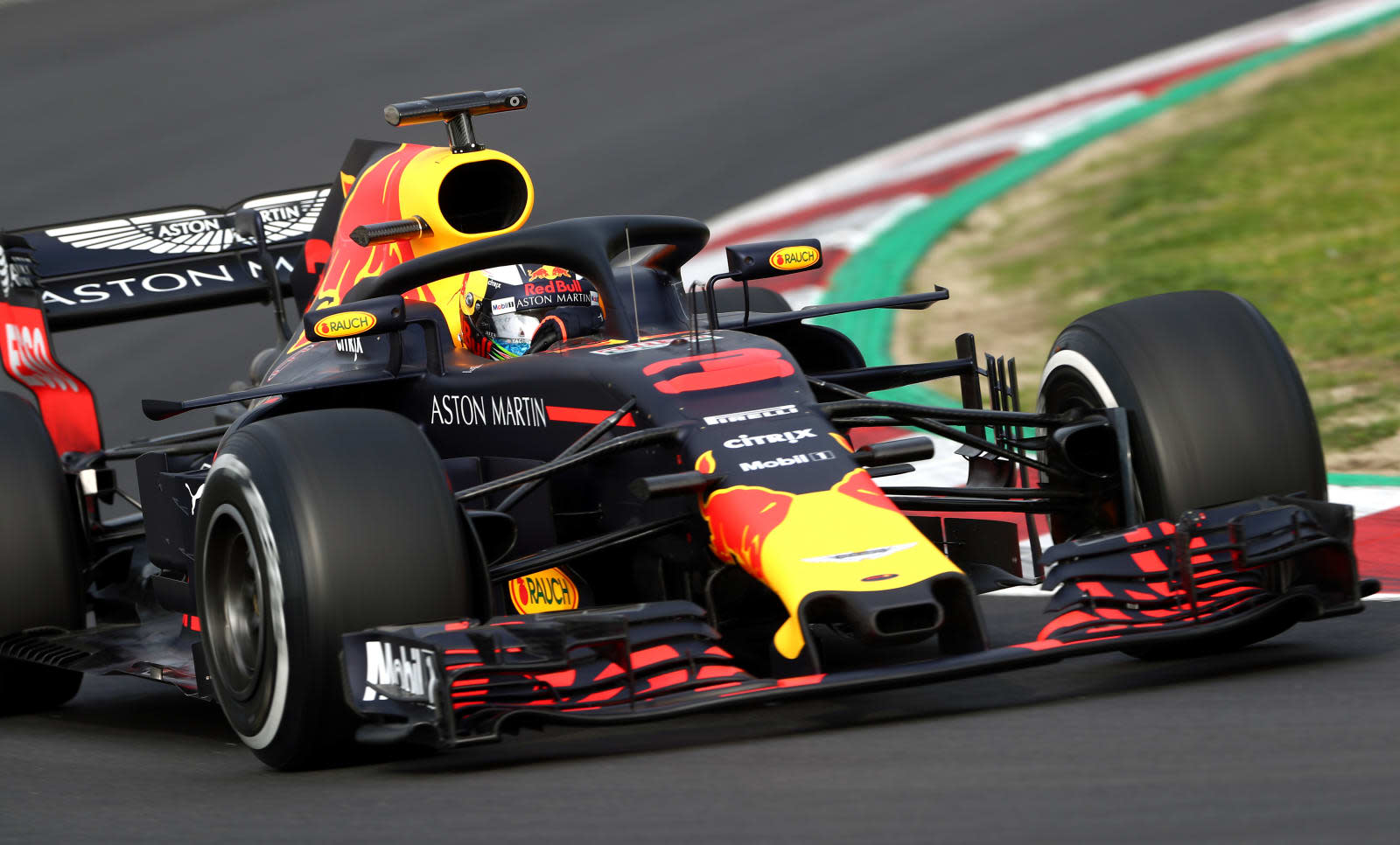 Formula 1 racing is getting in on the streaming game. F1 TV launched today at Mobile World Congress, and the new functionality will be up and running in time for March's opening grand prix in Melbourne, Australia. F1 TV will deliver racing fans commercial-free streams, which include access to onboard cameras for all 20 drivers in competition. From there you can arrange the camera feeds on your device however you like. There will also be a premium tier that grants access to exclusive camera feeds "not available on any other platform with the capability of multi-level personalization," according to Formula 1.

The governing body says that all of the practices, qualifying and races will be live-streamed, in addition to press conferences and pre-and-post race interviews. For now, it'll only be available on desktop and web browsers, with TV apps for Amazon, Android and iOS to come in the future. Subscriptions will run between $8 and $12, with Reuters reporting there will be an option for a $100 annual subscription.

Here's what the F1 TV service will look like #F1 pic.twitter.com/ZXFm3yWCCr

It's part of an overhaul for the entire F1 broadcast package, not just streaming. Motorsport says traditional TV broadcasts will feature lower camera angles and revised graphics packages. The latter is an attempt to make it easier for folks to grasp what's happening during a grand prix race, while the former should deliver a more accurate sense of speed for viewers. There's a video preview at the source link, but if you're impatient, check out the tweet above for an idea of how it'll all look.

In this article: amazon, android, av, entertainment, f1tv, formulaone, ios, ott, racing, streaming, streamingapp, transportation
All products recommended by Engadget are selected by our editorial team, independent of our parent company. Some of our stories include affiliate links. If you buy something through one of these links, we may earn an affiliate commission.