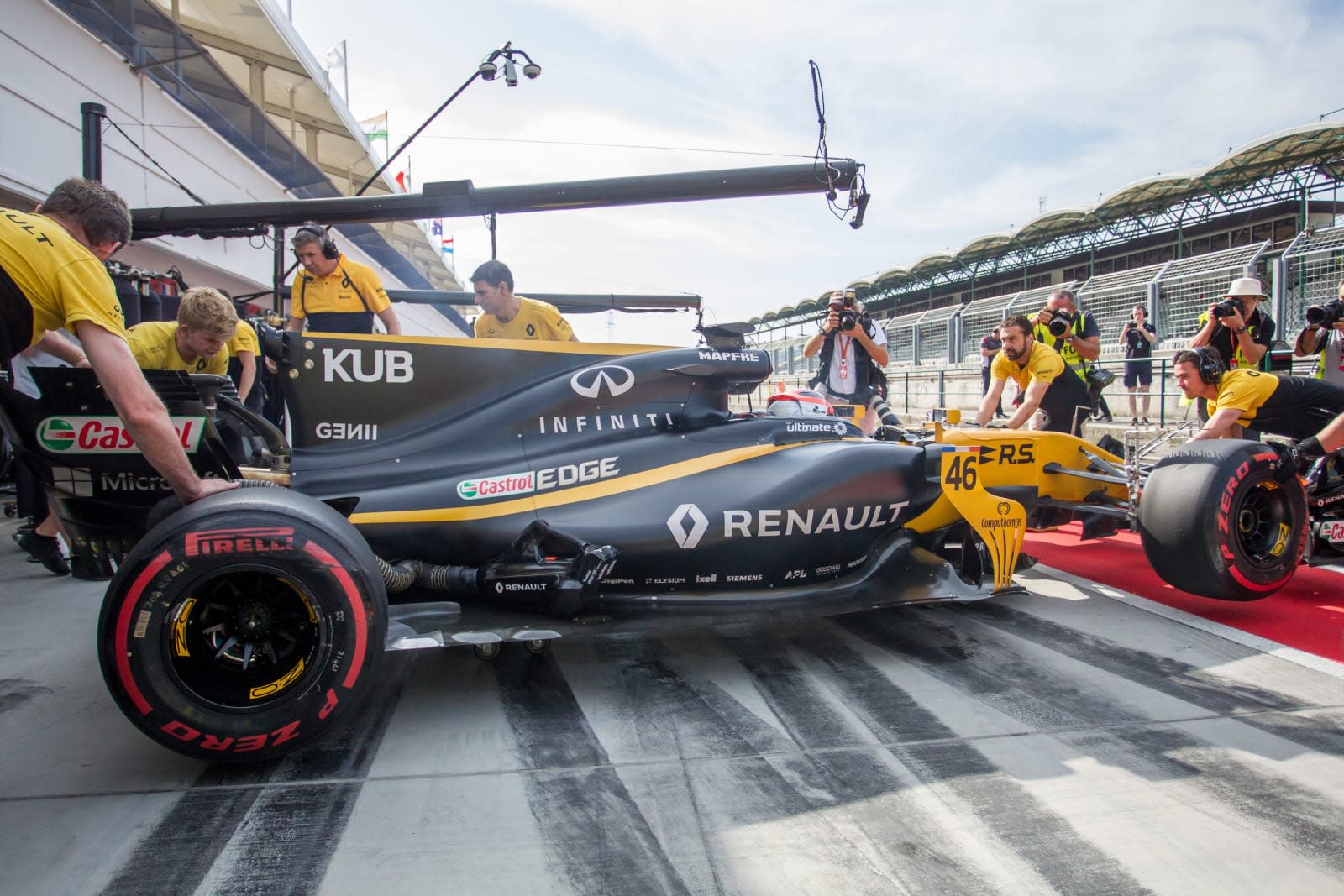 Traditional sports squads and eSports teams partnering has been happening pretty frequently recently. But now we're seeing it happen in a big way with motorsports. Specifically, Formula One is pairing with developer Codemasters and Gfinity to find the best F1 2017 driver. Per Reuters, the semi-final races will be held in London at the Gfinity Arena in October, and the best 20 racers will proceed to the last round of competition the next month.

The first Formula One virtual world champion will be crowned in Abu Dhabi this November, following the close of the 2017 season. In addition to fame and prizes, the winner will also automatically be entered into the semi-final round for the following season.

McLaren says that it might not be long before all racing teams have their own virtual counterparts. Like the Formula E simulator competition from CES earlier this year, this is another case of eSports going mainstream. Gfinity, for instance, has an arena in London that's open for competition year round. That's to say nothing of the pushes traditional broadcast companies like NBC and ESPN are making into putting competitive video-gaming on TV, either.

In this article: av, business, codemasters, esports, f12017, formulaone, gaming, gfinity, playstation, playstation4, ps4, racing, steam, windows, windows10, xbox, xboxone
All products recommended by Engadget are selected by our editorial team, independent of our parent company. Some of our stories include affiliate links. If you buy something through one of these links, we may earn an affiliate commission.