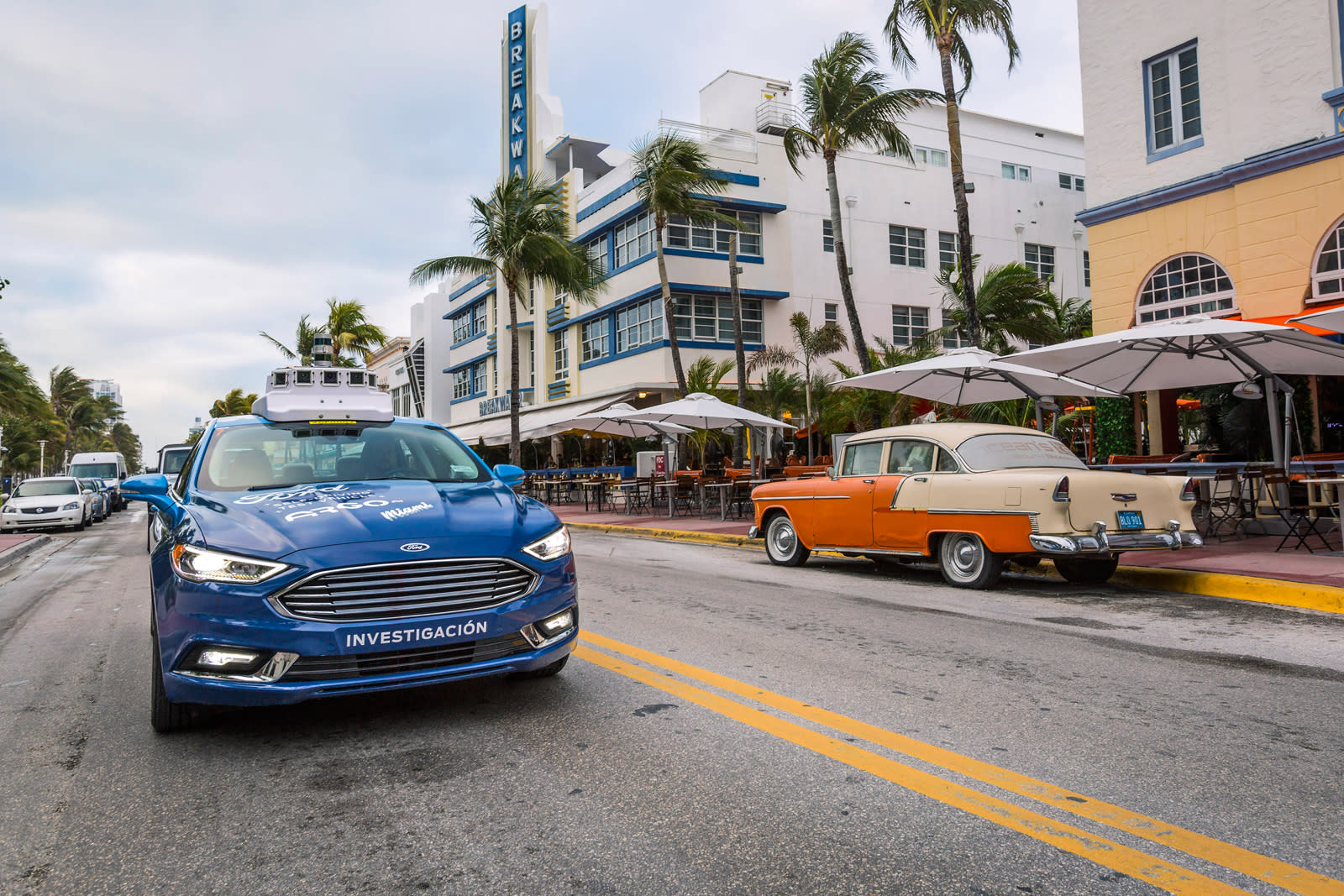 Ford is venturing well beyond its home turf of Michigan to test its fledgling self-driving delivery service. The automaker has revealed a pilot program that will see its autonomous vehicles roaming the streets of downtown Miami and Miami Beach. The initial test will separate the delivery and self-driving products, and will gauge what works for both customers and companies. How do you pick up your delivery from a self-driving car, for example, and how far are people willing to walk to get their grub? Domino's is active right now, while Postmates should be available in March.

Ride hailing from partners like Lyft should come later.

Ford chose Miami both because of Mayor Carlos Giménez's openness to the idea and the city's notorious traffic congestion (about 10 percent of time is spent in gridlock). In theory, this addresses "pain points" by sparing people from driving. What the company learns in Miami will help shape tests in other cities as well as the from-scratch autonomous car it plans to field in 2021.

This isn't exactly the most stringent test. Besides the initial split between delivery and self-driving tech, Miami is a perpetually warm and sunny city with lots of wide open streets. It'd be another matter to test the cars in colder climates, or in dense cities like New York where parking is scarce. Nonetheless, this is an important step. It should help Ford nail the fundamentals of autonomous delivery before it tackles the bigger challenges needed for a full-scale deployment.

In this article: argo, autonomous, dominos, ford, gear, miami, postmates, self-driving, self-drivingcar, transportation, video
All products recommended by Engadget are selected by our editorial team, independent of our parent company. Some of our stories include affiliate links. If you buy something through one of these links, we may earn an affiliate commission.