The design is supposed to prevent signal interference, which is crucial with millimeter waves.

MWC 2018 has been gripped with 5G fever, even more intensely than in years past. Intel has gone all out for the show this year, with display upon display of 5G demos dominating its booth. One of the new proofs of concept from the chip maker is a detachable PC streaming a 4K video over a test 5G connection using an early modem. Intel also announced a partnership with Dell, Lenovo, HP and Microsoft to bring 5G-connected PCs with XMM 8000 series modems to market in the second half of 2019.

The unnamed concept 2-in-1 is a preview of what those PCs might be capable of, in terms of connection speeds. Intel is not going to sell hardware like this directly to consumers. At the booth, the convertible streamed Wonder Woman on loop, and company reps told Engadget that the demo was hitting 4 to 5 Gbps rates.

That's impressive if true (we had no real way of measuring), but remember that the conditions were ideal. The 28GHz spectrum that the PC was tapping for the demo is dedicated to the stream, and thus not congested. Intel also placed the base station for the network about four or five feet directly above the device, leaving little room for interference to affect the stream.

One of the biggest challenges in implementing the millimeter wave communication that's crucial to 5G is signal interference. Line of sight, meaning the path between the transmitter and receiver, is necessary to transport data. One of the ways Intel is catering for this is by embedding its early 5G modem in the concept PC's kickstand that flaps out of the device, which it believes should minimize obstruction of incoming signals. To be clear, on this concept device, the kickstand is much larger than we've seen on commercially available convertibles, and might become smaller in eventual products. 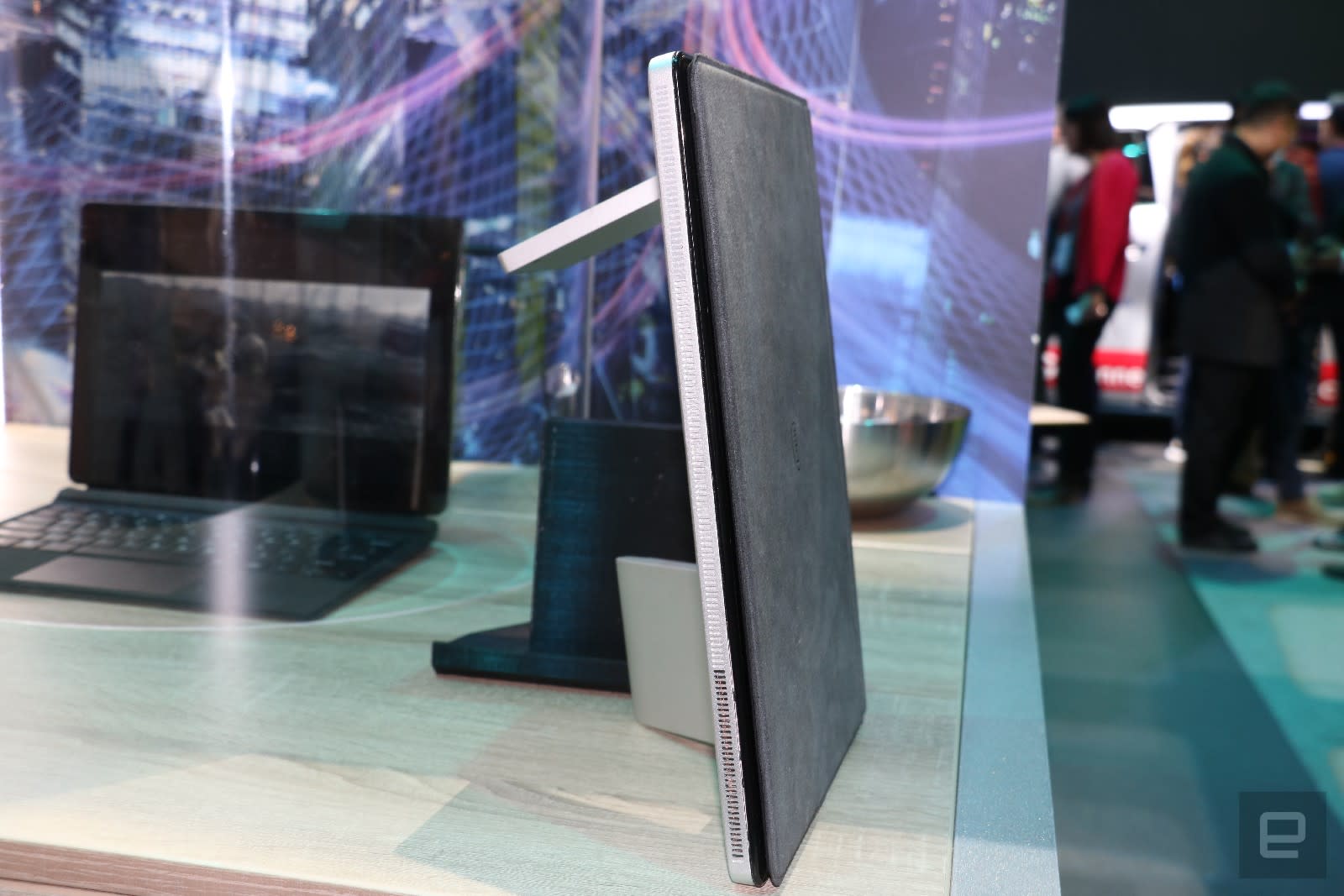 Since this isn't a device that you're ever going to be able to (or want to) buy, there's no real point in telling you how the display looked or the keyboard felt. What's interesting is, Intel's rep told me that the device can last between 3 and 4 hours when streaming the 4K video over 5G. We don't have any other benchmark to compare that with just yet, and actual PCs may ship with differently sized batteries, but that's long enough to watch an entire blockbuster, and even a couple of credits scenes.

We're just a year and a half away from these devices launching, and hopefully by then, 5G networks will have become a widespread reality. Until then, we can only wait for a world without buffer delays.