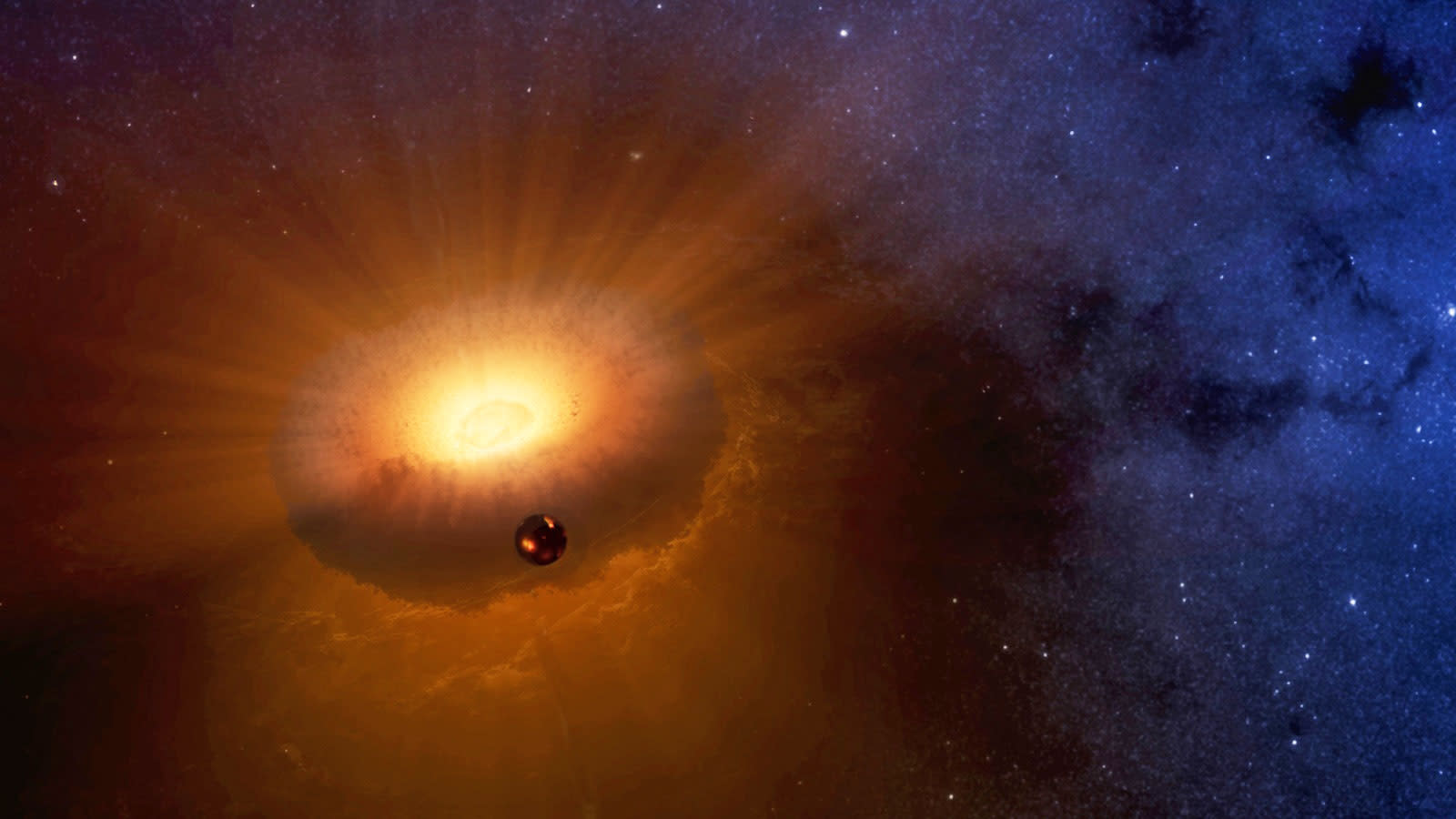 Scientists have been puzzling over the moon's formation for a long time, and now there's a new theory that might explain some of the baffling mysteries surrounding our satellite. A new study published today in the Journal of Geophysical Research: Planets posits that the moon may have actually formed inside the Earth, before our planet had fully taken shape.

This new theory is based on a new planetary object called a synestia. These are produced when two planet-sized bodies crash into one another, resulting in a quickly spinning formation of rock. The release describes it as, "a giant donut of vaporized rock." Synestias only last a century or two before they condense into a planet.

"Our model starts with a collision that forms a synestia," Simon Lock, a graduate student at Harvard and coauthor of the article, said in a release. Once this occurred, the moon could have formed in a number of ways. The synestia may have ejected molten rock into its orbit, which began to form the moon. As the synestia shrank, the moon accumulated more matter. "The Moon forms inside the vaporized Earth at temperatures of four to six thousand degrees Fahrenheit and pressures of tens of atmospheres," Lock said.

The current prevailing theory on the moon's formation surround a collision between the Earth and a planetary body the size of Mars. This crash ejected molten rock and metal, which eventually came together to create the moon. This new theory has one major advantage over that one; mainly, that it explains the similarities between the composition of the moon and the Earth, but it also leaves room for the differences: Because the moon formed at very high temperatures within the synestia, elements that could easily vaporize are not present on the moon.

In this article: earth, moon, space, synestia, tomorrow
All products recommended by Engadget are selected by our editorial team, independent of our parent company. Some of our stories include affiliate links. If you buy something through one of these links, we may earn an affiliate commission.