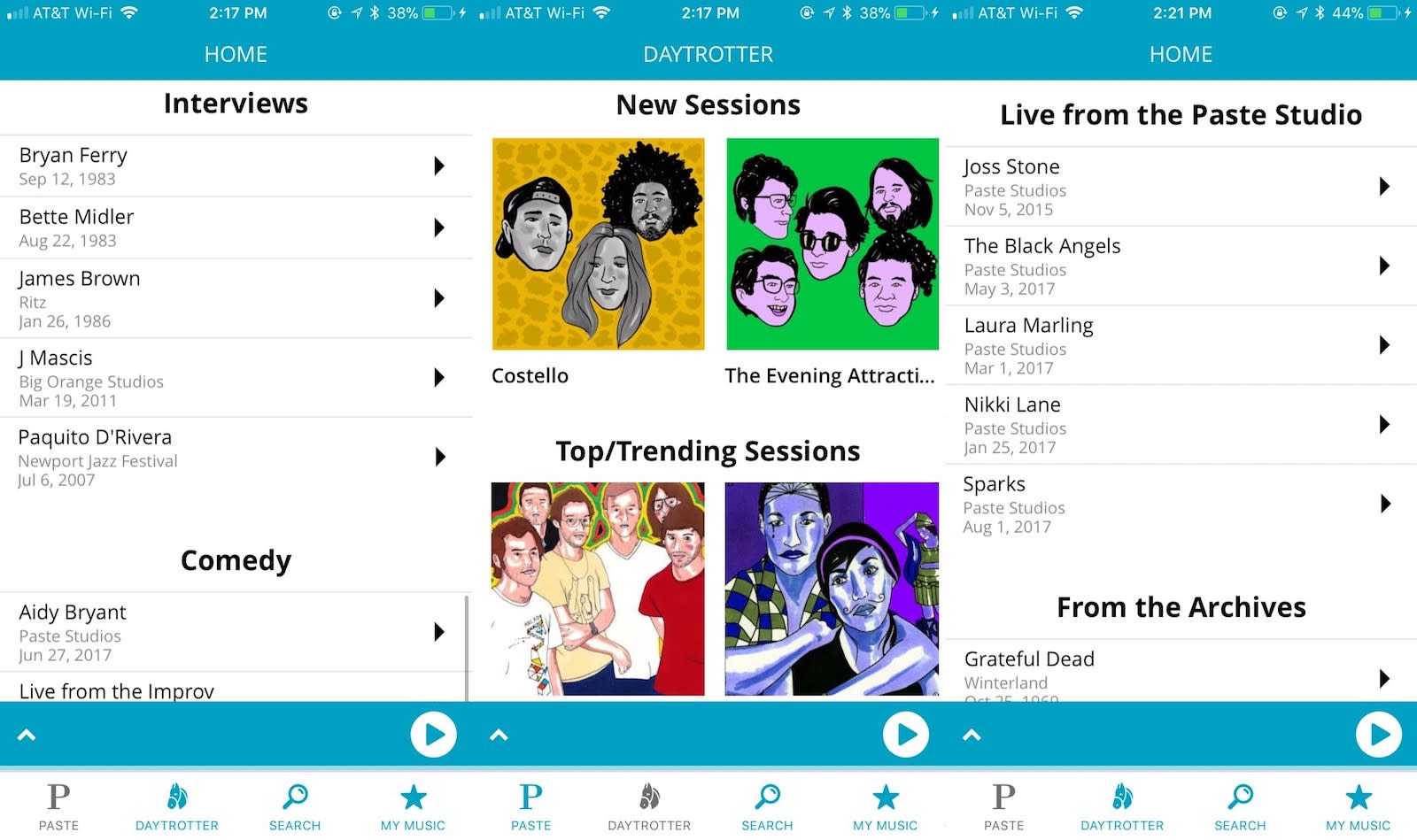 You have a few options when it comes to streaming music and whether you're subscribed to Spotify, Apple Music, Tidal or something else, there's a lot of music right at your fingertips. But live recordings offer their own sort of listening pleasure, and while you may find some on those streaming services, Paste Music thinks you should have access to a ton of them all in one spot. Together with its sister site Daytrotter, Paste Music has just launched an app that brings together hundreds of thousands of live recordings for you to enjoy including concerts, comedy performances and interviews. And similar to what NPR did with its One app, Paste Music and Daytrotter's lets you take their sites' offerings with you on the go and personalize your listening experience.

In the Paste Music & Daytrotter mobile app, you can find performances like Run-DMC on their first tour, Jimi Hendrix playing the Winterland Ballroom in 1968, the Newport Jazz and Folk Festivals and the entire archives of promoter Bill Graham. In the Paste Music section of the app, you can browse through staff picks, popular concerts, Paste Studio recordings, interviews, comedy and Paste's favorite playlists. In the Daytrotter tab, similar to how its site is set up, you'll find music broken down by genre, Daytrotter legends, Daytrotter picks, new and trending sessions and featured recordings. You can also search for bands or events, set up playlists or a queue and save your favorites.

It's a cool new addition to the music streaming scene, especially if you're into live music. The app is free and available now for both iOS and Android.

In this article: apple, applemusic, av, daytrotter, entertainment, LiveMusic, mobile, MusicStreaming, pastemusic, spotify, tidal
All products recommended by Engadget are selected by our editorial team, independent of our parent company. Some of our stories include affiliate links. If you buy something through one of these links, we may earn an affiliate commission.