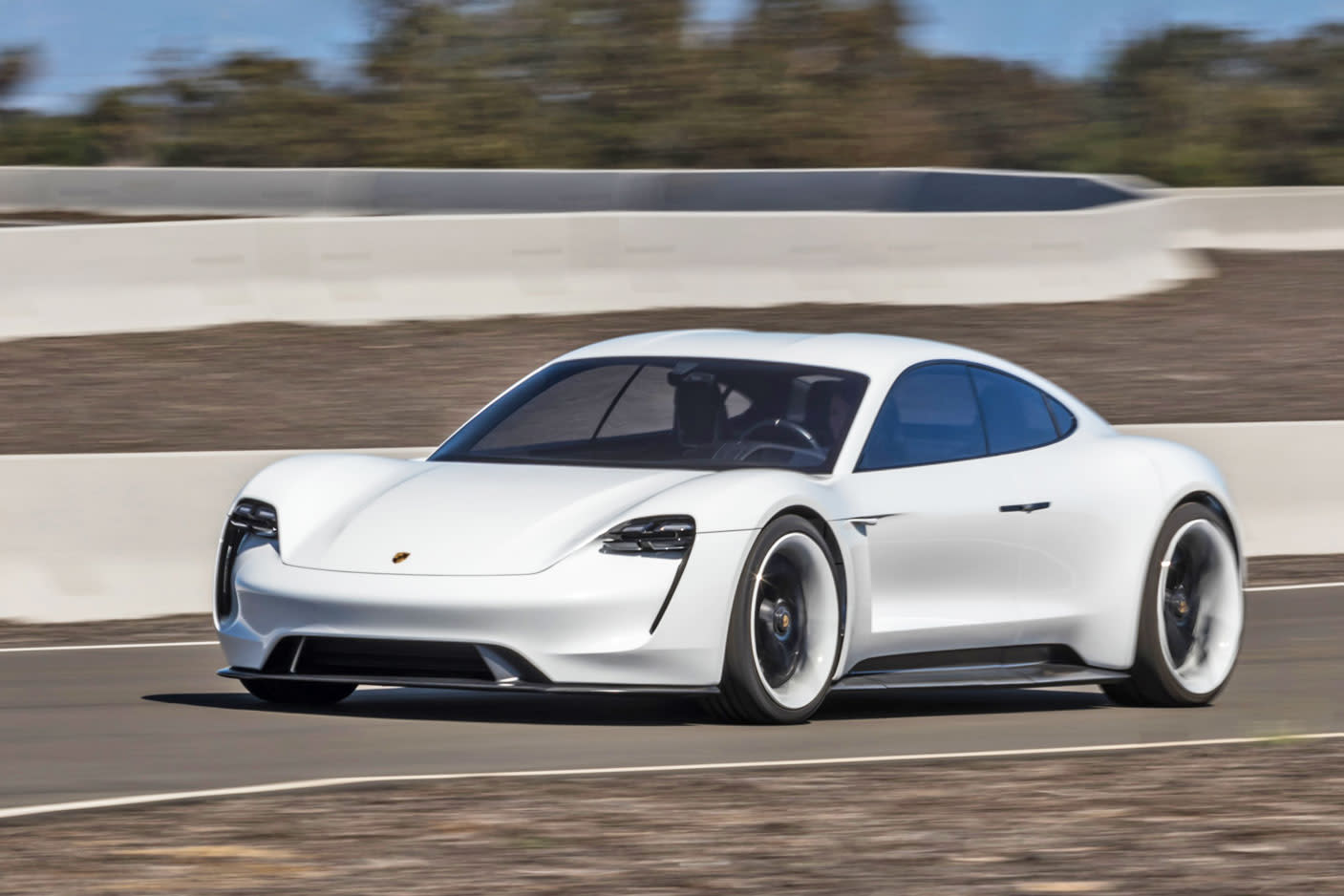 Porsche knows you're probably going to compare the Mission E to Tesla's cars, and it's determined to prove that it its electric performance car is the one to beat. Company EV head Stefan Weckbach has promised that the Mission E has "reproducible" performance Tesla (and particularly the Model S) can't match. The Model S can only hit its claimed 0-60MPH time "twice" in short succession, Weckbach claimed, and can't run at at full speed for significant stretches either. The Mission E can maintain its full speed for "long periods," Weckbach said.

The manager reiterated some of the Mission E's known abilities, including its rapid charging (20 minutes for 250 miles of driving). He added that the car should be relatively practical, too. On top of decent rear seating, helped by sculpted batteries that allow more foot room, there's even some decent cargo space. While the front has a motor, cooling and other vital components, it should still have about 100 liters (about 3.5 cubic feet) of storage. It's not clear what the back can carry.

The arguments are partly true. Tesla used to limit both the consecutive and overall uses of its Launch Control feature to prevent premature wear on its cars, but it dropped that limit months ago. Porsche has a better argument when it comes to sustained high speed. You need a massive amount of cooling to run an EV at full tilt for an extended time, and that's not present on Tesla's upscale sedans and SUV. The new Roadster may change that given its sports car design and three motors.

If you're sold on Porsche's concept, you won't have to wonder where to top up. The North America chief Klaus Zellmer stressed that the company is equipping all 189 of its US dealerships with 800-volt high-speed chargers, and is working with "other organizations" on a network of charging stations. You'll probably charge at slower rates most of the time, but the eventual network should help for long (or very enthusiastic) trips.

In this article: car, chargingstation, electriccar, electricvehicle, ev, gear, missione, porsche, sportscar, tesla, transportation
All products recommended by Engadget are selected by our editorial team, independent of our parent company. Some of our stories include affiliate links. If you buy something through one of these links, we may earn an affiliate commission.