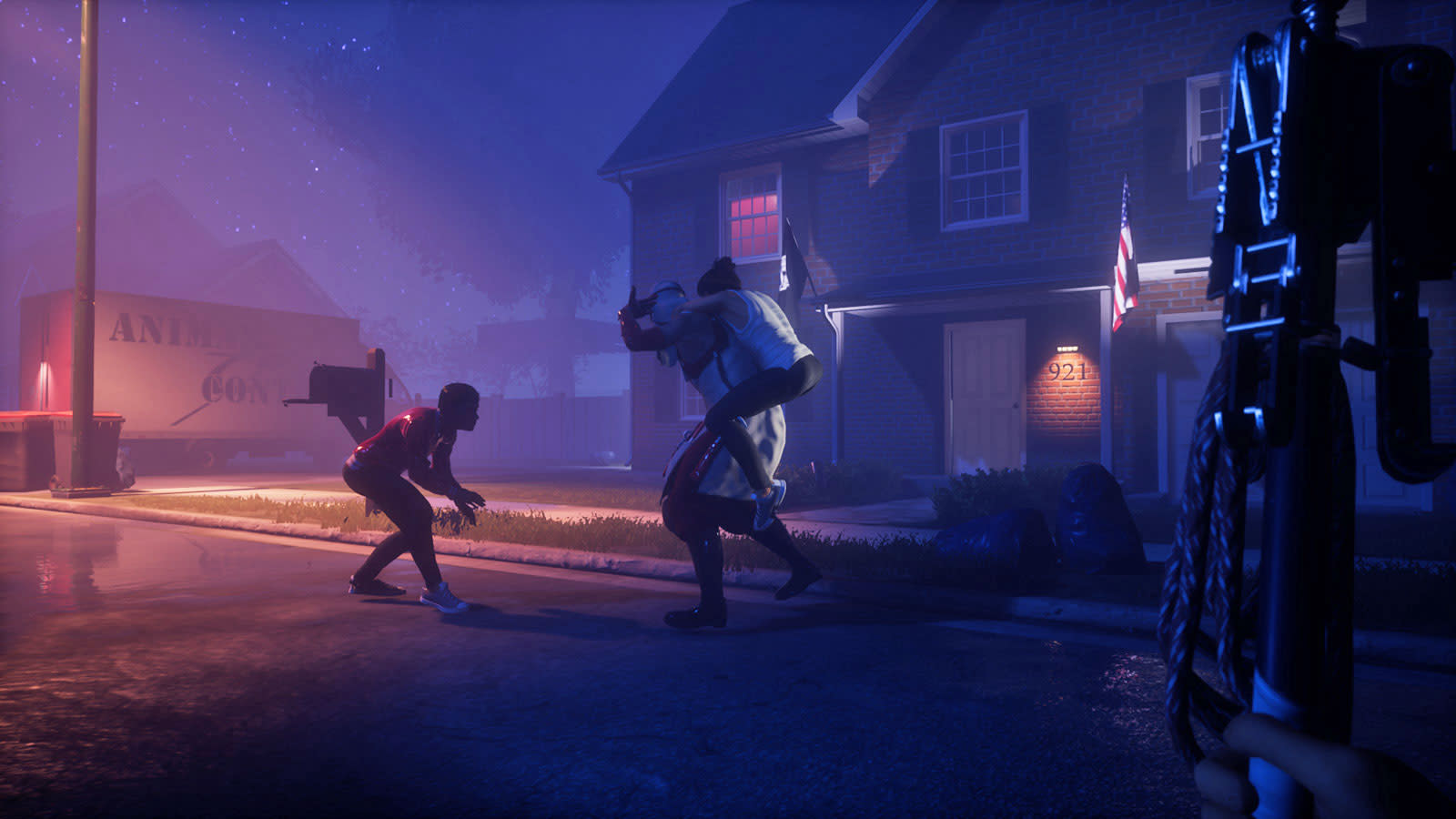 Many horror games are solitary affairs -- a little odd when horror movies are frequently shared experiences. Why not make games which play off the social side of fear? Question is trying just that. The group of BioShock and Dishonored alumni has unveiled The Blackout Club, a co-op horror title where survival depends on working as a team. You play as a group of teens who've uncovered a terrifying conspiracy in a small town, and they can only see the villains' central "boogeyman" by closing their eyes (part of the reason for the "blackout" in the name). If your group is going to live, everyone will need to keep watch -- you may save a friend who doesn't realize they're in danger.

The game has a decidedly Stranger Things vibe, as PC Gamer noted, and it's not just the basic setting. A large part of the game involves proving that the threat is real (many of the adults are unwitting pawns), and that means putting yourself in harm's way so that others can record footage. And while there's an element of Left 4 Dead in the emphasis on getting from A to B as quickly and safely as possible, you can't exactly blast your way through -- these are teens, after all, so just neutralizing one foe is a significant achievement. You instead rely on powers that influence how you play, such as a never-ending sprint option that can keep you ahead of the invisible threat.

Blackout Club is poised to launch on PS4, Xbox One and PCs in the first quarter of 2019. That's a long time to wait, and there's no certainty that it'll work as well in practice as the design suggests. The pedigree of Question's team is promising, though, and they clearly have a sense of how collective fear can work.

In this article: av, games, gaming, horror, personal computing, personalcomputing, ps4, question, theblackoutclub, video, videogames, windows, xboxone
All products recommended by Engadget are selected by our editorial team, independent of our parent company. Some of our stories include affiliate links. If you buy something through one of these links, we may earn an affiliate commission.