They just might change the way the developing world experiences Android.

The world's first Android Go phones debuted here at Mobile World Congress, and they just might change the way Android works for the developing world. We took some time to get acquainted with some of these new devices, but in case you're not entirely up to speed on Go itself, we've prepared this handy primer.

What is Android Oreo Go Edition?

Easy. In short, it's a customized build of Android Oreo meant to run better on inexpensive phones. (It's also more generically referred to as Android Go, and I'm going to stick with that name.) Google announced it at its I/O developer conference for devices with 1GB or less of RAM, but it's appealing for more than just the way it manages performance.

Android Go doesn't take as much as space as typical Android, for one, so you don't have to worry as much about running out of memory. Data usage is more of a concern in some markets than others, so Google has also released a handful of Go-optimized apps (think YouTube, Google Maps, Gmail and more) that attempt to minimize data costs. Hell, even the version of the Play Store on Go phones has been tweaked -- it highlights apps Google knows will run well on these more limited devices. 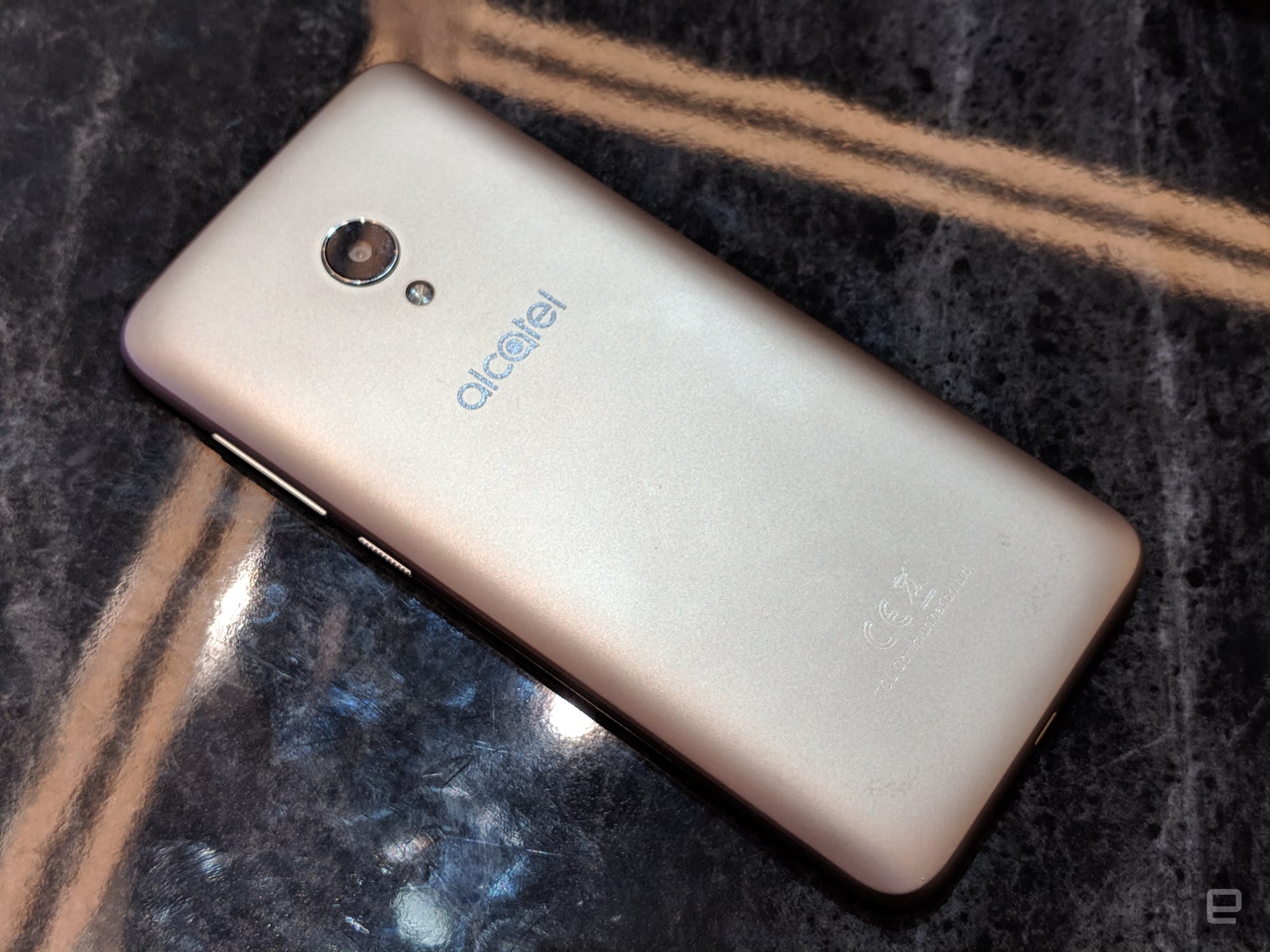 Let's say you wanted to buy a brand new Android phone for $100 -- there's a strong chance you'd wind up with a phone running a slightly dated version of Android. Those phones (obviously) lack some of the features found in up-to-date models. Even though everyone (more or less) has access to the same apps, the experience of using Android can differ pretty wildly depending on the hardware you're working with.

Android Go, then, is an attempt to level the playing field a little and ensure that the Android experience is more consistent across all kinds of devices. Android Go won't make a $100 phone feel as fast as a flagship, but it'll bring important Oreo features to a wider audience and help make sure inexpensive phones aren't awful to use. That's the idea, anyway.

Now we're getting to the fun stuff. Brands like ZTE, General Mobile, Micromax and Lava have brought the first Go phones here to MWC, but I spent most of my time playing with two phones in particular. We saw Alcatel's 1X early on in the show, and it's fascinating because it squeezes a 5.3-inch 18:9 screen into such an inexpensive body. That display ran at what Alcatel calls "VGA+" so it's not the crispest thing you'll ever see, but for €99 (or about $120) that's no great sin.

Driving the phone was a quad-core MediaTek chipset with 1GB of RAM, and it ran generally well... at least until I started firing up too many apps and jumped between them a lot. Alcatel later told me this was because the phone's software was far from final, but it was a reminder that Android Go's existence doesn't obviate the need for good software engineering.

The 1X is also a great example of the kind of control Google doesn't exercise over its Android Go partners. Alcatel's Go phone uses a non-stock launcher and has a handful of preloaded apps, so nothing but good sense is preventing device makers from painting over (and potentially slowing down) stock Oreo Go.

I was more fond of the Nokia 1, a small, charming device with a surprisingly nice 4.7-inch screen. When I first walked into Nokia's booth to take a look at the thing, I thought the company had put dummy phones up on display because the 1's screen looked so crisp and nicely saturated. The joke's on me, I guess. The Nokia 1 uses a quad-core MediaTek chipset and 1GB of RAM as well, but overall it felt much more stable and smooth-running than the Alcatel 1X. Launching apps sometimes took an extra moment, but it was never frustrating and I couldn't trip it up by jumping between multiple apps the way I could with the Alcatel. The new version's 5-megapixel camera is obviously not great and its polycarbonate design can feel lacking, but all told it's a strong (and cute) package for just $85. 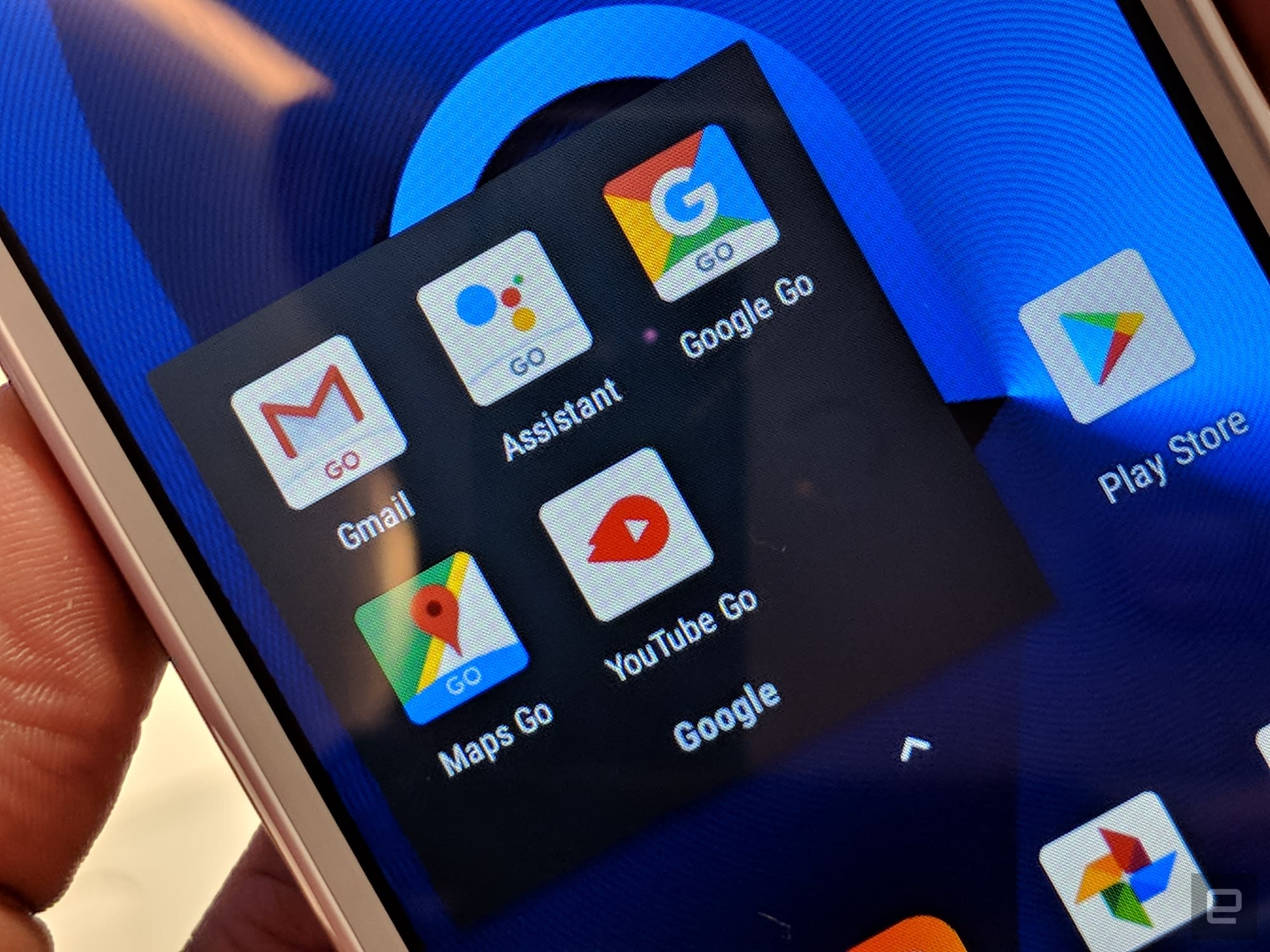 And there are Google's Go Edition apps. They're low-impact versions of existing apps and in the case of Gmail and YouTube, they seem to work just as well as their standard counterparts. YouTube Go worked fine as well, though I didn't get a chance to try its best feature: the ability to download videos and share them with other devices. I put one relatively new Go-optimized app through its paces, though: Google Assistant. Originally exclusive to Google's Pixel phones, the company announced it would expand Assistant support to other Android phones at MWC last year. The catch? Among other things, Android phones needed at least 1.5GB of RAM to use the feature.

Not anymore, though. Since most of Assistant's work happens in the cloud, it functioned just as well on this $85 phone as it does on my Pixel 2 XL. The only real difference is that you can't invoke it with an "OK, Google" -- it requires a tap on the app icon. Even so, it's pretty great.

So, what happens next?

That's a tough one -- none of these devices have gone on sale yet, and the actions of the companies that make them depend on people's response to them. Google, however, told the Indian Express it would make Android Go versions of all future Android builds since it's core to the company's commitment to entry-level devices. You might have only just heard of Android Go, but it's not going anywhere.

You can also expect some super-cheap Go phones to appear, too -- Google suggested we'd see some sell for as low as $50, but the least expensive we've seen so far is the $80 ZTE Tempo Go. (Turkey's General Mobile India-based Lava and Micromax haven't said how much their Go phones will cost.) We're cautiously optimistic. This is early days for Android Go, and it may well change how people around the world get to experience Android. The lack of control over what OEMs can do to Go Phones may mean some problems low-end phones face are never resolved. We'll just have to wait and see.