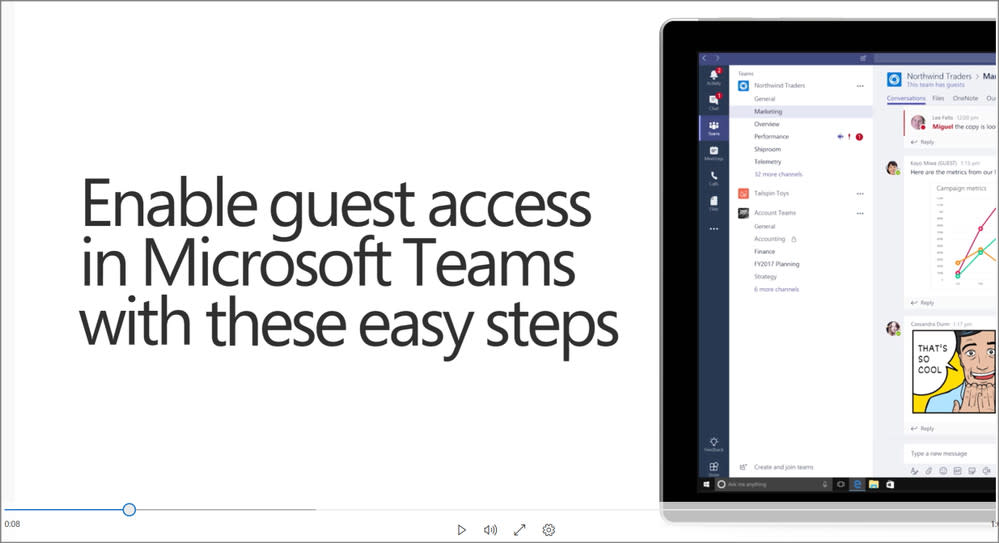 Microsoft is giving Teams, its Slack-like app, the ability to invite any guest to a chat room. While you can invite collaborators to a Team room right now, they need to have an account in the company's Azure Active Directory first. With the new feature in place, you'll be able to add any business partner, client, freelancer or anyone else to a room using their email address, whether it's a company or a consumer email like Gmail or Outlook.

You'll simple have select Add Members in the menu next to the team name and add the guest's email address. They'll then receive instructions on how to create a Microsoft account and to join your room. The feature, which was originally announced in September 2017, will begin rolling out next week and will be available in every Team's room within a couple of weeks.

The ability to add anybody to a chat room will already make the app more competitive, but according to Petri, Microsoft is cooking up another feature that could turn Teams into a veritable Slack rival. Petri says Team's latest developer preview contains several references to a freemium tier. You still need access to at least one paid Office 365 account to be able to unlock all its features, but you can at least give the app a try if you're still deciding which team messaging app to use.

In this article: gear, guestaccess, internet, microsoft, microsoftteams
All products recommended by Engadget are selected by our editorial team, independent of our parent company. Some of our stories include affiliate links. If you buy something through one of these links, we may earn an affiliate commission.