'Far Cry 5' is deeper than you think

It's about the need to fight against religious extremism.

Far Cry 5 is the most socially relevant game in the series yet. This is the first time Ubisoft has brought the open world franchise to America -- specifically, to the wilderness of Montana. But it's more than just another free for all shooter. The game is really a statement on the increasing influence of violent religious extremism in the US, and the need for good people to take a stand against them. While we got a brief glimpse at the game's partner mechanics at E3, we recently a had chance to play it for a few hours, and came away mostly impressed.

It puts you in the shoes of a rookie cop, who's sent to arrest Joseph Seed, the head of a dangerous cult called The Project at Eden's Gate. They're heavily armed, fanatical about their devotion to their leader, also known as The Father, and are quickly taking over more territory. As you'd expect, your plans to arrest Seed quickly go off the rails. You end up becoming part of a resistance movement, whose goal is to take down the cult by going after Joseph Seed and the rest of his family.

"The thing that's truly the genesis for [Far Cry 5] is just this feeling like we're on the edge of something," said Dan Hay, creative director for Far Cry 5, in an interview with Engadget. "There are moments in history where you can kind of look back and say, 'Hey this is the moment where everything is changing.' It feels like three years ago, we were heading into one of those. The game is about that. If you're on the edge of something and it was that one time it was all going to go to shit, would you know it?"

Like every Far Cry game, you've got a huge world to explore, and you're free to go about your objectives however you like. This time, though, there's a "Resistance Meter," which tracks your progress throughout the game's several regions. You can build up the influence of the resistance by saving captured citizens, destroying Eden's Gate structures, completing missions and liberating outposts from cultists. 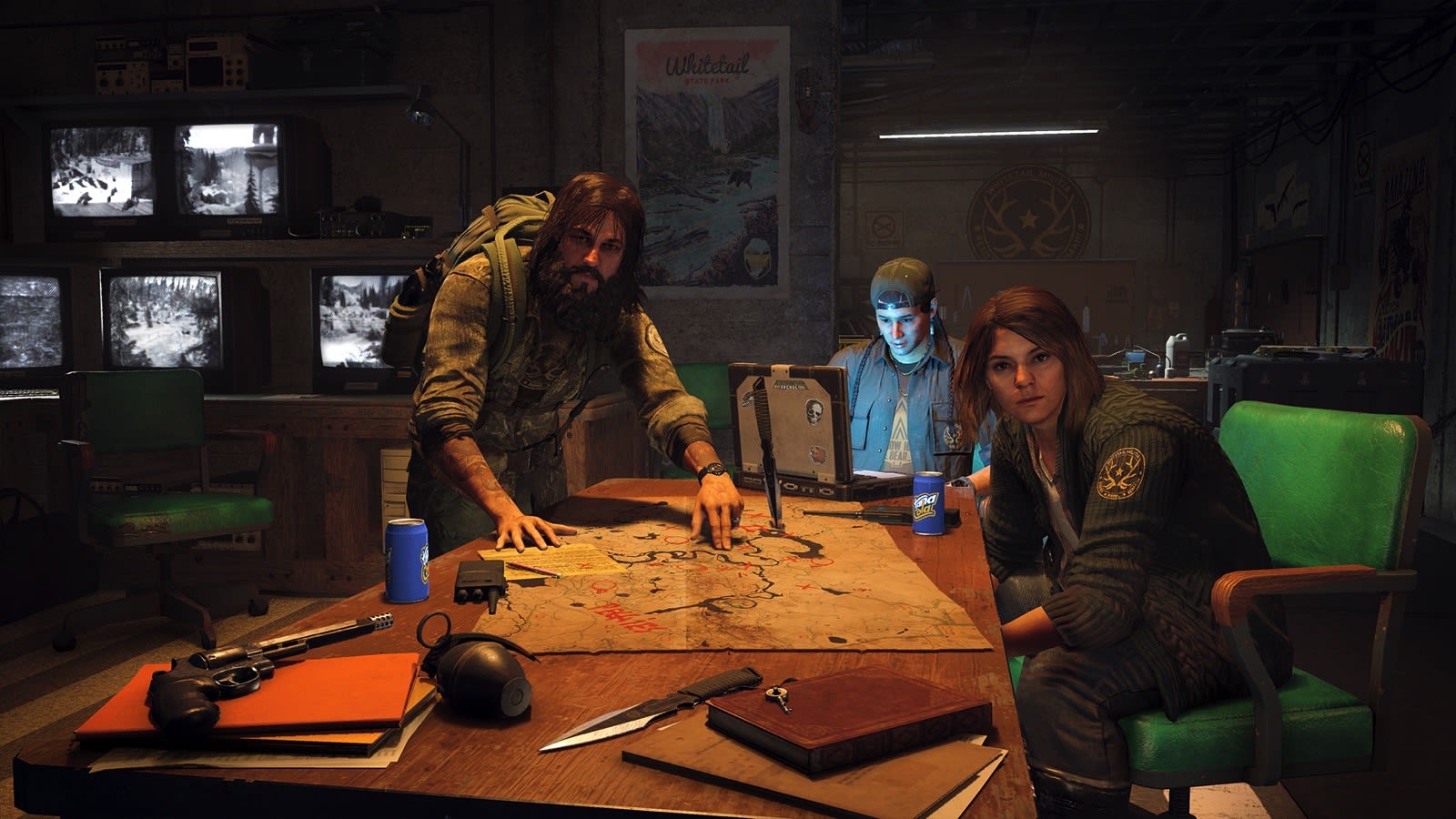 You can also team up with allies throughout the game, each of which bring different skills to every fight. There's even a dog named Boomer that can retrieve animals you hunt and attack enemies for you. (And yes, you can pet him on-demand.)

As is typical for a Far Cry title, the game looks gorgeous, with vast environments that capture Montana's natural beauty. Thankfully, the developers at Ubisoft also made the gameplay more organic. Instead of climbing towers to find things to do, you actually have to seek out and talk to people. You can read into that what you will. Like the entire game, it seems like a metaphor for something all of America needs to do to move forward as a society.

During my playtime with the game, I got to explore the outdoor environment, and take down some stray enemies. With the help of an ally, I also cleared a huge cultist base. Doing so took several tries, but the beauty of Far Cry is that you've got multiple ways to solve every problem. For me, going stealthy with a bow and arrow was best.

Ubisoft also worked with Mia Donovan, an expert on cults and fringe groups, who helped add a layer of authenticity to Eden's Gate. The game explores why seemingly normal people would be seduced by dangerous organizations, and at points you'll get a first-hand look at how that process works.

"I think games have come to a point now where it's okay to explore certain topics," Hay said. "We also understand that at first blush, people are going to look at the game and say you're making a game about this .... And we say hold on, this [other topic] is what we're actually doing. We take a global perspective about things."

While Far Cry 5 is ultimately just a piece of pop culture entertainment, I'm fascinated by how much Ubisoft Montreal is leaning into such a socially relevant story. Of course, you could just play it like any other game in the series, but it's hard to ignore the subtext. It's a game about the resistance, fighting to save America.