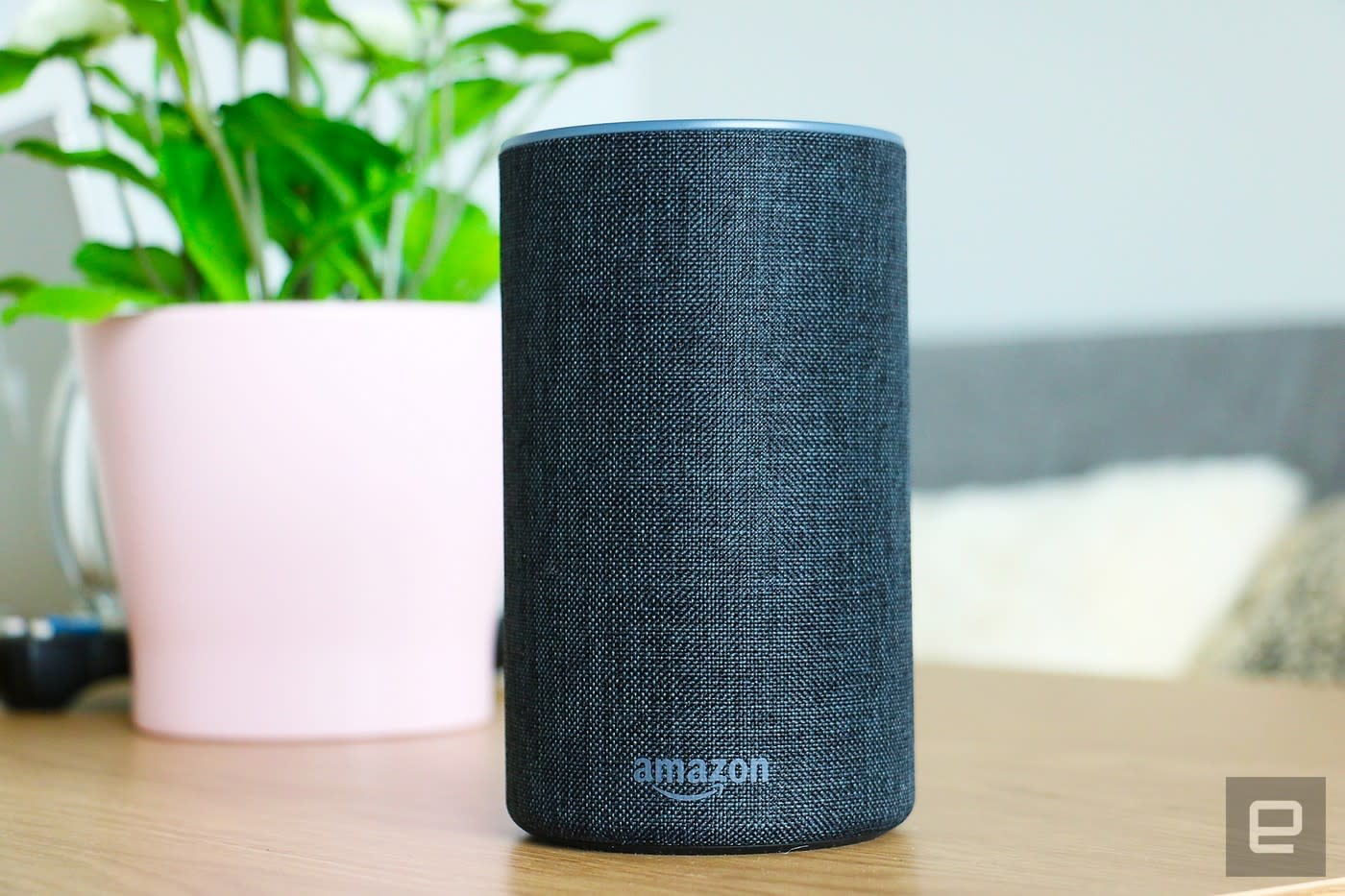 Amazon is making it easier for developers to add a variety of sound effects to their Alexa skills. The tech giant has launched a library full of built-in audio clips people can use to add -- in Amazon's words -- "unique sounds" to their creations. Of course, by the time most developers are done tweaking their skills to add the audio clips, they'll no longer seem unique. In fact, you should probably probably get used to hearing the same thing again and again. But developers do have quite a wide selection to choose from with 14 categories that include sounds you'd usually hear in cartoons and sci-fi shows, as as well as sounds of nature, humans and animals.

Amazon says developers can use those effects, say, to add applause for correct answers in a trivia game or spooky ghost-like moans for a horror/adventure game. The whole library is free for skill-makers, who can use the sounds on their own or combined with other files. If you'd like to get an idea of what could hear on your Dot or Echo on a regular basis, check out the full collection on Alexa's Skills Kit page.

In this article: alexa, amazon, echo, gear, home, skills, soundlibrary
All products recommended by Engadget are selected by our editorial team, independent of our parent company. Some of our stories include affiliate links. If you buy something through one of these links, we may earn an affiliate commission.