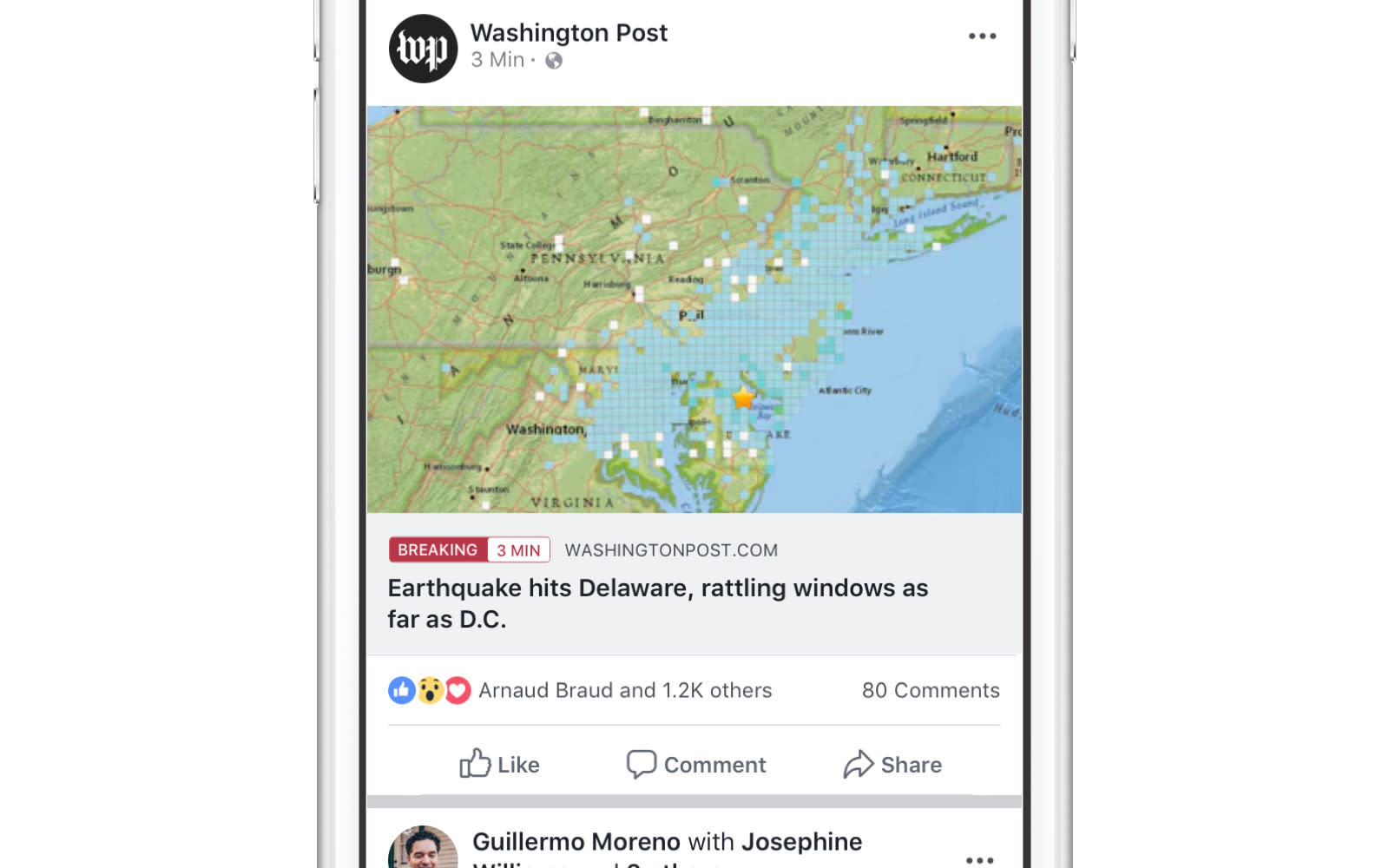 Facebook began testing a "breaking news" label for developing stories back in November, and now the social network is expanding the option to more publishers. Starting this week, the company says 50 more outlets in North America, Latin America, Europe and Australia will be privy to the tag. That's in addition to the "small group of local and national publishers" that are already using it. If all goes well, Facebook said it may offer the option to even more publishers in the future.

As the image above illustrates, the tag adds a red "breaking" label beside the time and source as an attempt to make those posts more visible in the News Feed. The feature can be applied to Instant Articles, links and Facebook Live videos. Publishers included in the test can use the tool once a day and set a time limit for how long the story is breaking news -- up to six hours.

There's also an option for readers to report if they don't think a story deserves the tag, feedback Facebook says will help it improve the tool. As you might expect, publishers will also get specific stats on how well the "breaking news" tagged posts perform in the News Feed. So far though, Facebook says the tag is proving effective. The company says clicks, Likes, comments and shares are all up on posts that have been included in the test thus far.

In this article: breakingnews, facebook, gear, internet, mobile, news, newsfeed, social
All products recommended by Engadget are selected by our editorial team, independent of our parent company. Some of our stories include affiliate links. If you buy something through one of these links, we may earn an affiliate commission.