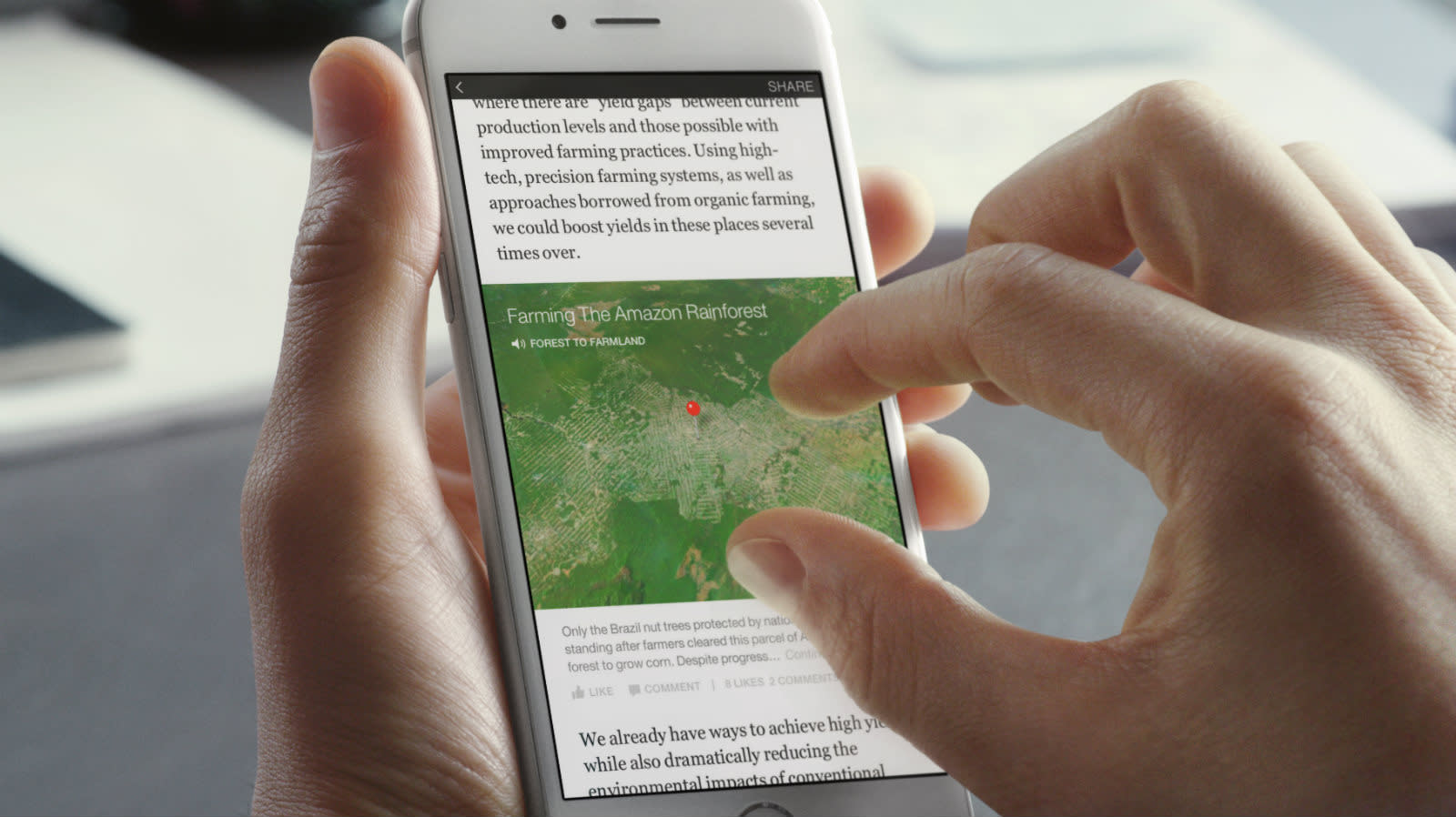 In the face of mounting pressure from publishers, Facebook is launching a news subscription service. The new feature will essentially allow news outlets to erect a paywall on top of Instant Articles. That way Facebook keeps readers locked to its site, while media companies earn a bit more cash from their content. The social network will begin testing the service in October, according to its head of news partnerships Campbell Brown.

If you read The New York Times or The Washington Post online, you'll probably have come into contact with a paywall. However, they come in different shapes and sizes. Facebook is opting for a metered option, which permits you to read ten free articles per month. Once you hit your quota from a paywalled publisher, you'll be steered to its homepage to purchase a subscription, reports The Street.

Facebook told Engadget that if all goes to plan, the update will be expanded in 2018. The company added that publishers will be able to implement a freemium model with full control over their articles. Additionally, existing subscribers will be granted full access to paywalled content.

The announcement comes just over a week after a group of 2,000 media outlets turned to Congress for the right to negotiate with Google and Facebook. They claim the web giants hold too much sway over how news content is "displayed, prioritized, and monetized" online. In particular, they're pushing to receive a bigger cut from the companies' massive digital ad sales.

Speaking at the Digital Publishing Innovation Summit, Brown said the paywall is a product of Facebook's meetings with print and digital publishers. In an email, Facebook said several publishers and media execs have been briefed on the feature in one-on-one talks and at roundtable meetings in New York and Paris.

"We are in early talks with several news publishers about how we might better support subscription business models on Facebook," said Brown. "As part of the Facebook Journalism Project, we are taking the time to work closely together with our partners and understand their needs."

Prior reports also revealed that the company was in "very advanced" talks with the Wall Street Journal on a subscription model for its articles. The social network has already tried to appease disgruntled publishers by adding more ads to Instant Articles. Now, it seems Facebook will just be another site with a pesky paywall that you'll probably attempt to bypass.

In this article: advertising, business, facebook, gear, instantarticles, mobile, news, paywall, publishing, WallStreetJournal
All products recommended by Engadget are selected by our editorial team, independent of our parent company. Some of our stories include affiliate links. If you buy something through one of these links, we may earn an affiliate commission.