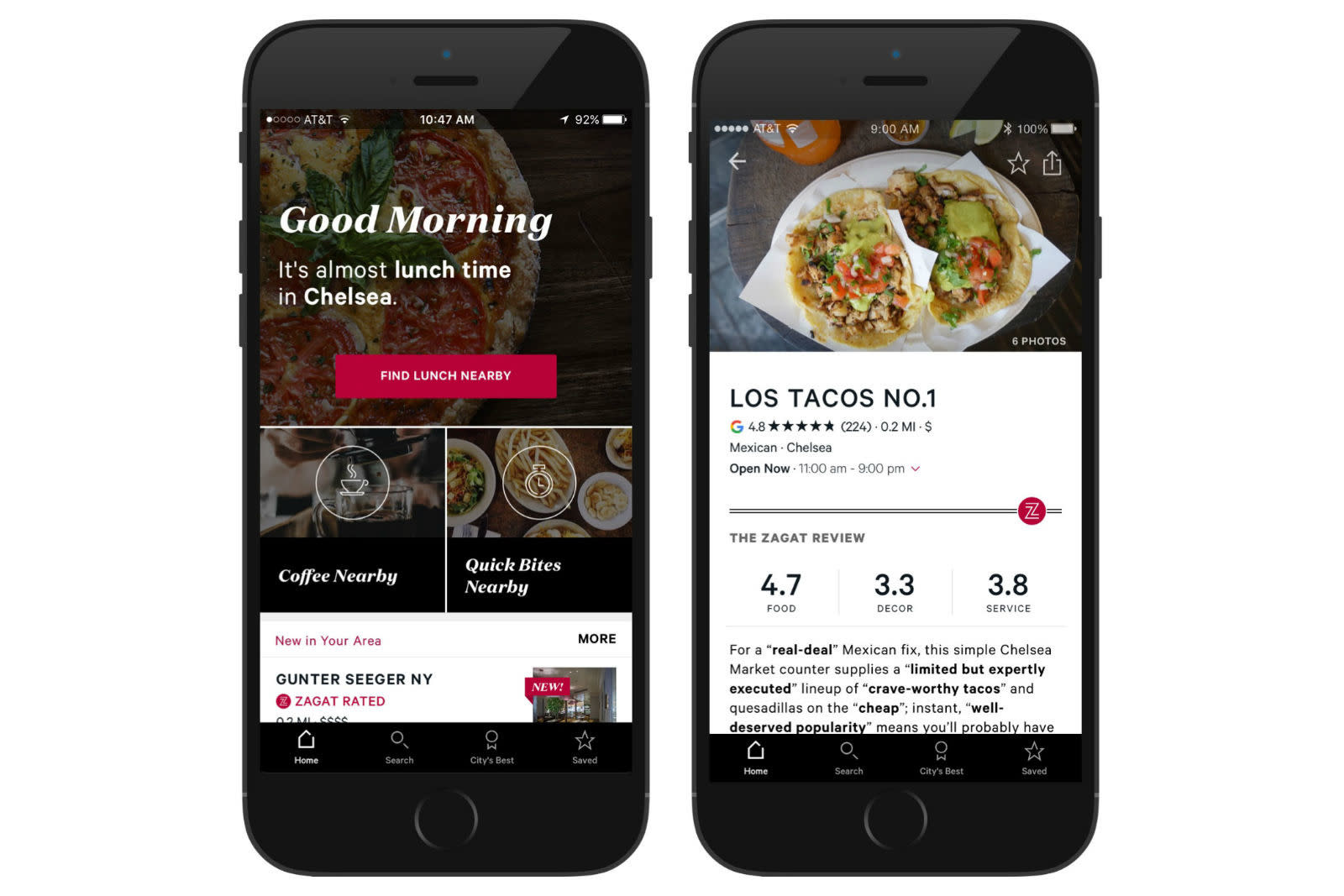 Google bought Zagat in 2011 with hopes of offering definitive restaurant reviews in its search results, but that dream is ending quietly. True to the rumors, Google has sold Zagat to The Infatuation, a restaurant discovery platform. The new owner will keep Zagat as a separate brand and increase its exposure while helping it with a "tech-driven platform" that provides a "more meaningful alternative" to crowdsourced review sites like Yelp. The terms of the deal aren't public, although Google bought Zagat for $151 million.

Google hasn't said why it's selling Zagat, but the review brand hasn't had an easy time. Its listings were quickly integrated into Maps and other Google services, but it was virtually silent from 2013 until the release of a reworked Zagat app and website in 2016. Google even started prioritizing its own user reviews over Zagat's. Simply speaking, Zagat stopped growing while its rivals were on the rise.

In that regard, the sale might be beneficial. Google doesn't need the cash, but there's also no point to holding on to a brand when it's no longer serving its original purpose. And for Zagat, this is a chance to regain its stature and adapt to the modern era.

In this article: food and drink, food-and-drink, foodanddrink, gear, google, googlemaps, internet, restaurant, restaurantreviews, theinfatuation, zagat
All products recommended by Engadget are selected by our editorial team, independent of our parent company. Some of our stories include affiliate links. If you buy something through one of these links, we may earn an affiliate commission.