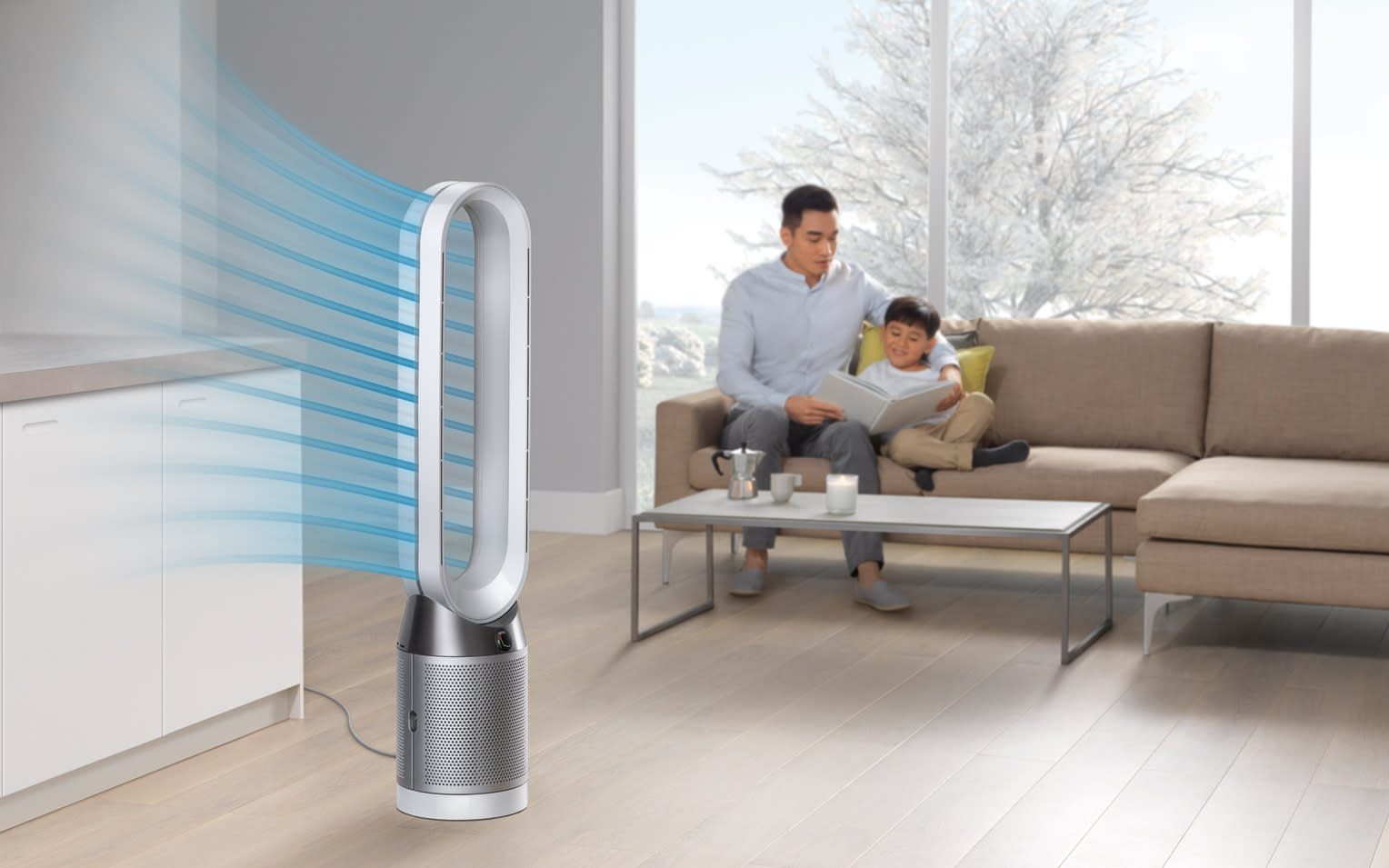 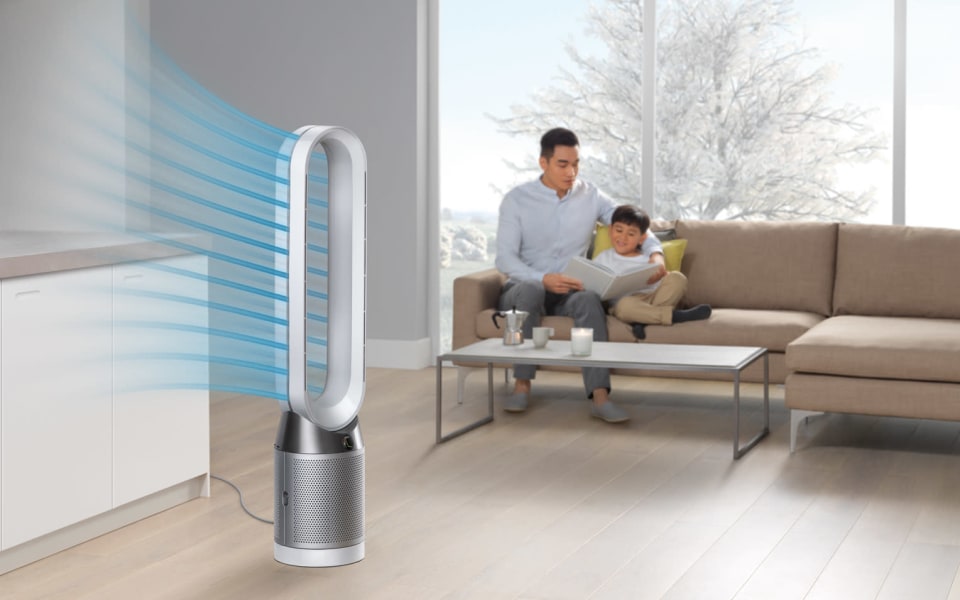 In addition to its Cyclone V10 cordless vacuum, today Dyson also unveiled its updated air-purifying fans. The new Pure Cool tower fan (TP04) and desktop fan (DP04) models may look familiar from afar, but in fact, they are slightly taller and wider than their predecessors -- and for a good reason.

First off, that line right down the middle of the Air Multiplier loop is a slit for the new diffused airflow mode. This lets the machines continue to purify air effectively without having to blow air at people, thus solving the old dilemma of whether to turn on the machine on a cold, smelly day (though you can always wait for a potential heater variant from Dyson). There's even a dedicated button for this mode on the infrared remote.

Another visible change is the new circular LCD just above the filter cover, which is a huge upgrade from the old basic LED screen on the base. With this, it's much easier to tell what the fan is up to at a glance (and without opening up its app), plus it offers a real-time chart of the types plus amount of air pollutants detected.

Speaking of, yes, this real-time detection is also new thanks to Dyson's beefed up sensors, so there's virtually no more delay between a fart and the fan automatically kicking in. This function is otherwise the same old, still sniffing out for ultrafine particles (using lasers), volatile organic compounds plus nitrogen dioxide, while monitoring temperature and humidity along the way. The larger base is mainly due to the taller and deeper filter which now comes in two parts. The new filter also contains 60 percent more HEPA media and three times more activated carbon than before, so it'll trap more gases and particles -- even down to 0.1 micron large with a 99.95 percent capture rate. Thanks to the aforementioned LCD screen, you can also quickly check the life of the filters without digging into the app.

The most fun feature on the new Pure Cool units is probably their 350-degree oscillation, which is most enjoyable when you manually rotate the devices on the spot. Even though this is very handy for boosting the air purification coverage in a room, you don't have to go all the way to 350 degrees every time, as the fan lets you toggle between preset angles as well, starting with 45 degrees.

Not to be left out of the smart home game, Dyson is finally leveraging the power of voice control but by way of Amazon Echo. For the first time, you'll be able to ask Alexa to control your Dyson fan, such as adjusting the airflow speed and toggling night-time mode (quieter fan and dimmer LCD).

Like the Cyclone V10, the new Pure Cool fans are also already available for ordering, with the tower model asking for $549.99, whereas the smaller desktop version is $100 cheaper.

In this article: alexa, dp04, dyson, gear, home, purecool, purecoollink, tp04
All products recommended by Engadget are selected by our editorial team, independent of our parent company. Some of our stories include affiliate links. If you buy something through one of these links, we may earn an affiliate commission.