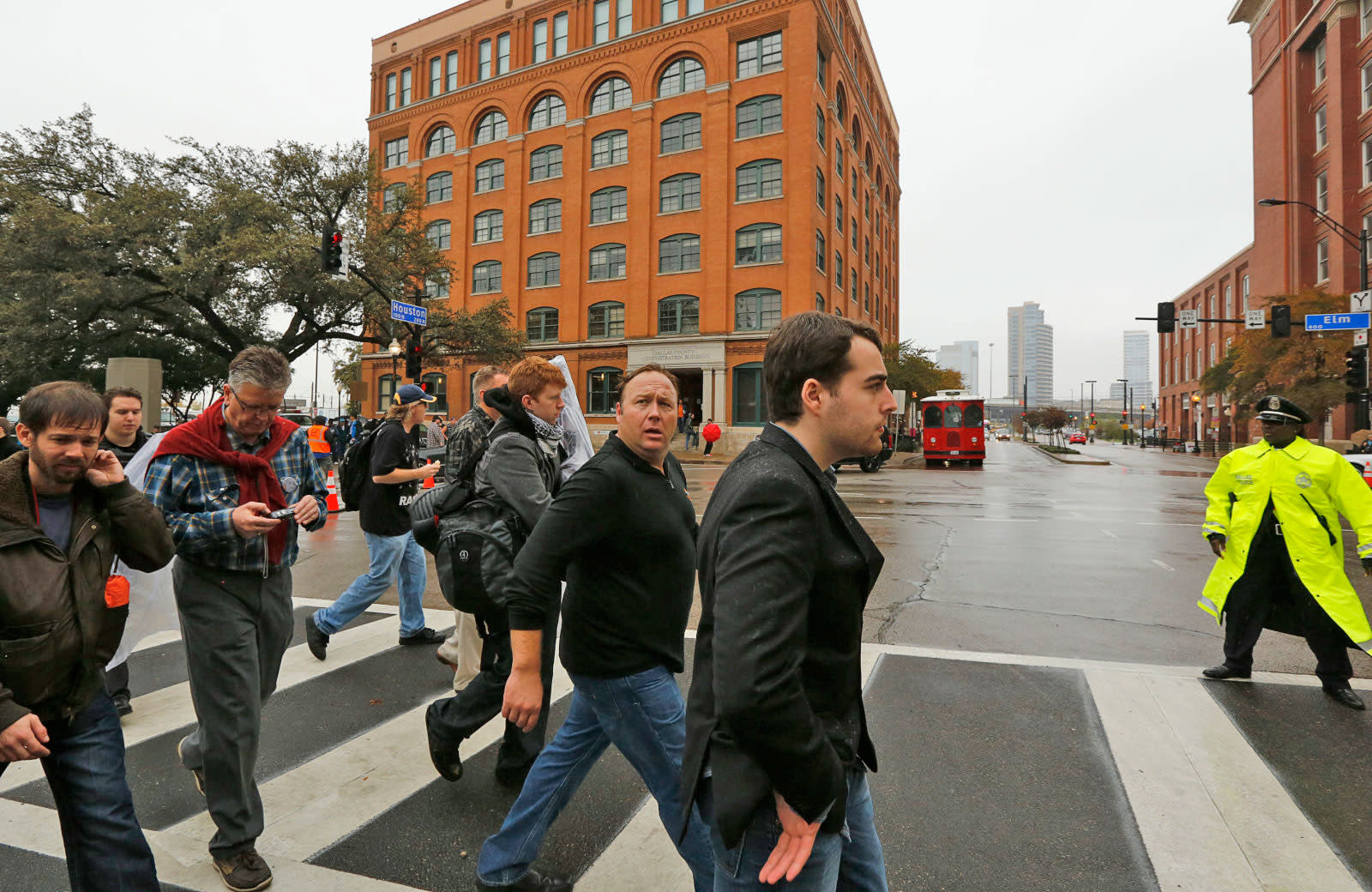 Despite artist Matt Furie's attempts to reclaim his Pepe The Frog character from neo-Nazis, his cartoon is still being used by the far-right. He created Pepe in the early 2000s and has described the character as a "peaceful frog-dude" whose true nature "celebrates peace, togetherness and fun." But in 2015, the far-right began to appropriate Pepe, using him as a representation of hate, white supremacy and anti-Semitism and the character became tied to racists and conspiracy theorists like Richard Spencer and Mike Cernovich. Furie has tried to reclaim Pepe through a #SavePepe campaign and by issuing cease-and-desist notices to those using its image and companies like Amazon, Google and Reddit whose sites hosted infringing content. He even tried to kill off the character last year. Now, he's going after Infowars.

As the Hollywood Reporter notes, Infowars is currently selling a poster that features Pepe The Frog alongside likenesses of Donald Trump, Milo Yiannopoulos, Ann Coulter, Matt Drudge, Roger Stone, Paul Joseph Watson, Kellyanne Conway and two Trump supporters known as Diamond and Silk. Trump's "MAGA" slogan is written on the bottom. Furie has filed a lawsuit against Infowars for its use of Pepe in the poster saying in his complaint that he "did not authorize the use of the Pepe image or character in this poster, and does not approve of the association of Pepe with Alex Jones or any of the other figures in this poster, or with the 'MAGA' slogan."

Furie is seeking damages and any profits made from the poster. He's also asking for an injunction that would prohibit Infowars and anyone working with the site from using Pepe's likeness.

In this article: alexjones, altright, art, CopyrightInfringement, gear, infowars, lawsuit, MattFurie, PepetheFrog, politics, WhiteSupremacy
All products recommended by Engadget are selected by our editorial team, independent of our parent company. Some of our stories include affiliate links. If you buy something through one of these links, we may earn an affiliate commission.