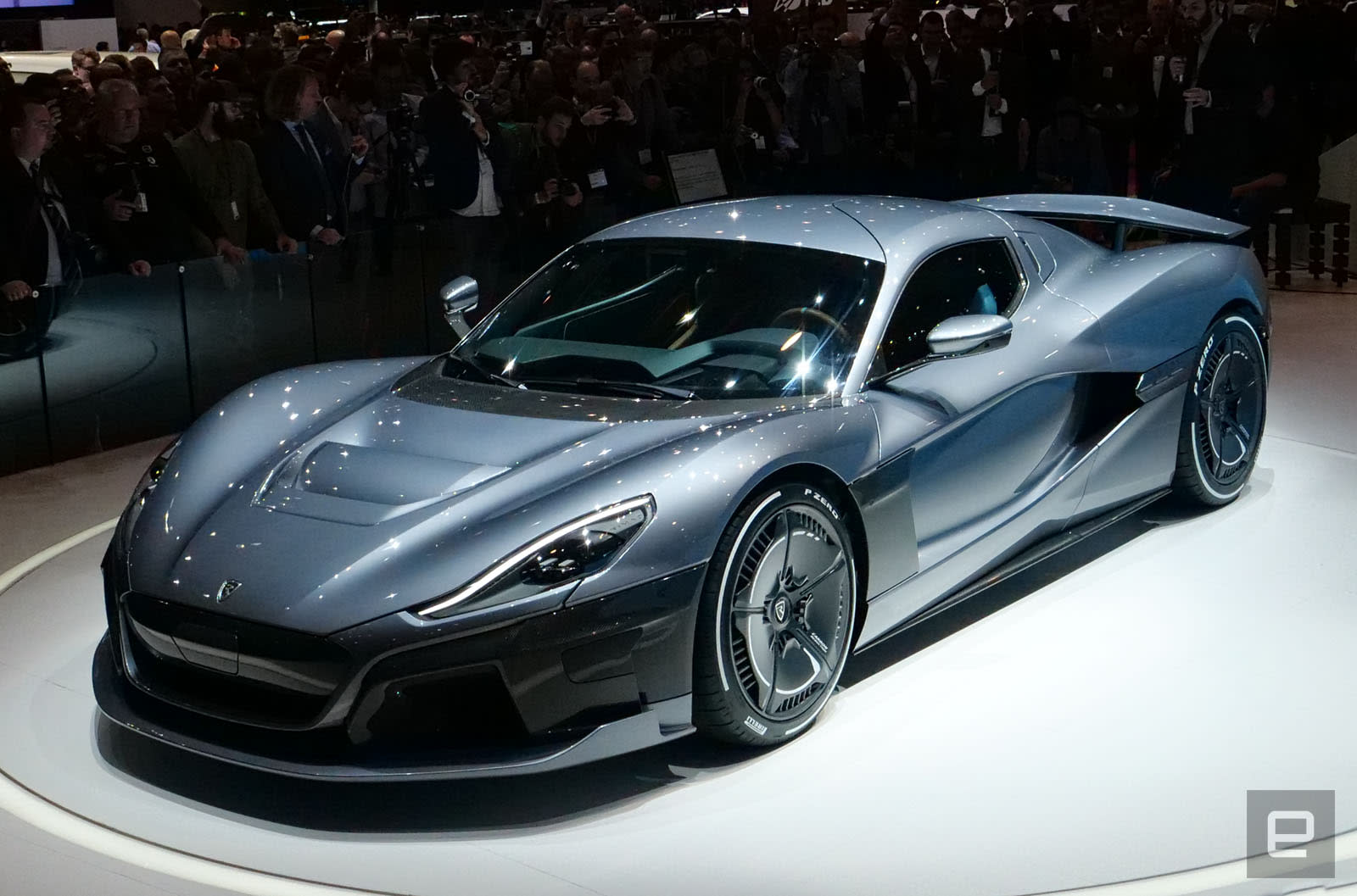 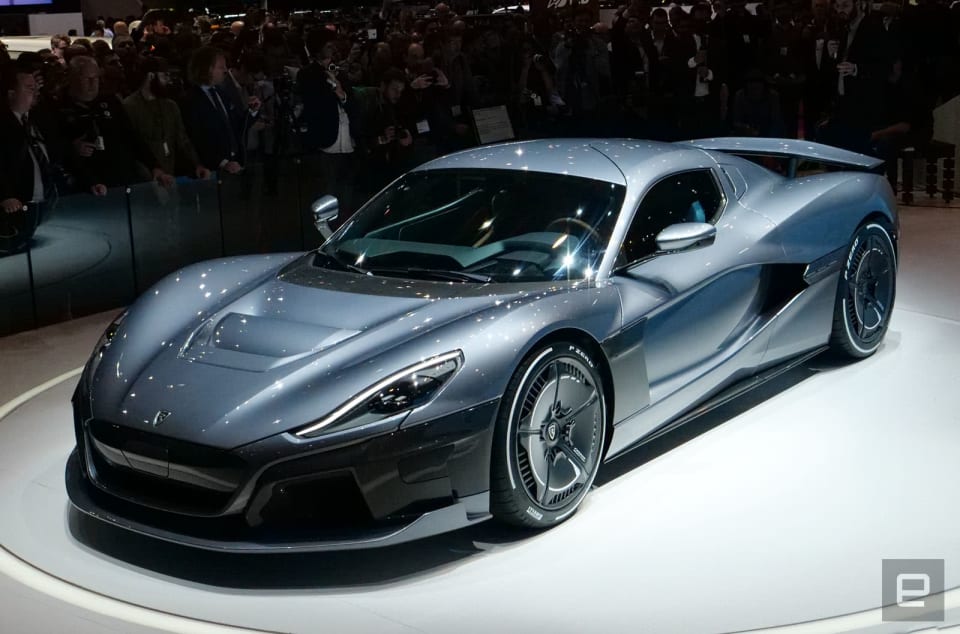 After a shadowy tease, Rimac has unveiled the Concept Two, a hypercar EV with an off-the-wall crazy 1,914 horsepower. That's about 500 more than pundits were expecting, and all those ponies will accelerate it to 60 mph in 1.85 seconds and to a top speed of 258 mph, Rimac says. Yes, those figures seem carefully calculated to outdo Tesla's upcoming next-generation Roadster, which is supposed to hit 60 mph in 1.9 seconds and top out at 250 mph. As a dose of perspective, 1,914 horsepower is 400 more than the Bugatti Chiron, currently one of the world's fastest supercars.

Built of carbon fiber, the Rimac Concept Two cuts a dramatic figure. Despite the integrated batteries and other touches designed to lighten things, it still tips the scales at 1,950 kg (about 4,300 pounds), which is a lot for a supercar. It will still corner like its on rails, Rimac says, thanks to torque-steering that's fully independent on each wheel.

In this article: ConceptTwo, ElectricVehicle, EV, gear, GenevaMotorShow2018, Hypercar, Rimac, transportation
All products recommended by Engadget are selected by our editorial team, independent of our parent company. Some of our stories include affiliate links. If you buy something through one of these links, we may earn an affiliate commission.