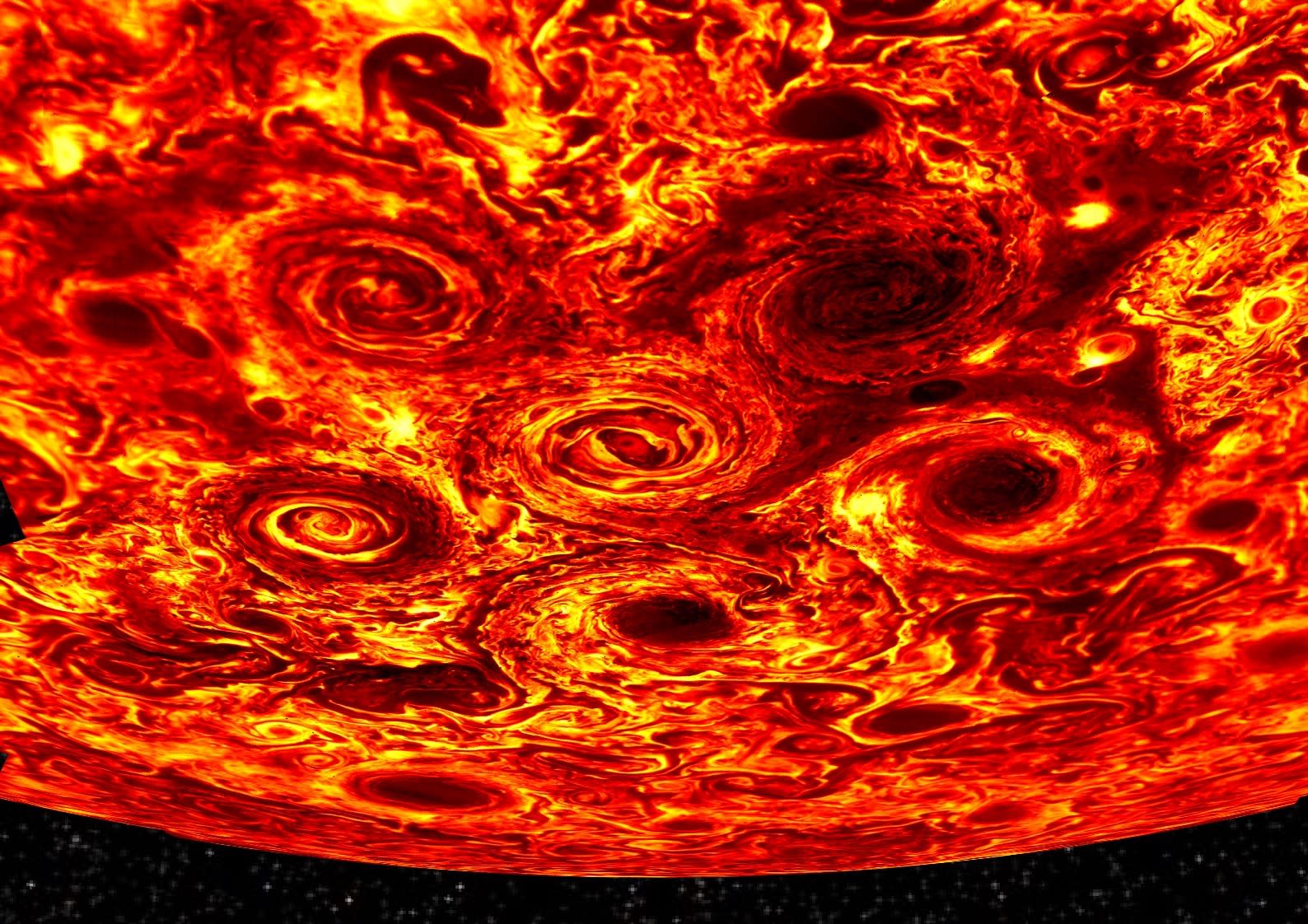 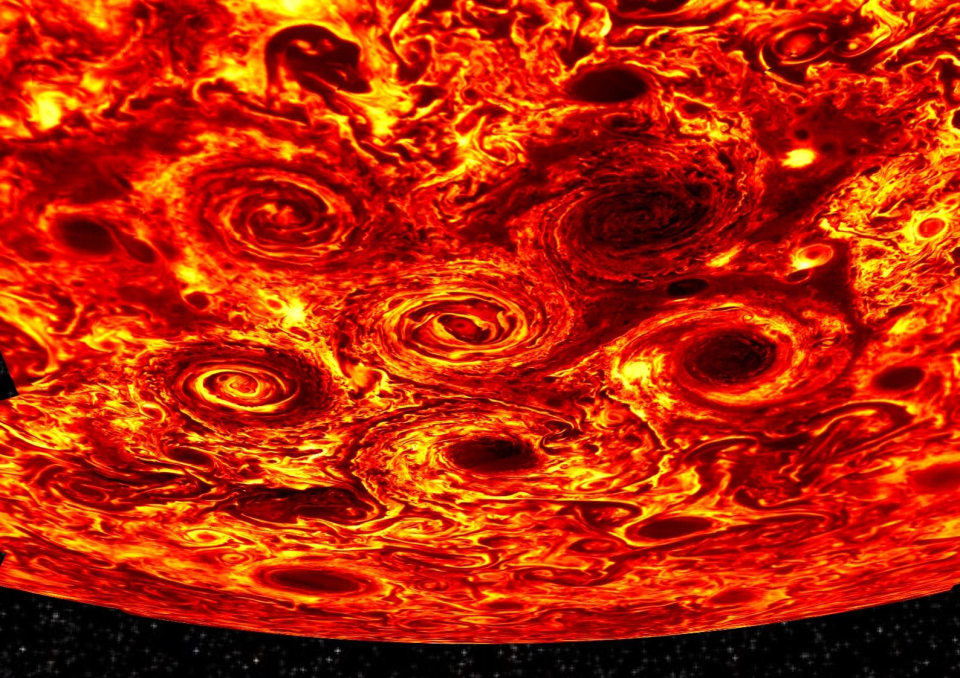 The Juno spacecraft has been orbiting Jupiter since 2016 and it has already provided us with a wealth of information about the gas giant. Today, four Nature papers describe new observations about Jupiter that give us a look at the planet's poles and a much better understanding of what lies underneath its surface.

Starting at the surface, one of the Nature papers describes some peculiar activity going on at Jupiter's poles. While we've known that the northern- and southernmost regions of the planet play host to rather large cyclones, new images taken by Juno show that these cyclones are arranged in a rather strange pattern -- eight cyclones surround one large one in the north while five surround a central cyclone in the south. You can see the southern arrangement in the image above. They've been situated this way throughout multiple Juno orbits, but how they became arranged that way or why they haven't merged aren't yet understood.

Two other papers took a look at the hallmark bands on Jupiter's surface and set out to determine whether the activity going on within them was related to what's going on beneath the planet's surface. Jupiter has a very distinct surface pattern with its bright and dark bands of gas, each featuring strong winds flowing in opposite directions. But scientists haven't been able to say whether that activity extends below the surface. However, by measuring small differences in the signals Juno sends back to Earth as it travels around Jupiter, researchers were able to determine that Jupiter's gravitational field isn't the same across its north and south hemispheres. And that lack of symmetry suggests that what's going on at Jupiter's surface extends deeper.

For surface winds to affect something as significant as a planet's gravitational field, they have to run deeper. And building on that observation, another group was able to show that Jupiter's surface jet streams extend around 3,000 kilometers deep -- much deeper than expected -- and make up around one percent of the planet's mass. Together, these two papers answer the long-standing question of whether Jupiter's surface activity continues below -- it does.

Lastly, the final paper of the four looks even deeper. While Jupiter's core is known to be fluid, mostly made up of hydrogen and helium, researchers find that from Juno's measurements, Jupiter's fluid core likely rotates as a rigid body. The scientists think that the gases within the core are electrically charged and are therefore moved around together by the planet's massive magnetic field.

These studies provide a look below Jupiter's surface and not only do they answer some questions about the planet itself, they give us insight into how gas giants like Jupiter function and evolve. The Juno mission hopefully has a few more years to go and we're certainly in for more discoveries about this weird and wonderful planet if so.

In this article: gear, juno, jupiter, nasa, research, space
All products recommended by Engadget are selected by our editorial team, independent of our parent company. Some of our stories include affiliate links. If you buy something through one of these links, we may earn an affiliate commission.