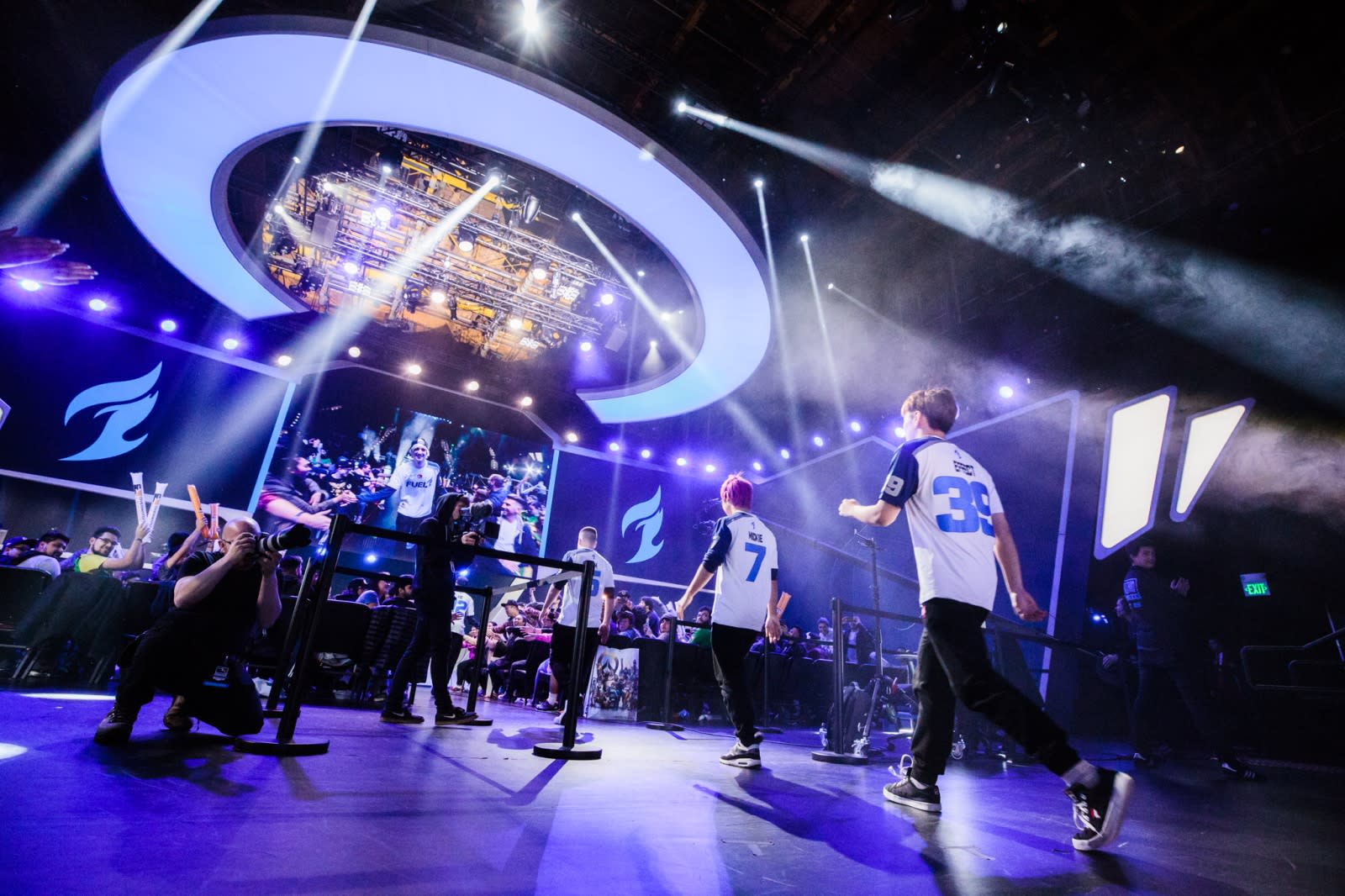 In January, Dallas Fuel pro Felix "xQc" Lengyel drew a suspension for violating the Overwatch League's Code of Conduct while streaming for using an anti-gay slur, and now he has been suspended again. The League announced that this four-game suspension is because Lengyel "repeatedly used an emote in a racially disparaging manner on the league's stream and on social media," and used "disparaging language" toward casters and other players on his stream and social media. Lyngel posted a "Trihard" emote (it is the face of Mychal "Trihex" Jefferson, a black man who streams on Twitch) while League host Malik Forté was on screen. He claimed it was an accident. During his last suspension, the Fuel extended it and said they would devote additional support to help him reflect the team's principles. This time the team has been quiet, but last night it also announced the signing of tank main (the position played by xQc) Son "OGE" Min-Seok.

Other players disciplined by the League include another Fuel tank player, Timo "Taimou" Kettunen who reportedly used anti-gay slurs during a personal stream and was fined $1,000. He apologized on Twitter, and said "I am sorry to the fans and supporters I let down and offended recently. I listen and read all the comments and I am utmost disappointed in myself that I said those things and all I can do is apologize and move forward."

Houston Outlaws coach Tae-yeong "TaiRong" Kim received a formal warning due to posting an offensive meme that joked about the 1945 bombings of Hiroshima and Nagasaki. He also apologized and made a donation to the Hiroshima Peace Culture Foundation. Finally, LA Valiant player Ted "Silkthread" Wang, received a $1,000 fine for violating the Blizzard TOS regarding account sharing.

As Blizzard attempts to expand its eSports influence it is increasingly facing questions about dealing with player conduct, however, the internet's focus is on pro gamers to an even higher degree than athletes in other sports, and in new ways. While we've seen leagues like the NBA fine or suspend players for using slurs or getting into trouble off the field, they don't usually have to dig into emote usage and chat logs to make a determination about how to handle things. The connectedness of viewers is a factor also -- during tonight's Twitch stream of league play, the same "Trihard" meme has been spammed in the chat almost constantly.

It is unacceptable for members of the Overwatch League to use or distribute hateful, racist, or discriminatory speech or memes. It is important for all members to be aware of the impact their speech may have on others. The overwhelming majority of Overwatch League players and staff are taking full advantage of the opportunity to play in the first major global, city-based esports league, and are rising to meet the occasion as the public figures that they are. We are committed to building a community around the Overwatch League that is welcoming and inclusive for all players and fans, and we hope that these disciplinary actions demonstrate our seriousness in that endeavor.

In this article: blizzard, entertainment, gaming, internet, overwatch, overwatchleague, suspension, taimou, xqc
All products recommended by Engadget are selected by our editorial team, independent of our parent company. Some of our stories include affiliate links. If you buy something through one of these links, we may earn an affiliate commission.
Share
Tweet
Share