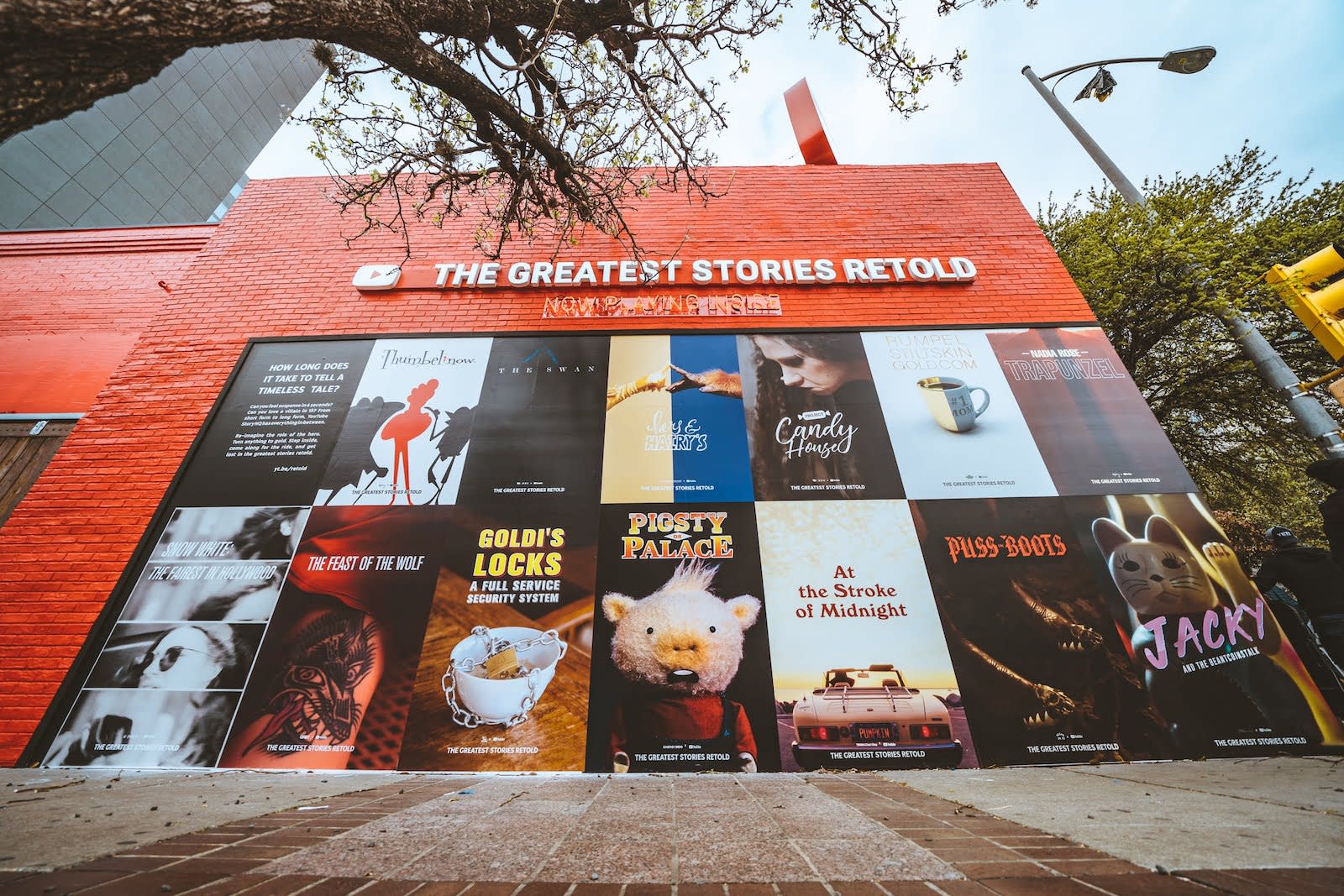 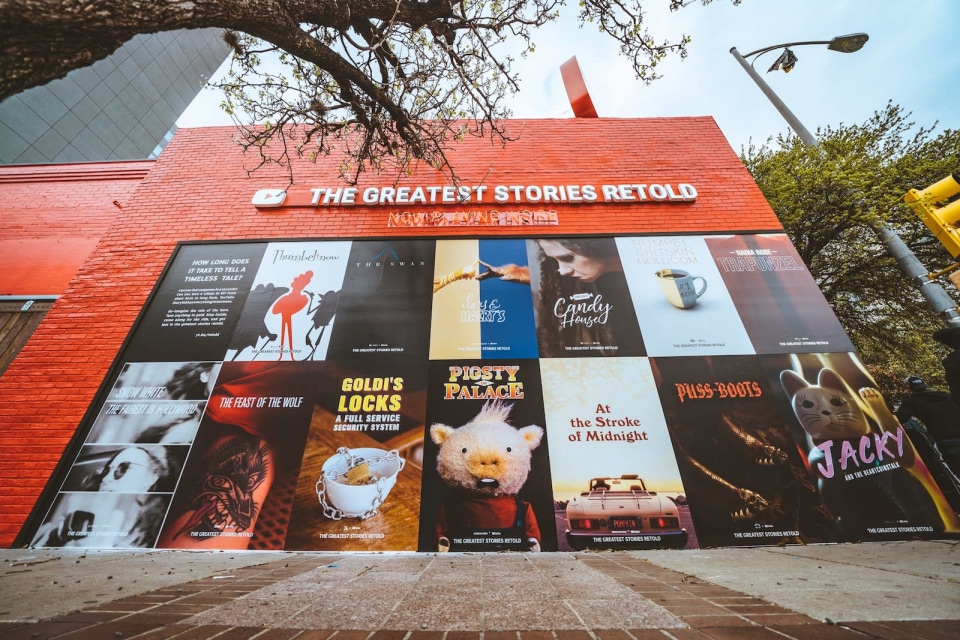 Unless it's during the Super Bowl, chances are not many people actively look forward to watching ads. But the main reason people do enjoy those is that brands design them to have a cultural effect, rather than just feel like a simple product-pitch video. At SXSW, YouTube is showing a form of that with "The Greatest Stories Retold," an installation inside its Story HQ space that had 13 creative agencies turn classic fairy tales like Snow White into interactive, short-form stories. What YouTube hopes to accomplish with this is to show the power of its six- and 15-second ads, as well as longer-form ones.

My personal favorite was Goldi's Locks, though that was mostly because I found it hilarious to see a bear with a blond wig trying to sell me a lock. While there wasn't much of an interactive aspect to that particular piece, YouTube did have others where you could step into high heels to play a video, or another where you sat in front of a desktop computer, pressed some keys and then you'd watch the story unfold. The experience was fairly similar to Vimeo's "The Decade" at SXSW, where it turned popular internet films into an art exhibition. An interactive version of Jackie and the Beanstalk.

For YouTube, this was mostly a way to encourage advertisers to get more creative with their ads and to let them know that all formats can be effective as long as your storytelling can resonate with consumers. Ben Jones, creative director and head of Unskippable Labs at Google, said that his team's goal is to find the best way to target users regardless of how long an ad is, be it six or 15 seconds, or even longer. "The biggest challenge is that we have this muscle memory that says, 'This is what an ad is,'" he said. "An ad is a thing that tells a story that has reasons to believe in supporting evidence and pays off for the brand. Well, that's more time than you have in six seconds, so what can you do in six seconds?"

He said that having those time constraints also pushes advertisers to get their point across clearly. "I think it forces clarity," he said. "It forces you, because especially after you do a lot of six-second ads, suddenly, 30 seconds seems like forever." Either way, the truth is that ads aren't going away anytime soon, probably ever. So if they can start feeling less like, well, ads (as they did at YouTube's SXSW exhibit), then that's a win-win for everyone.

In this article: ad, ads, advertising, art, business, entertainment, gear, google, internet, interview, storyhq, sxsw, sxsw2018, thegreateststoriesretold, video, videos, youtube
All products recommended by Engadget are selected by our editorial team, independent of our parent company. Some of our stories include affiliate links. If you buy something through one of these links, we may earn an affiliate commission.