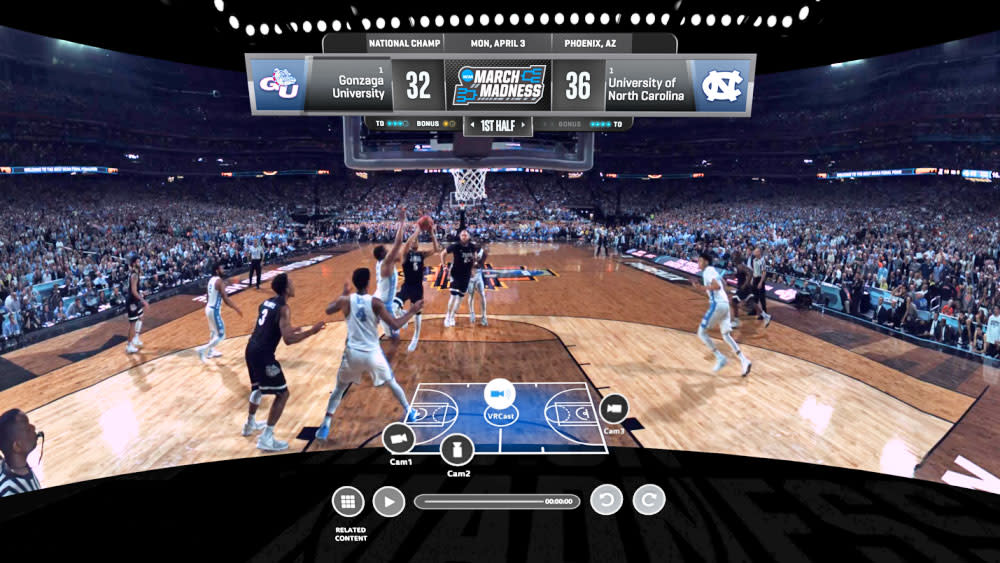 Turner Sports, CBS Sports and the NCAA will once again be offering VR livestreams of the March Madness tournament, Variety reports. The NCAA March Madness Live VR app will host 21 games starting with the first and second rounds and continuing through the National Championship. Users will be able to choose whether they want to view the game from a particular camera or watch produced coverage with multiple camera angles and audio. First and second round games will include commentary from TBS, CBS, TNT and truTV telecasts while the app will host play-by-play commentary from Spero Dedes, Steve Smith, Rich Waltz and Steve Lavin during Sweet 16 and Elite 8 games. Dedes and Smith will also provide commentary during the Semifinal and Championship matchups.

Last year, the NCAA also teamed up with Turner Sports and CBS Sports on VR game coverage beginning with the Sweet 16. In 2016, the NCAA provided free VR streams of the Final Four and National Championship games.

Pricing will be a little different than last year's. Individual games will cost $3 while the full tournament pass is priced at $20. The NCAA March Madness Live VR app will also have full-length game replays, game highlights and video-on-demand featuring coach and player interviews, among other content. You can get the app through Facebook's Oculus Store and the Google Play store starting today.

In this article: av, basketball, CbsSports, entertainment, MarchMadness, ncaa, TurnerSports, vr
All products recommended by Engadget are selected by our editorial team, independent of our parent company. Some of our stories include affiliate links. If you buy something through one of these links, we may earn an affiliate commission.