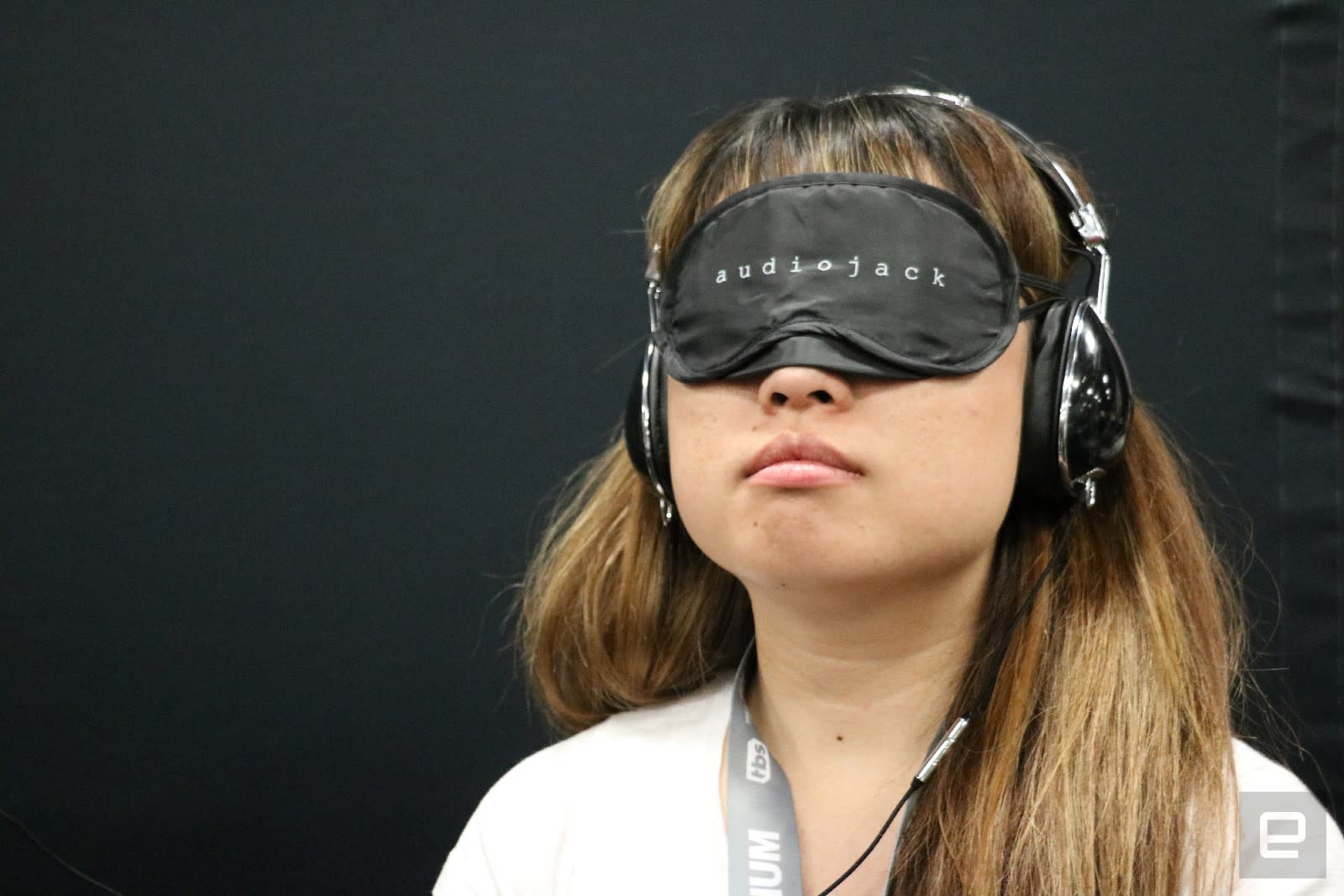 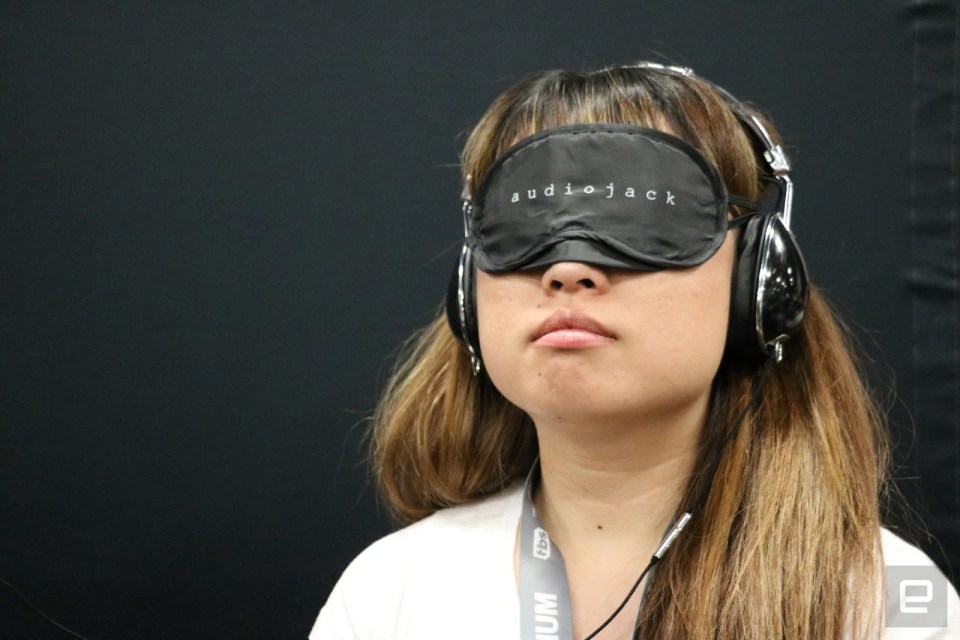 I stopped short when I came upon Audiojack's booth at the SXSW Wellness Expo. Four blindfolded men sat in a huddle with headphones on, looking deeply engrossed. The company's affable representative David Tobin was a few steps away, explaining his app to a group of curious onlookers. It turns out the listeners were immersed in "audio movies" -- three to 10-minute sound stories that tell tales without visuals or words.

Audiojack's app has been available for years, but Tobin told Engadget he's making a concerted effort to launch the service this SXSW. He's been working with hospitals, research institutions and charitable organizations to bring sound movies to kids and the elderly and investigate the benefits they bring. Audiojack conducted a study at senior living facility Belmont Village's "memory loss and dementia group" to test ease of recall, and found that "every participant recalled their past and were 100-percent lucid and engaged."

Apprehensive but intrigued, I dropped my backpack to the floor, strapped on the blindfold and put the headphones on. Tobin started a "science fiction adventure" and after a couple of false starts, the "movie" began. I listened to a person's footsteps in what sounded like a forest, drawing up lush greenery in my head as I envisioned a trekker walking. As vehicles drove by, I started to see a small road in my head, and my mental imagery grew more and more detailed as the story progressed. Eventually, as the plot twisted and turned, I had a hard time following along in my head, but that was in part due to the distractingly loud sounds coming from adjacent booths.

After the four-minute session, I didn't feel much more relaxed than I did before. But I can definitely see Audiojack's appeal. Besides the touted benefits for memory and encouraging imagination, the idea of ambient sound that isn't simply repetitive white noise is something I appreciate. I can even imagine playing this on my smart speaker to lull me to sleep or fill my apartment with noise as I go about my errands.

Despite my skepticism at the potential benefits, I'm still intrigued by the promise. The app also offers exercises to foster imagination -- activities like asking the user to draw what they heard and fill in specific details. According to the company, the Cancer Wellness Center of Chicago has used the app "for those going through chemotherapy and other treatments," while fitness programs use it to help with motivation and endurance training. Audiojack is also used in writing, art and history classes.

Given all that our senses are bombarded with today, the idea of a sound-only movie seems not just like a great way to relax, but also a chance to hone typically unflexed muscles like focus and imagination. The app is available for free on Android and iOS, but you'll need to pay $2.99 a month (or $14.99 a year) to unlock more episodes.

In this article: apps, AudioJack, av, entertainment, gadgetry, gadgets, gear, medicine, sxsw2018
All products recommended by Engadget are selected by our editorial team, independent of our parent company. Some of our stories include affiliate links. If you buy something through one of these links, we may earn an affiliate commission.