Astronomers may have witnessed a planet's birth 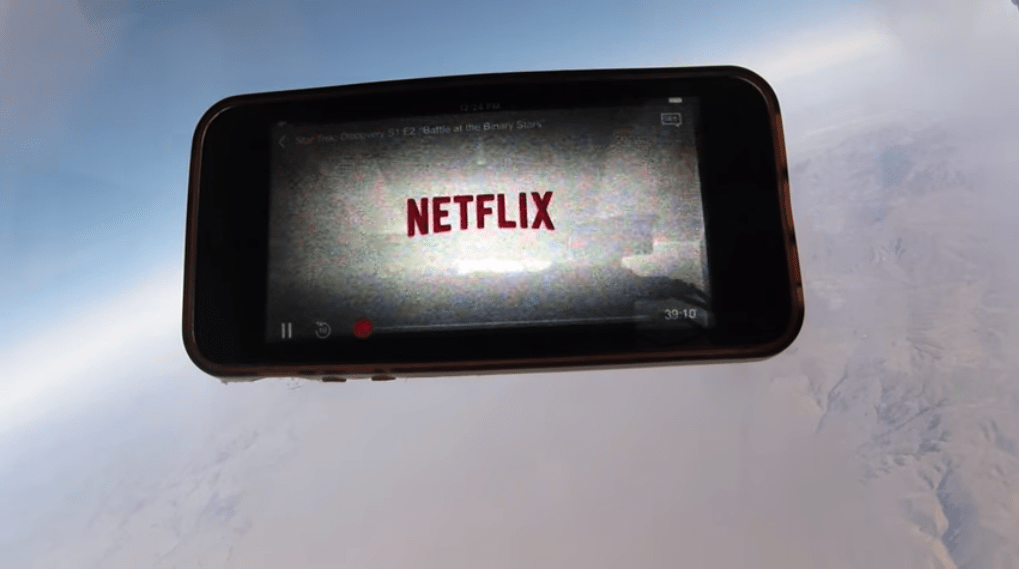 Netflix is already available in 190 countries, so where's the next logical place of expansion? Space, obviously. As part of Netflix's latest hack day, a team sent an iPhone with downloaded Netflix content into the heavens with a GoPro camera, reaching an altitude of approximately 115,000 feet. The show kept playing, albeit without sound because in space, no-one can hear you scream. Subtitles on, then.

Of course the show in question was Star Trek, although it seems illogical that the team opted for Star Trek: Discovery, which isn't actually available to stream on Netflix in the US (it's available on CBS All Access).

Other cool hacks from the day included a virtual 3D Bay City (from the Altered Carbon Universe) that serves as a functional Netflix home page, and a panning vertical player that lets commuters on packed public pan around full screen portrait videos by tilting the device, so no more elbows in faces.

In this article: AlteredCarbon, gopro, HackDay, Netflix, portraitvideo, space, verticalpanning
All products recommended by Engadget are selected by our editorial team, independent of our parent company. Some of our stories include affiliate links. If you buy something through one of these links, we may earn an affiliate commission.