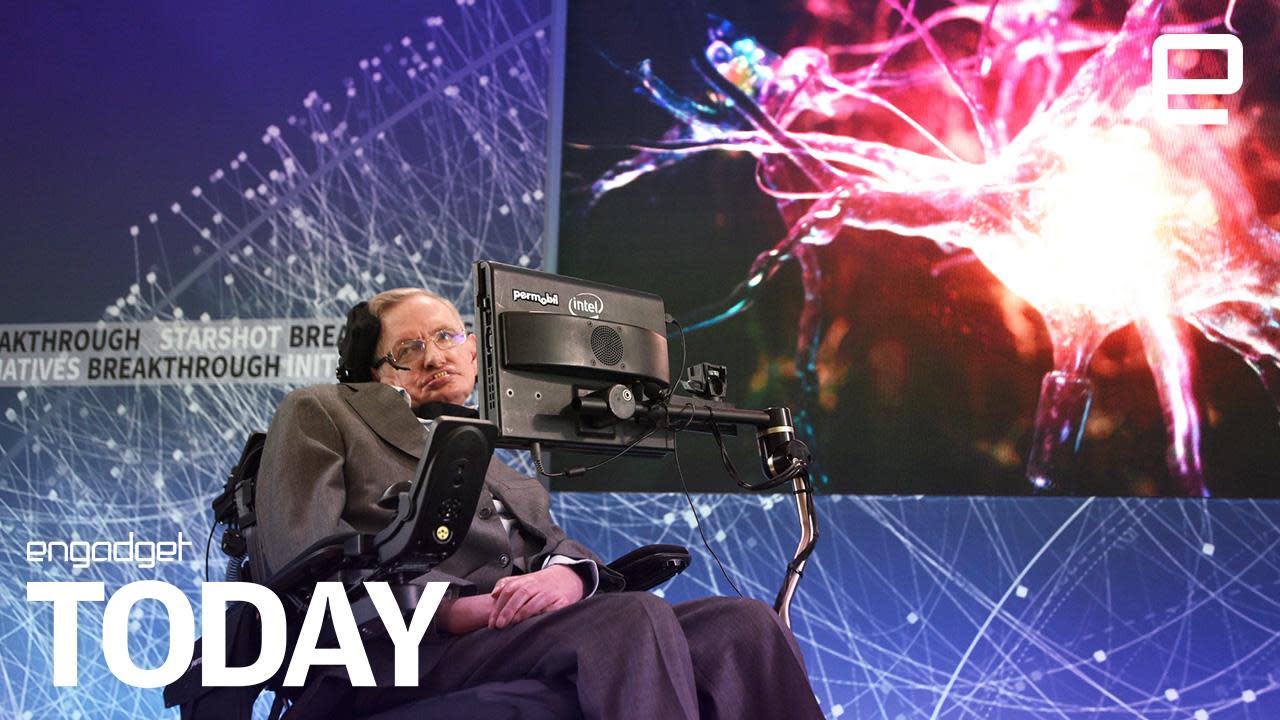 Late Tuesday night the family of Stephen Hawking announced that the physicist has passed away at the age of 76. Awarded more than a dozen honorary degrees, Hawking theorized that black holes emitted a form of thermal radiation, and contributed to work trying to unify Einstein's theory of relativity with quantum physics.

In 1988 he wrote "A Brief History of Time," serving as an overview of astronomy and modern physics, which went on to sell more than 10 million copies, spurring a biographical documentary directed by Errol Morris and produced by Steven Spielberg. In 2014, Eddie Redmayne won a best actor Oscar for his portrayal of Hawking in The Theory of Everything, based on accounts of his early life by his first wife Jane Hawking.

After contracting amyotrophic lateral sclerosis (ALS) in 1963, he was told by doctors that he had two years to live but survived for 55. The disease eventually reduced his body control to flexing a finger and eye movements, so Hawking relied on his wheelchair for movement and a computer controlled via eye-tracking to speak. The software he used to communicate was released for free, and the scientist experienced zero-gravity aboard the "vomit comet" during a flight in 2007.

In a statement, his three children said:

"We are deeply saddened that our beloved father passed away today.

He was a great scientist and an extraordinary man whose work and legacy will live on for many years.

His courage and persistence with his brilliance and humour inspired people across the world.

He once said, 'It would not be much of a universe if it wasn't home to the people you love.'

We will miss him forever."

It had to happen, eventually. We were lucky to have him for so long, and I was lucky to be able to work with him. A truly fabulous human being. Stephen Hawking. Funny, perverse, and, of course, brilliant.

In this article: AOLoriginals, breaking news, DailyShow, Engadget, EngadgetToday, EngadgetVideo, entertainment, obituary, rip, space, stephenhawking
All products recommended by Engadget are selected by our editorial team, independent of our parent company. Some of our stories include affiliate links. If you buy something through one of these links, we may earn an affiliate commission.