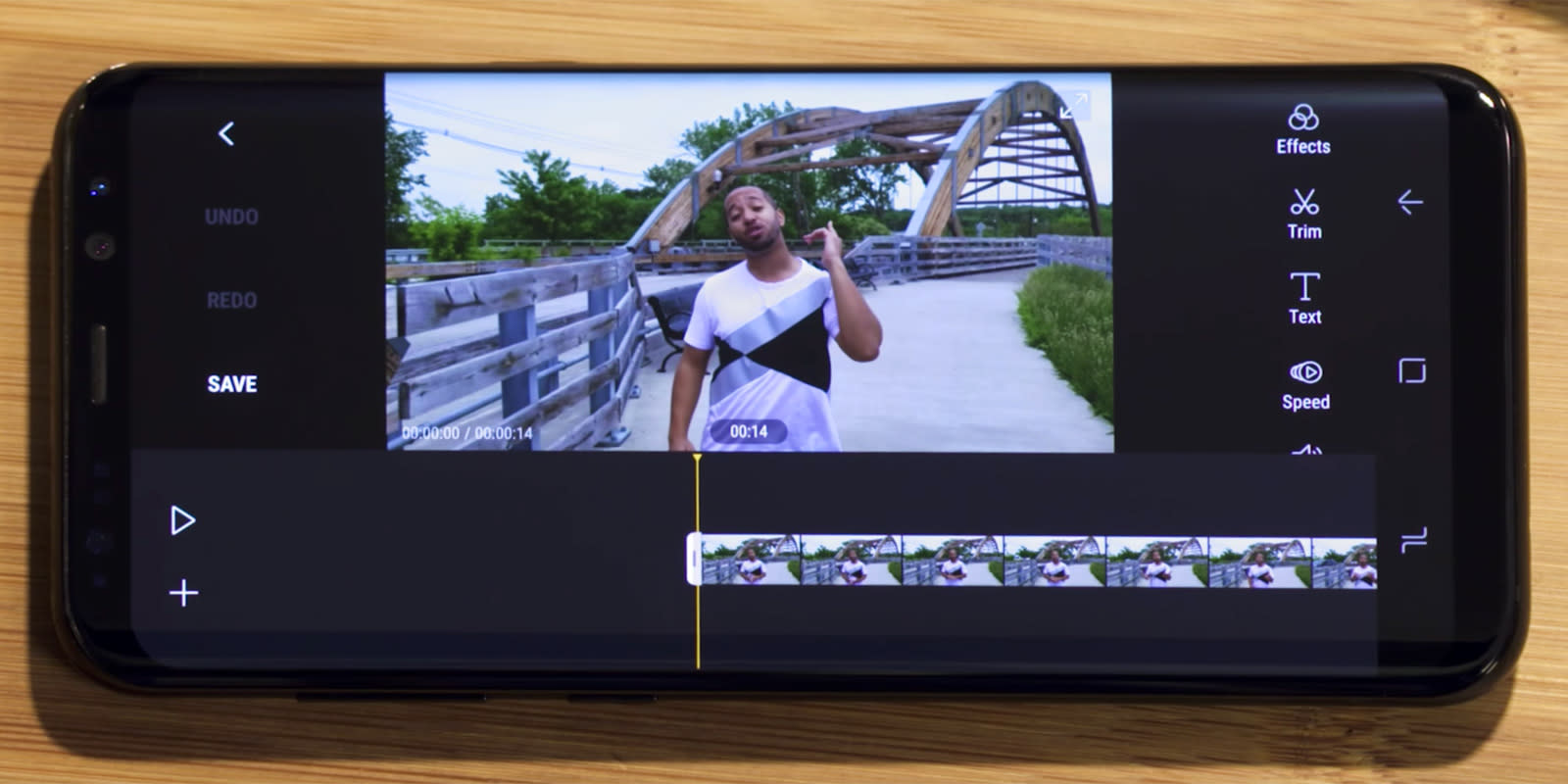 Samsung phones have long had a built-in Movie Maker app that lets you spice up your clips -- helpful if you'd rather not hunt down a third-party app just to do more than trim your footage. However, you'll soon have to kiss it goodbye. The latest version of Movie Maker is warning users that the app will "no longer be provided" when the Android P update arrives. That could take a long while (the stock Android P release likely won't be ready until late summer, let alone Samsung's version), but you won't want to dilly dally. Samsung is warning that it'll delete all projects at that point, so you'll want to save finished videos before the cutoff.

It's not certain just why Samsung is ditching Movie Maker or what will happen in the aftermath. Is this due to a lack of popularity, a compatibility issue, an expectation of a replacement (whether from itself or Google) or something else entirely? Samsung has been accused of offering needlessly duplicative apps on its Galaxy phones in the past, but you can't argue the same for Movie Maker when Android's current built-in video editing is basic at best. This may be an acknowledgment that bundled movie editors aren't as appealing in an era when you're more likely posting a raw clip to Instagram than producing a magnum opus you'll watch on a big screen.

In this article: android, galaxy, gear, mobile, moviemaker, samsung, samsungmoviemaker, smartphone, videoediting, videoeditor
All products recommended by Engadget are selected by our editorial team, independent of our parent company. Some of our stories include affiliate links. If you buy something through one of these links, we may earn an affiliate commission.