'Skye' exists in the soothing space between 'Spyro' and 'Journey'

Hands on with an adorable game you can't lose.

In the midst of all the neon pixels, gun blasts, stylized narrative adventures and action-packed space romps scattered around the Indie Megabooth at GDC, Skye immediately caught my eye. It was crisp and bright, showcasing a rich fantasy world in a soft, cartoonish 3D style. Something about it was soothing at first sight -- perhaps it was the way the main character, a bright blue dragon, soared around the valley like a serpentine kite. Maybe it was the lush green grass draped over the landscape and its series of floating islands.

Whatever the reason, this is precisely the vibe that Skye developers at Puny Astronaut are going for: eye-catching calm. And, so far, they're succeeding.

Here's how Puny Astronaut describes Skye on the back of the game's information card: "Glide through a gentle and charming world that couldn't be happier to see you." And it's true -- in Skye, there are no evil monsters out to destroy the world, no weapons to find, no traps to avoid and no enemies to slaughter. In fact, there's no way to lose in Skye at all. This is a hug in video game form.

The game itself involves traversing the land as a flying dragon, playing with giant suspended pianos, solving puzzles, soaring through fields of flowers and chatting with the townsfolk. Some of them need assistance tending their farms or selling their wares, and players can help out as they investigate the valley.

Skye employs just a handful of simple controls. For example, playing with an Xbox gamepad, press the right trigger and the dragon gets a burst of speed; press Y and he lets out a cute cooing noise that helps investigate the surrounding area. 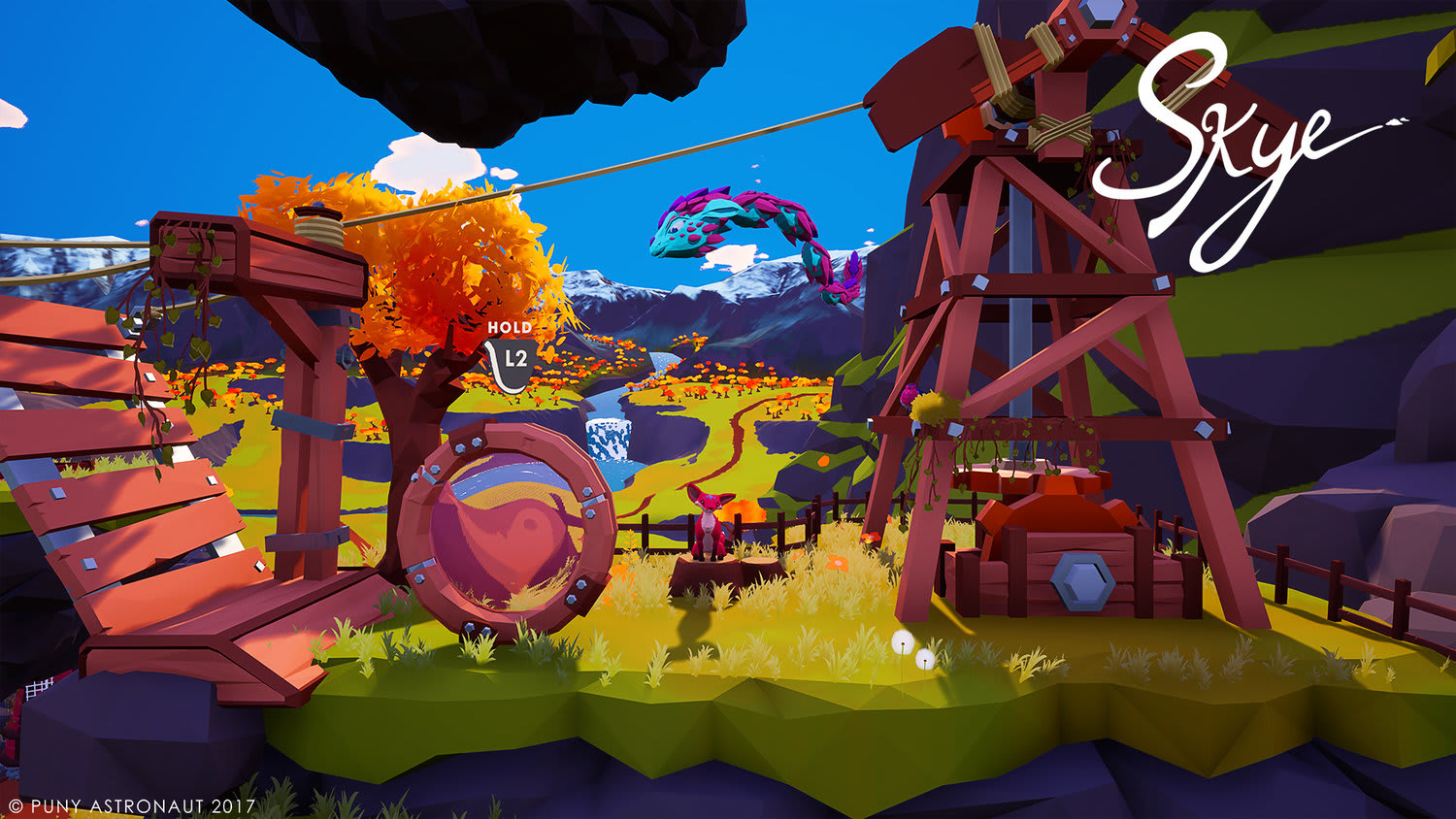 None of this would work if Skye weren't a visually pleasing game -- half of its intrigue stems from the bright, striking art style, and little details that make the world feel mysterious and open at the same time.

Puny Astronaut is a small studio based in Dundee, Scotland, which means it has a high-profile neighbor -- 4J Studios, the company that put Minecraft on consoles. 4J caught sight of Skye early on, and it invested a six-figure sum into Puny Astronaut, allowing the team to overhaul their original code and create a full-fledged title for Xbox One, Nintendo Switch and PlayStation 4. Developers aren't committed to a concrete release date yet, but they're eyeing late 2019.

All products recommended by Engadget are selected by our editorial team, independent of our parent company. Some of our stories include affiliate links. If you buy something through one of these links, we may earn an affiliate commission. All prices are correct at the time of publishing.
View All Comments
'Skye' exists in the soothing space between 'Spyro' and 'Journey'