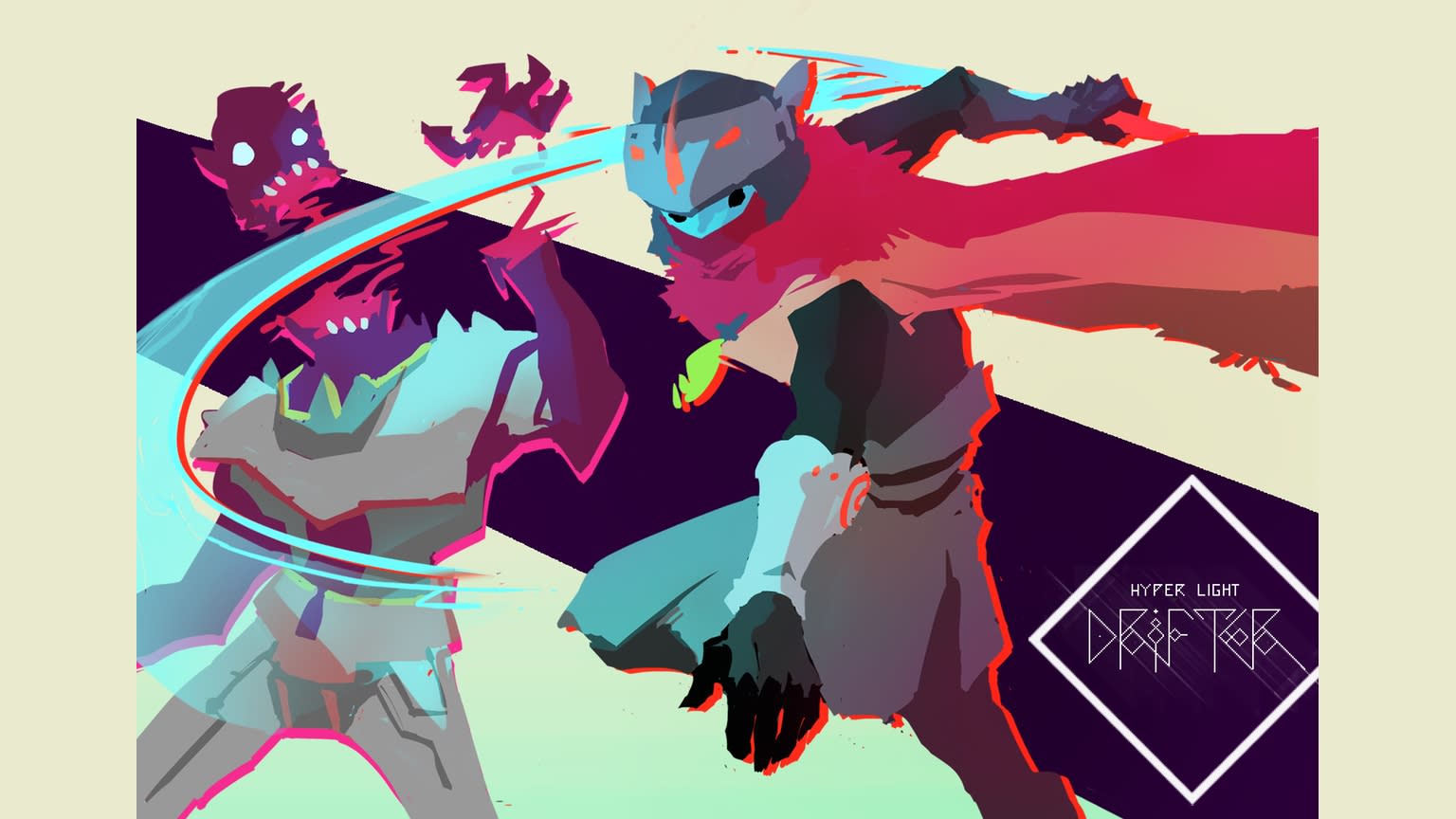 Nintendo wasn't done with the indie game announcements after its #Nindies live stream earlier today. At an event and on social media it revealed three more ports coming to the Switch soon: Hyper Light Drifter, Nidhogg 2 and Crashlands. All three are GameMaker Studio titles, so it's not surprising they're coming to Nintendo's convertible console now that the development tool has Switch support built-in.

Hyper Light Drifter is confirmed due this summer in the eShop -- after missing out on a hoped-for Wii U release -- while the other two are scheduled to arrive later this year. Abylight Studios is in charge of the port and said it's working with GameMaker creator Yoyo Games since this title "pushed the technical envelope." If you'd like an early peek, the original developer tweeted a brief, blurry clip of the game running on Switch.

Journey through a beautiful, vast world riddled with dangers when #HyperLightDrifter launches on #NintendoSwitch #eShop this summer! #Nindies pic.twitter.com/8tUu8Q4RVo

Alright so NOW I can finally say we are coming to Nintendo Switch! 2018, here we go

In this article: crashlands, gadgetry, gadgets, gamemakerstudio, GameMakerStudio2, gaming, gdc2018, hyper-light-drifter, HyperLightDrifter, indie, nidhogg2, nindies, nintendo, nintendoswitch, switch
All products recommended by Engadget are selected by our editorial team, independent of our parent company. Some of our stories include affiliate links. If you buy something through one of these links, we may earn an affiliate commission.