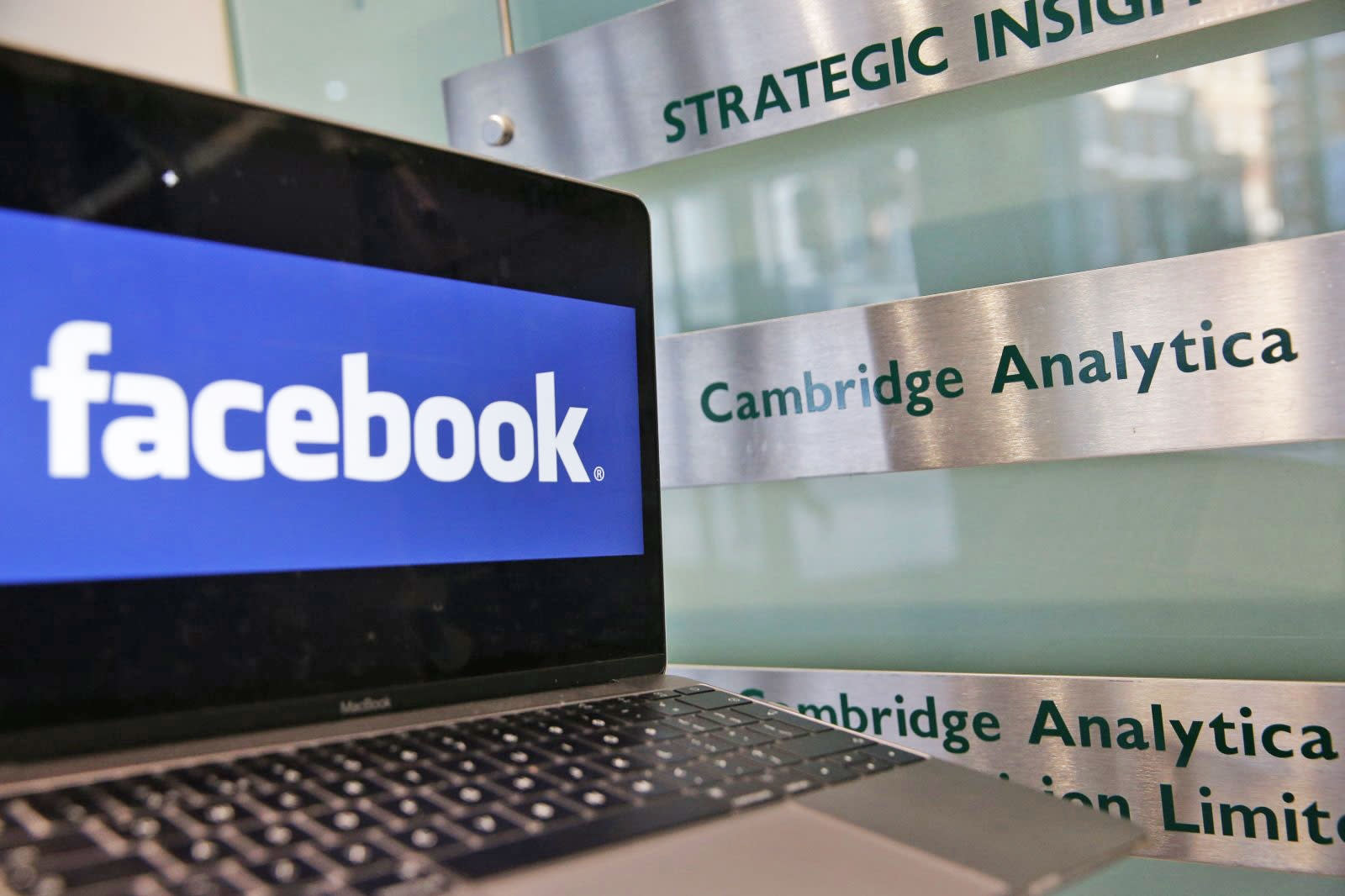 Facebook and Cambridge Analytica are already dealing with numerous private lawsuits over non-consensual data sharing, but they now have to grapple with a state-level lawsuit. Illinois' Cook County has filed a lawsuit against both companies accusing them of violating the state's Consumer Fraud and Deceptive Business Practices Act. Cambridge Analytica allegedly broke the law by misrepresenting its "thisisyourdigitallife" app as an academic research tool when it was really meant to harvest personal data against Facebook's agreements. Facebook, meanwhile, was accused of falsely promising to protect user data and doing nothing to stop Cambridge Analytica for years after learning of its behavior.

Cook County didn't cite an overall claim for damages, but noted that each violation of the Illinois fraud act could carry a penalty of up to $50,000, plus as much as $10,000 more if a given victim is 65 or older. We wouldn't expect the state to seek the maximum penalty per person when there are reportedly "millions" of affected residents, but it could be a costly lawsuit if successful.

We've asked Facebook if it can comment. When Mark Zuckerberg and Sheryl Sandberg have acknowledged problems with handling Cambridge Analytica's behavior, however, the social network may be more focused on limiting damages than avoiding them entirely. And it won't be surprising if other states join in -- over 50 million people were affected by the data collection, and that's bound to include victims in other parts of the US.

In this article: cambridgeanalytica, facebook, fraud, gear, illinois, internet, lawsuit, privacy, socialnetwork, socialnetworking
All products recommended by Engadget are selected by our editorial team, independent of our parent company. Some of our stories include affiliate links. If you buy something through one of these links, we may earn an affiliate commission.