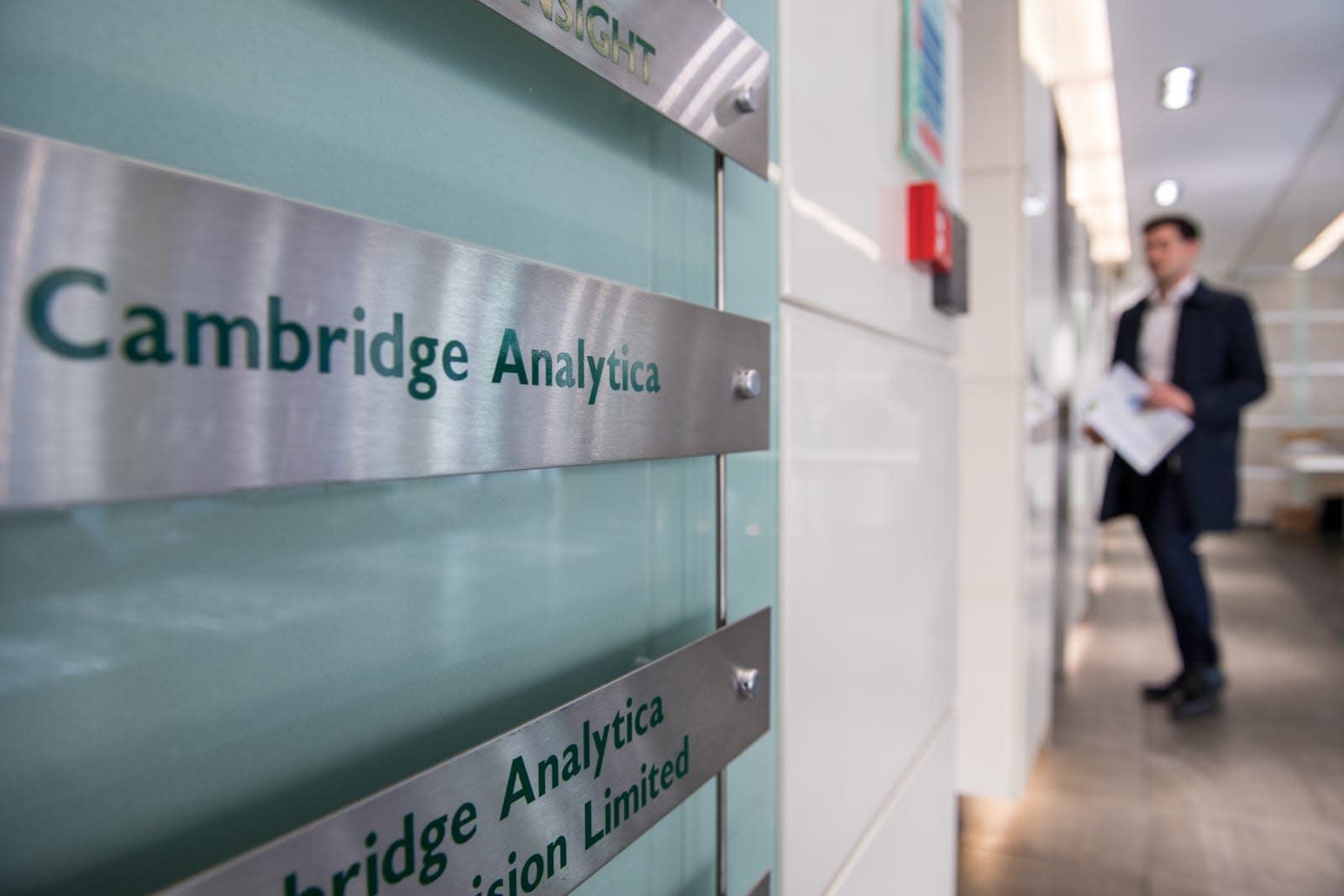 Cambridge Analytica's Facebook data harvesting hasn't just prompted lawsuits over the privacy violations -- it's now sparking a legal battle over its role in US elections. ABC News has learned that watchdog group Common Cause has filed complaints with the Federal Election Commission and Justice Department alleging that Cambridge Analytica broke federal election laws barring foreigners from participating in the strategies of US political campaigns. According to Common Cause, the UK firm ignored warnings to avoid involvement in American political committees and provided its Facebook user data to help target campaign efforts that included the presidential runs of Donald Trump and Ted Cruz as well as a John Bolton super PAC.

In particular, the complaint references a New York Times story documenting an attorney's July 22, 2014 memo to Steve Bannon, GOP donor Rebekah Mercer and Cambridge Analytica chief Alexander Nix warning against foreign involvement in strategy. They could collect and process data, but US citizens had to interpret that data -- and Nix was told to recuse himself from management of US clients to be safe. Nix reportedly ignored that advice, making key decisions around US clients for both the 2014 and 2016 elections.

Cambridge Analytica hasn't commented on the election complaints, but has denied doing anything illegal by using an app billed as an academic tool to collect user data for over 50 million people without their consent. It won't be surprising if the company fights this as well -- it's being accused of nothing less than interfering in the US electoral process. We'd expect it to contend that it had only limited involvement with the data despite Nix's management.

In this article: cambridgeanalytica, commoncause, departmentofjustice, election, election2016, facebook, fec, federalelectioncommission, gear, internet, politics, privacy, socialnetwork, socialnetworking
All products recommended by Engadget are selected by our editorial team, independent of our parent company. Some of our stories include affiliate links. If you buy something through one of these links, we may earn an affiliate commission.