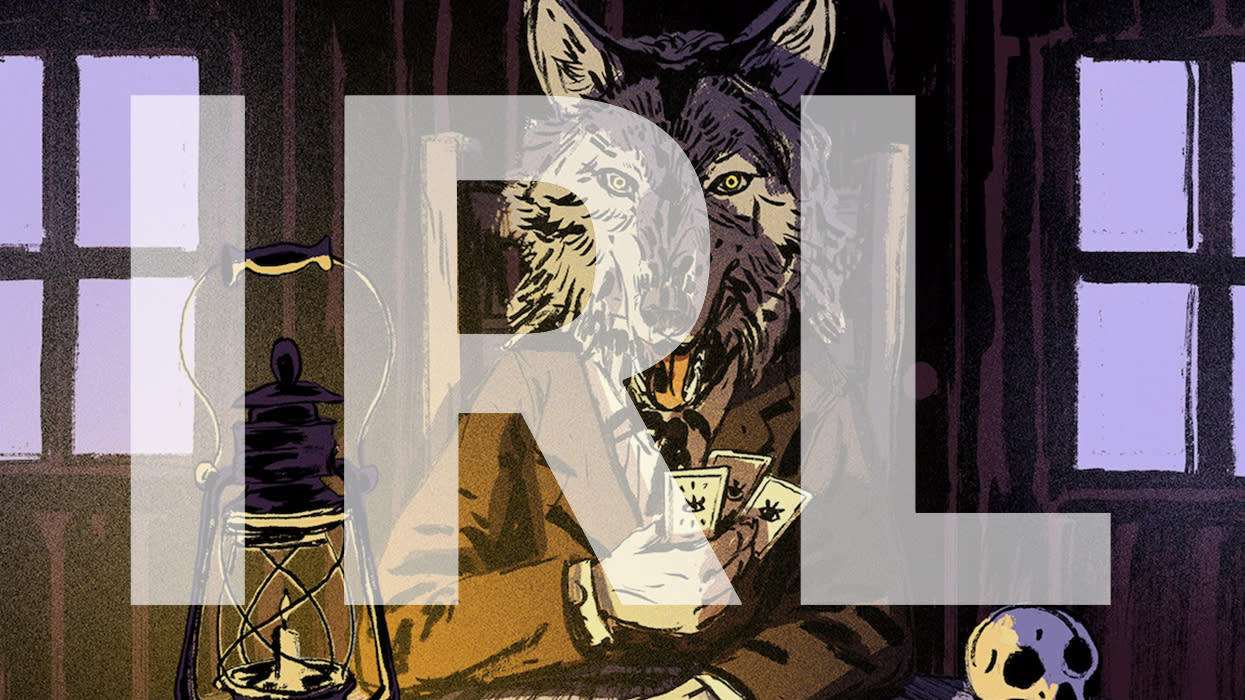 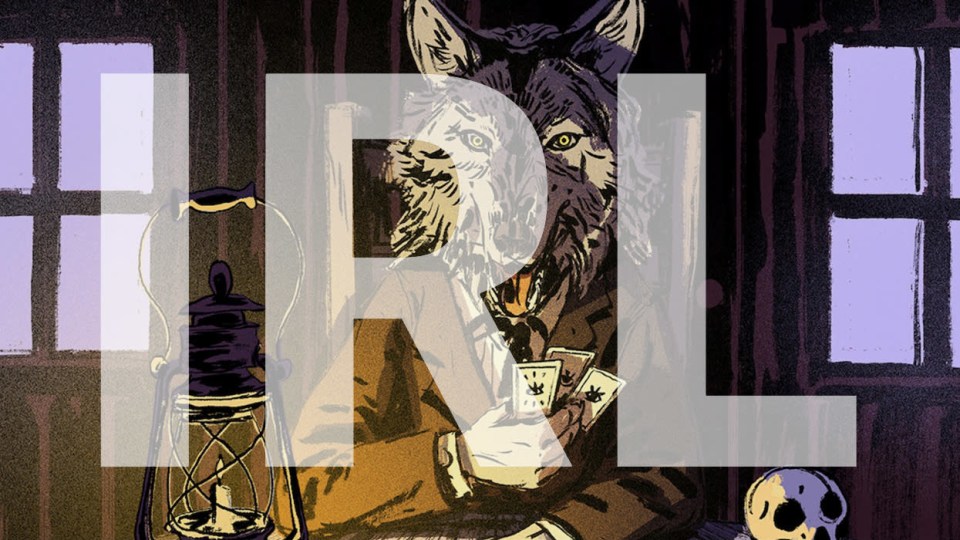 Most video games with a focus on conversations put a lot of importance on choices. In titles like Life Is Strange or The Walking Dead, what your character says can decide who lives and dies. But Where the Water Tastes Like Wine, the long-awaited debut from Dim Bulb Games, is focused less on what people say and more on what they mean — the core, the heart, the truth of the message. It's a story about the stories that spread across America. It's about what people say when they try to fit everything true about this huge, wild, weird country into words.

In the game, you play a traveler tasked with collecting 'true' tales, and you start by spinning events you witness into yarns of your own. These can be traded with notable vagabonds around campfires, and you'll win them over by telling stories they're in the mood for. In exchange, they reveal what events put them on the road, which is what you're really after. Down the line, you'll hear strangers in distant towns repeat the stories you tell, with embellishments added along the way.

In practice, this bargaining chain is pretty easy to get the hang of. The rest of the game is spent re-encountering your favorite tramps, rogues and heartland folks to glean more of their stories as you ramble across a gorgeous, artsy map of America. Which is to say it has a singular appeal: If you're looking for more than chatting up a wide cast of oddballs and ruffians, this might not be your bag. But there's nothing like it in video games. Where else will you experience the power and transience of stories?

For example, by the time you hear the stories you've told, strangers have added some strikingly inaccurate details. Even when you try to correct the hearsay, people will prefer the stranger version. Which is only natural. Where the Water Tastes Like Wine is about letting go of your perspective and letting the world refine your message, even if that ultimately changes, too. The added hyperbole puts a little distance between commonfolk and the truths they know intimately: Of misfortune, of heartache, of loss. Given a little outlandish character, these tales can comfort anyone struggling to get by in America, who hear these wild or macabre adventures and find their circumstances less tragic in comparison.

Where the Water Tastes Like Wine is, at its core, about empathy. But unlike most games, you aren't righting everyone else's wrongs: It takes the lonelier road of simply having players hear people's (often sad) stories and bearing witness to what they've become. Inaction is, in some ways, more challenging than finding the right thing to say. This further sets the game apart from recent conversation-heavy titles like The Council.

But the game has more for you to witness, something so rare in modern gaming: A positive portrayal of America between the coasts. Last year's Resident Evil 7 and Outlast 2 present the rural US as a den of uncouth savagery, a retreat of murderous psychopaths -- and the upcoming Far Cry 5 looks like it'll similarly fill its America with backwoods crazies. In contrast, Where the Water Tastes Like Wine is one of the first games in a while that showcases an America that's full of strange, mundane, but, ultimately, sincere people.

It's also one of the few to convey the breadth of the country, too. There's an old piece of advice that visitors to the United States still fail to heed: Don't assume you can drive from New York City to the Grand Canyon in a day. Where the Water Tastes Like Wine commits to the grand size of the nation, and you might find yourself walking familiar highways you've driven in real life, pacing along your own memories. The map might be an artful compromise of the land — tragically, there are no forests — but it gets across a concrete sense of place without resorting to the shorthand of landmarks. You don't know you're passing New York because the Statue of Liberty pokes out of the water; When you overhear an immigrant couple lamenting their separation to work until they can afford marriage, that evokes the city better than the pale green queen ever could.

The soundtrack conveys its own truth about the land, albeit one that's been remixed. Music was central to the game even back when it first surfaced at E3 2015, when Dim Bulb Games founder (and Gone Home alumni) Johnneman Nordhagen reflected on how important the transition and reinvention of songs is to Where the Water Tastes Like Wine: "And that's one of the major themes of the game -- this history of folk culture, of sharing ideas and adding your own take. It's hard to understand, in our current copyright regime, what sharing music and stories used to look like," he said. As you roam across America, composer Ryan Ike's sweet tunes match your steps, along with twanging guitar and half a dozen incredible vocalists. The flagship track 'Vagrant Song' will play regularly, and even shifts in style as you wander into different regions, like the standout Southwest version inspired by Mexican folk and sung in Spanish.

Not everyone is going to play this game, and that's okay. It's easy to master the simple loop of seeding stories at campfires and expertly plucking them from the citizenry later; If you crave heavier gameplay, there's no shame in passing on the title. Yet you'd be missing out on a singular experience to engage with the whole of the United States, a land of immigrants, dreamers and bitter survivors. The game leaps for the stars and jettisons mechanics along the way, leaving players only story and fantastic writing to look forward to. But with a song at your back and a keen eye for the stories that make people tick, Where the Water Tastes Like Wine is a unique game to remind you how wild America always was -- and will be.

In this article: av, gaming, GoodShepherdEntertainment, newirl, wherewatertasteslikewine
All products recommended by Engadget are selected by our editorial team, independent of our parent company. Some of our stories include affiliate links. If you buy something through one of these links, we may earn an affiliate commission.