But can they drown out a noisy amp?

Last year, Marshall introduced its highest-end wireless headphones, the Monitor Bluetooth. They had almost everything you'd want in cord-free cans -- except for active noise cancellation (ANC). Now, Marshall is finally jumping aboard that bandwagon with the $269 Mid ANC. While they're technically part of the company's mid-range lineup, the addition of noise cancellation might make them worth the $30 premium over the $249 Monitor Bluetooth.

Like every pair of noise cancelling headphones, the Mid ANC rely on microphones on the outside of the headsets to monitor noise. That signal is then compared against what you're actually hearing, using another two microphones within each cap, to block out external low-end noise, like the low hum of an airplane. The Mid ANC still let in some higher frequency sounds, so you're not completely oblivious to a car honking as you cross the street. That's not too different from other noise cancelling headphones, though. That technology is great at cancelling out low-end sound, but not so much at stopping high-pitched noise.

Marshall claims its implementation of ANC is better suited at urban environments, where you need to be more alert than if you were just sitting on an airplane. Based on a few days of testing, the Mid ANC did a solid job of blocking out plenty of city noise. It was particularly great at cutting out the random assortments of subway racket. But it didn't sound significantly different than other noise canceling headphones, like Plantronics' BackBeat Pro 2. 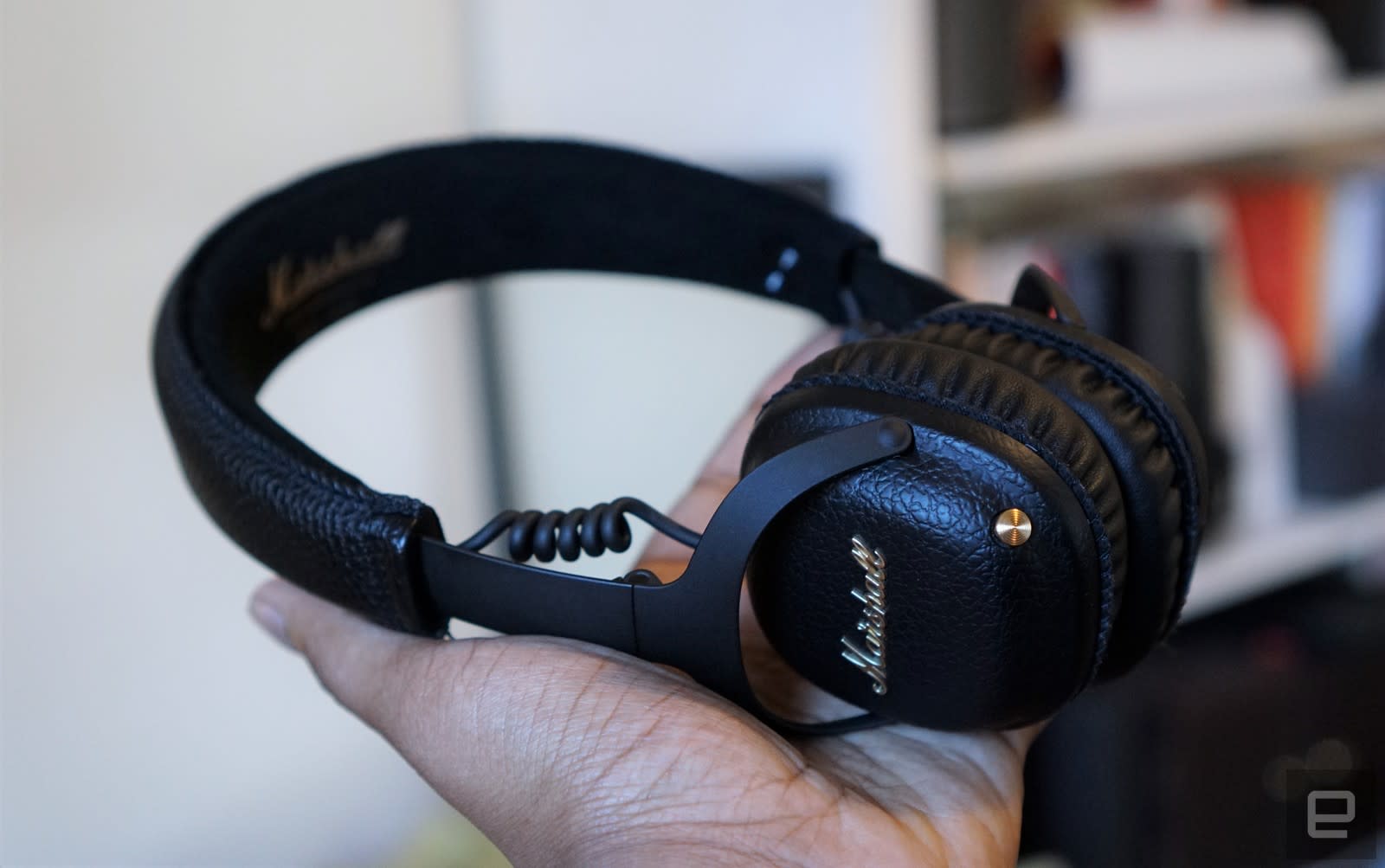 Outside of its ANC performance, the headphones also sound fantastic, with a well-defined (but not overpowering) low-end, and crisp mids and highs. The Mid ANC's 40mm drivers had no trouble tackling my eclectic library of tunes, from film soundtracks to classic soul. Given the way noise canceling works, you typically lose a bit of sound quality when it's activated, but I didn't notice any significant changes with the Mid ANC. The headphones also feature the AptX codec, which will give you a bump in wireless fidelity from supported devices. If quality is your main concern though, and you're not typically sitting in noisy environments, the Monitor Bluetooth might be a better option for you.

Even though the Mid ANC are on-ear headphones, unlike their older siblings which fit over your ears, they're comfortable to wear. The earpads feature a generous amount of foam and are covered in a soft leather-like material. Marshall also upgraded its headband design to be less restrictive, and added a soft felt material on the bottom of the band. As much as I adored the sound quality of the Monitor Bluetooth, I never got used to its tight headband, so I'm glad the company tweaked the fit of this pair. 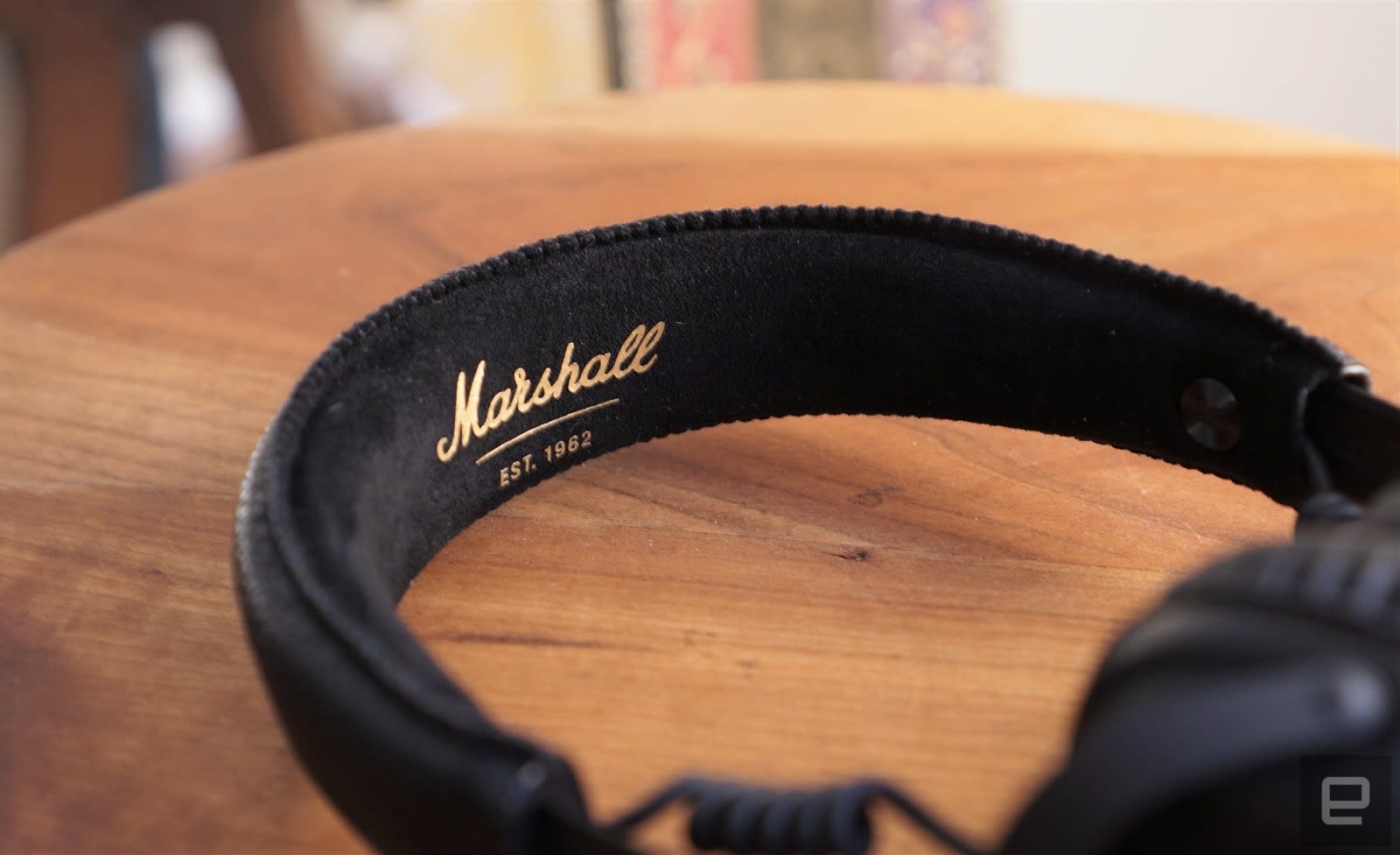 Marshall claims the Mid ANC will last for 30 hours using Bluetooth without ANC, and 20 hours with the feature turned on. And of course, you can also plug in the included line-in cable into the 3.5mm jack if you run out of juice. Just like with its last pair, you can also have a friend plug their headphones into the Mid ANC's 3.5mm jack to share your tunes. They also come bundled with a velvet-lined carrying case -- something that'll appeal to longtime fans of the Marshall brand.