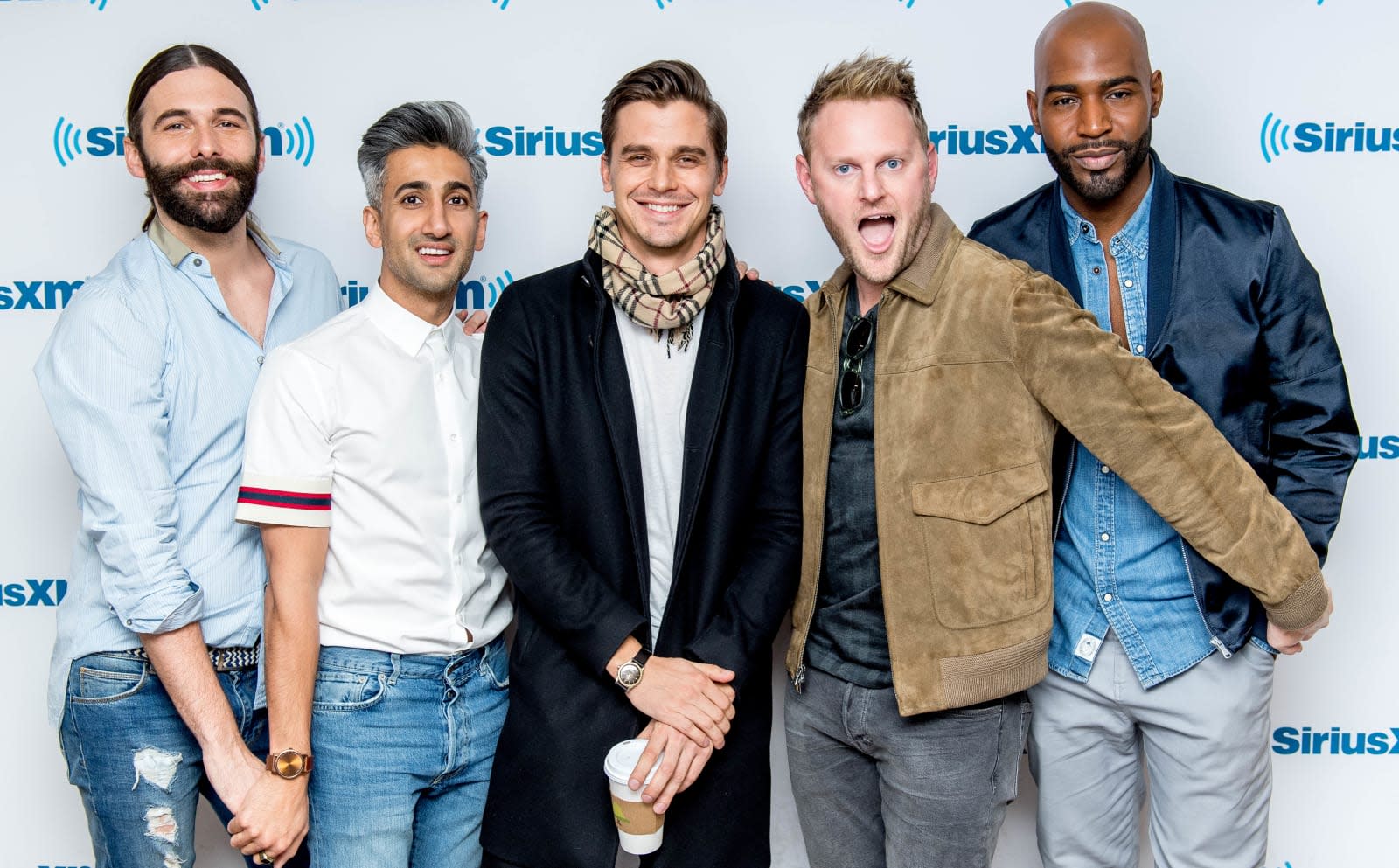 Netflix won't leave you longing for more Queer Eye make-betters forever, because the Fab Five is returning for a second season. The streaming giant has renewed the critically acclaimed reboot, along with four other unscripted shows: Dope, Drug Lords, Nailed It! and The Toys That Made Us. Out of the five, only Dope, which is a docu-series that features dealers, users and cops, has a Season 2 premiere date set on April 20th, but at least you now know if your fave show has more episodes on the way.

"These series are indicative of what we're trying to accomplish for Netflix unscripted: working with world-class producers to create the best unscripted shows on television. These series elevate the genre with innovative takes on familiar formats. They deliver immersive and nuanced stories. They elicit so many emotions from viewers, from tears of laughter to tears of joy -- and that's just Queer Eye."

Queer Eye sets itself apart from the original series by venturing outside of New York and into Red State America, blessing straight men and their houses with makeovers. Drug Lords tackles the biographies of the most notorious drug kingpins, while The Toys That Made Us is a documentary on the most prominent and recognizable toy lines. Finally, Nailed It! is a baking show for home bakers who tend to mangle their creations as they compete for a $10,000 cash prize.

In this article: entertainment, internet, netflix, queereye
All products recommended by Engadget are selected by our editorial team, independent of our parent company. Some of our stories include affiliate links. If you buy something through one of these links, we may earn an affiliate commission.