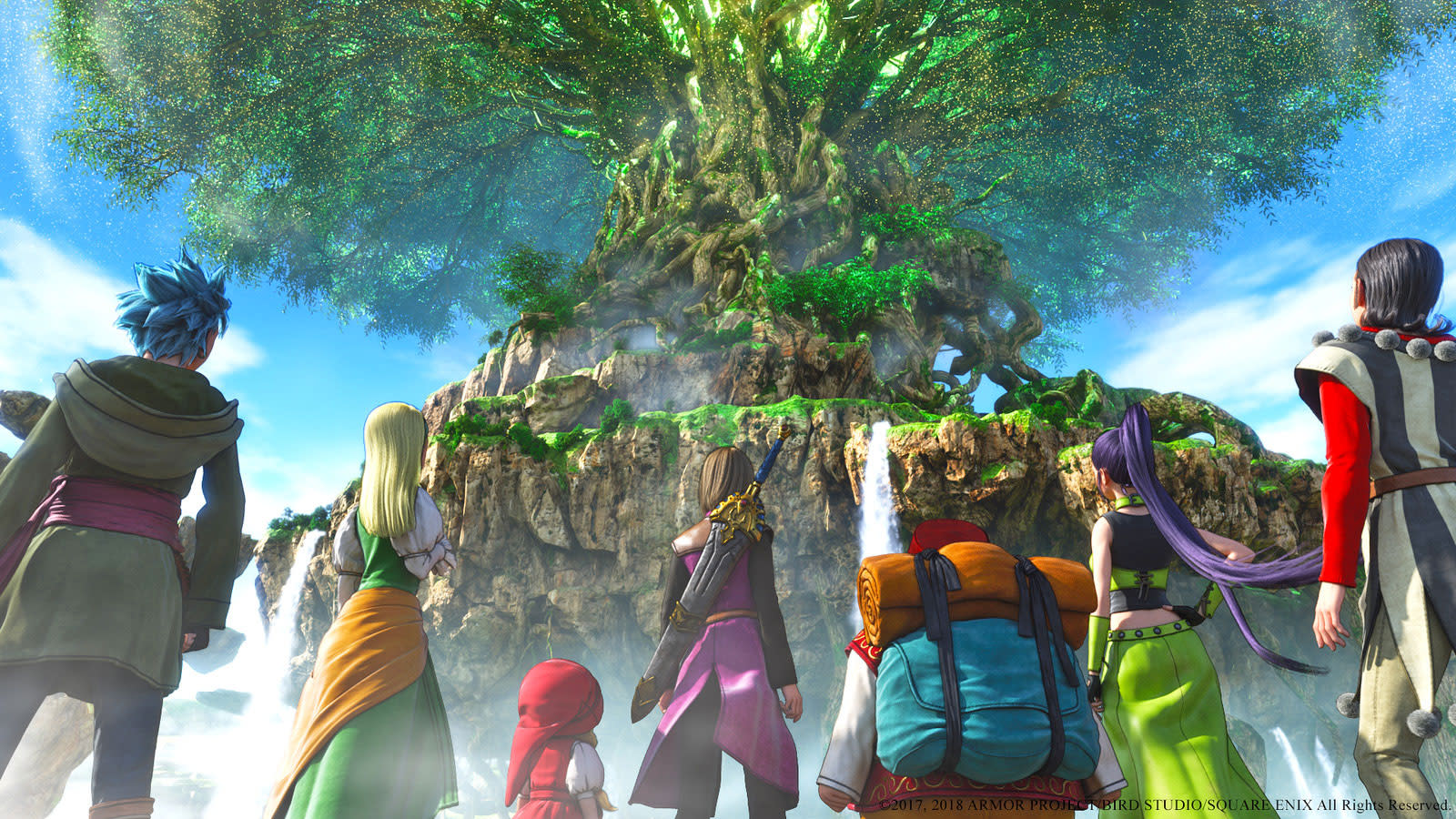 The next game in the Dragon Quest franchise will arrive in North America and Europe on September 4th for PS4 and PC only, but the previously-rumored Switch version won't be coming in 2018. Dragon Quest XI came out in Japan last summer for the aforementioned consoles and the 3DS, and sadly, the game's maker Square Enix decided not to localize the game for Western owners of Nintendo's handheld, according to IGN.

PS4 and Steam players will get to experience the franchise's eleventh game with a few improvements over its Japanese version. Aside from an English voice over, it will also feature the hard mode Draconian Quest, a refined UI, better character and camera movement and the ability to sightsee landscapes and monsters.

The Switch version is in development but won't be coming out this year and could end up being released "much later," a Square Enix spokesperson told IGN at an event. Those interested in the PS4 version can pre-order Dragon Quest XI on PSN today.

In this article: av, dragonquest, dragonquest11, gaming
All products recommended by Engadget are selected by our editorial team, independent of our parent company. Some of our stories include affiliate links. If you buy something through one of these links, we may earn an affiliate commission.