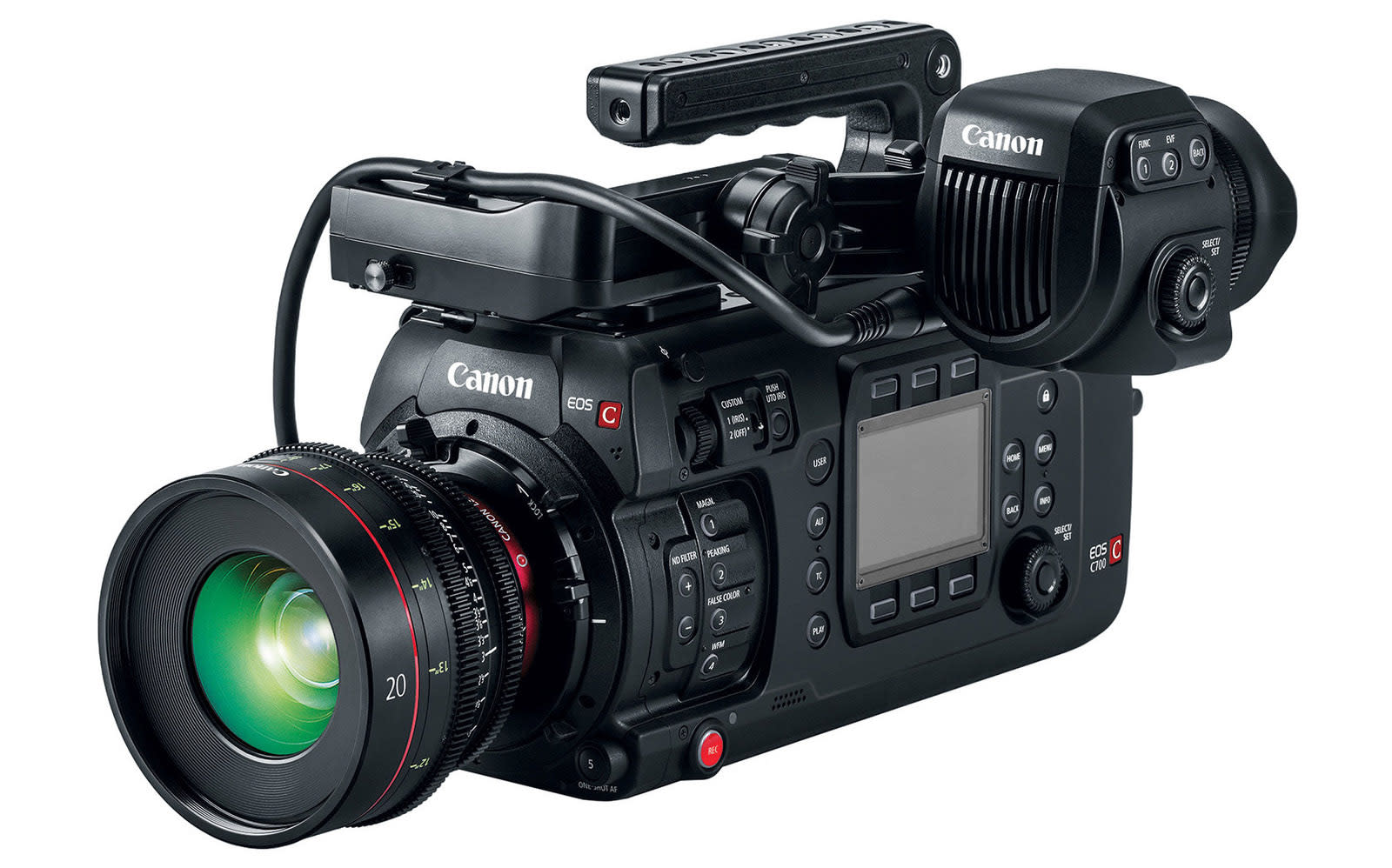 Canon promises a very decent 15 stops of dynamic range and a wide color gamut that conforms to top-flight cinema standards (ITU-R BT.2020). It supports internal 4K capture in ProRes or Canon's XF-AVC format via CFast cards, and offers minimal moire and noise, even at higher ISO settings, thanks to the sensor oversampling. The optional Codex recorder supports up to 12-bit RAW files on 1TB or 2TB capture drives.

With a 17:9 ratio sensor, the C700 FF supports Super 35mm, Super 16mm and anamorphic modes. As such, it can be used either with full-frame Canon lenses or PL-mount and other lenses with a smaller image circle. Other features include Canon's excellent Dual Pixel phase-detect autofocus, HDR via a Log2 shooting mode, the ability to capture proxies when recording RAW video, and up to 168 fps slow-motion in 2K mode. (With the Codex external recorder, you can shoot 5.9K at 60 fps and 4K at 72 fps.) Canon is taking a risk by selling the C700 FF without the external recorder (there's no price on that yet), considering the camera alone costs a whopping $33,000. For a fair amount less, you could get RED's new Epic-W Gemini 5K S35 camera base package, and for a bit more, the Epic-W 8K Helium, also with the base package. Both of those cameras have smaller Super 35 sensors, but both offer native RAW video out of the box.

Despite the $33,000 price tag, though, the C700 FF is one of the cheaper full-frame cinema cameras on the market. Its excellent Dual Pixel autofocus, which trumps all other AF systems on the market, will also tempt independent and documentary filmmakers. Canon is no doubt hoping that potential buyers can live without RAW, "settling" for 10-bit ProRes with data rates up to 810 Mbps, more than double what Panasonic's GH5s can do. That's a decent gamble, because many cinematic releases were shot and conformed in ProRes, not RAW, on the original Arri Alexa camera.