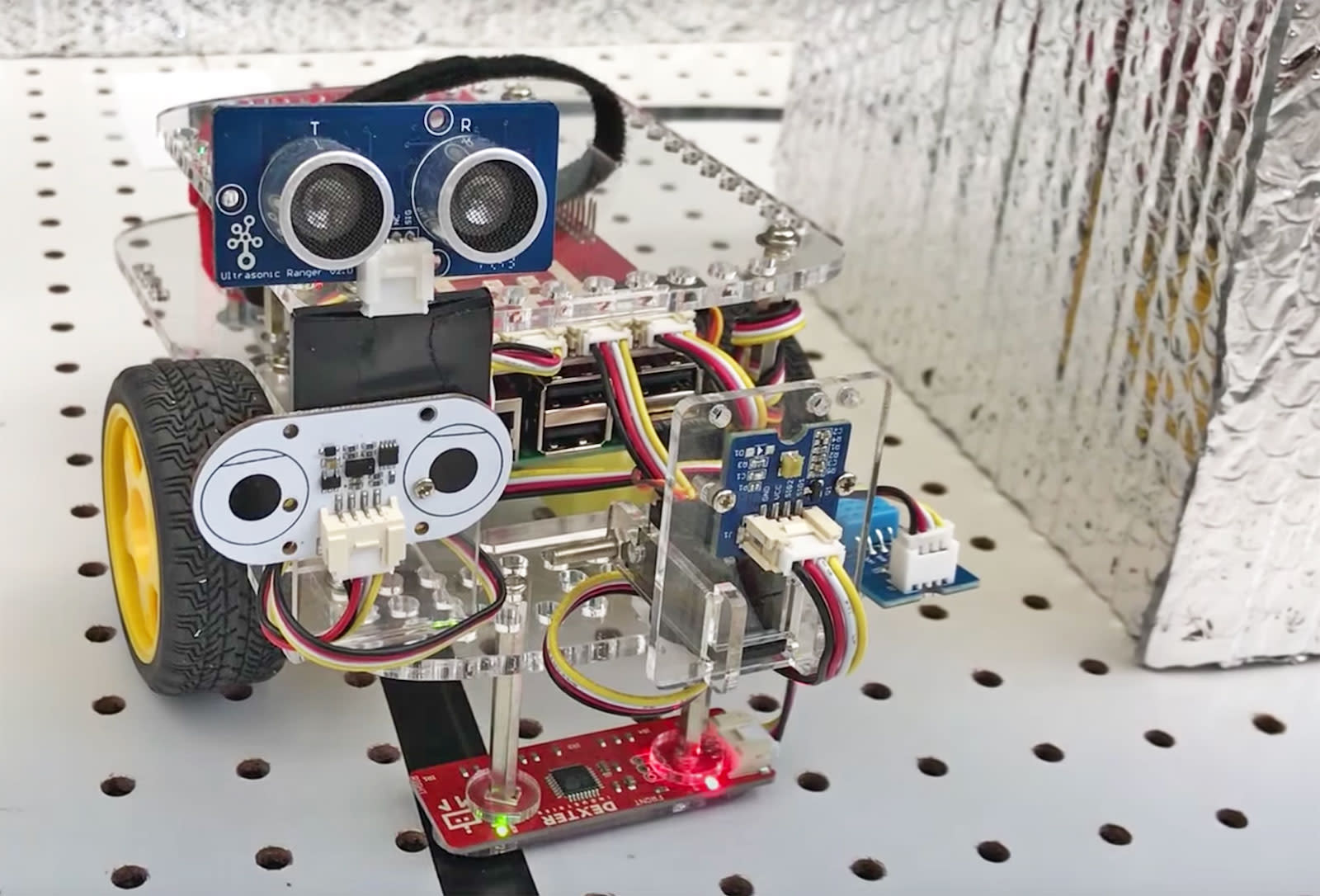 As more and more industrial robots come online, there's an ever greater risk of hackers gaining access to them and taking control of their abilities. In some cases that could mean damage to a product or manufacturing flow, but in other cases, it could result in harm to nearby humans. That's why researchers at the Georgia Institute of Technology are developing a robot that can alert users to an ongoing breach and trick hackers into thinking they have control of their target.

Like honeypots used to bait and counteract cyberattackers, the HoneyBot is a decoy aimed at luring hackers and capturing useful information about them that can help targets protect themselves. "Honeypots give security professionals the ability to study the attackers, determine what methods they are using and figure out where they are or potentially even who they are," Celine Irvene, a graduate student on the project, said in a statement.

The HoneyBot's most useful feature is its ability to trick a hacker into thinking it's doing what they want, though in reality, it's often doing something else. "The idea behind a honeypot is that you don't want the attackers to know they're in a honeypot," Georgia Tech Professor Raheem Beyah said. "If the attacker is smart and is looking out for the potential of a honeypot, maybe they'd look at different sensors on the robot, like an accelerometer or speedometer, to verify the robot is doing what it had been instructed. That's where we would be spoofing that information as well. The hacker would see from looking at the sensors that acceleration occurred from point A to point B."

In tests, the research team had users remotely direct the robot through a maze. They could choose to go through shortcuts that would help them complete the maze faster, but in reality, no such shortcuts existed. However, participants given real motion data and those fed fake sensor data that suggested the robot took the non-existent shortcut both found their information to be believable. "This is a good sign because it indicates that we're on the right track," Irvene said.

The HoneyBot is still in development and so it's unclear how effective it will be in practice. But it's an interesting answer to a growing risk. You can see more about the HoneyBot in the video below.

In this article: cyberattack, cybersecurity, gadgetry, gadgets, gear, hackers, honeybot, honeypot, internet, research, robots, security, video
All products recommended by Engadget are selected by our editorial team, independent of our parent company. Some of our stories include affiliate links. If you buy something through one of these links, we may earn an affiliate commission.