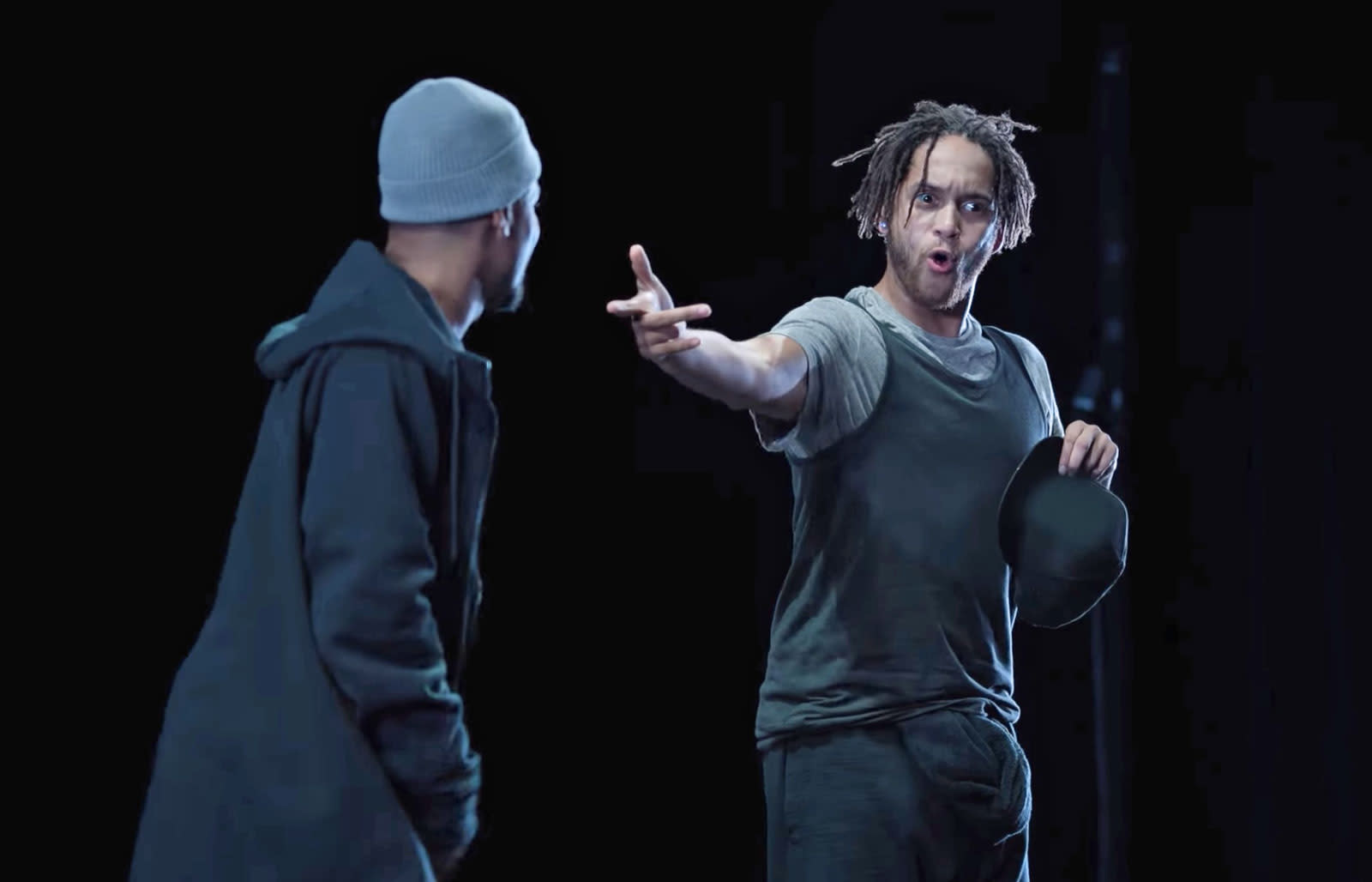 Despite Spike Lee going over to Netflix to reimagine his classic film She's Gotta Have It as a series, the cinema auteur has deep ties with Amazon. He created its first original film, the musical Chi-Raq, and has another project debuting on the streaming provider later next month: Pass Over, a film-play hybrid.

My new film @PassOverMovie is coming to @PrimeVideo on April 20. Check out the official trailer.pic.twitter.com/PMyjhyHL6n

Lee filmed a 2017 performance of the play Pass Over during the its run at Chicago's Steppenwolf Theater. The production takes Waiting For Godot's two-person existentialist setup and stages it in a city, besetting the pair of black leads with a predatory cop and clueless white bystander. It's a recording of a play before an audience, but this isn't local Shakespeare on public access: Lee brings all his deft cinematic flair to frame powerful performances by actors Jon Michael Hill and Julian Parker. The filmed play comes to Amazon Video on April 20th.

In this article: AmazonStudios, AmazonVideo, av, entertainment, SpikeLee, StreamingVideo
All products recommended by Engadget are selected by our editorial team, independent of our parent company. Some of our stories include affiliate links. If you buy something through one of these links, we may earn an affiliate commission.