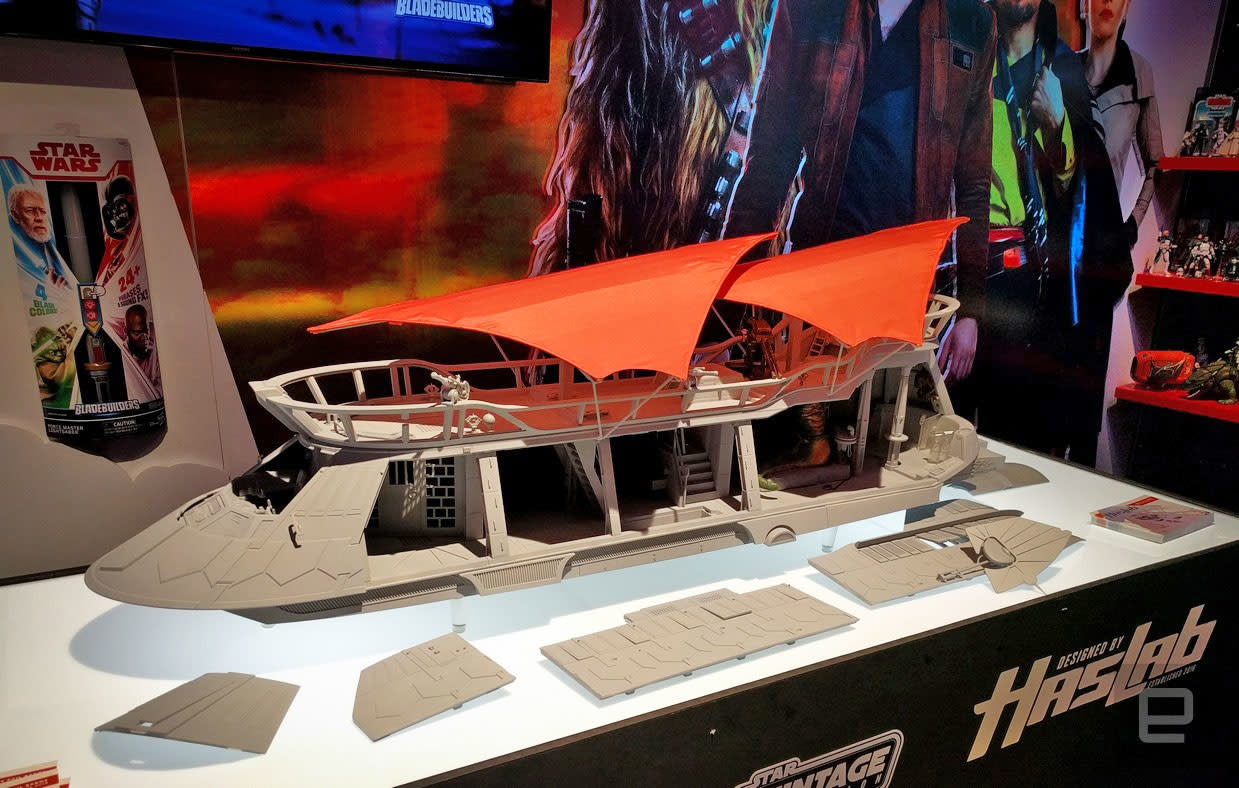 The huge Jabba the Hutt barge replica Hasbro showed off at Toy Fair this year will soon become a real item making its way to backers' homes. That's because the toymaker's first HasLab project, a program that takes a leaf out of Indiegogo's and Kickstarter's books, is a raging success. It has raised over $2.7 million in funds from over 5,500 backers (as of this writing), eclipsing its original 5,000-pre-order goal. And it has the potential to make more: The campaign still welcomes Star Wars fans willing to shell out $500 for a four-foot-long Khetanna with impressively detailed decks until April 3rd.

The barge's replica is the biggest Hasbro-branded Star Wars toy yet, much bigger than the company's Millennium Falcon replica that measures 2.6 feet in length. Hasbro will bundle the barge with a 3.75-inch Jabba the Hutt and Yak Face figures that can fit inside the toy. Speaking of its interior, the barge has a two-person cockpit, a galley, an armory and a lounge inside, all of which are as detailed as the toy's exterior. Hasbro plans to ship the toy's 64-page booklet companion as soon as April 4th this year, but the barge itself won't sail its way to backers until February 28th, 2019.

In this article: art, entertainment, hard drive, hasbro, haslab, jabba, replica, starwars, toy
All products recommended by Engadget are selected by our editorial team, independent of our parent company. Some of our stories include affiliate links. If you buy something through one of these links, we may earn an affiliate commission.